Mexico and the United States agreed to work to avoid “irregular migration flows”. 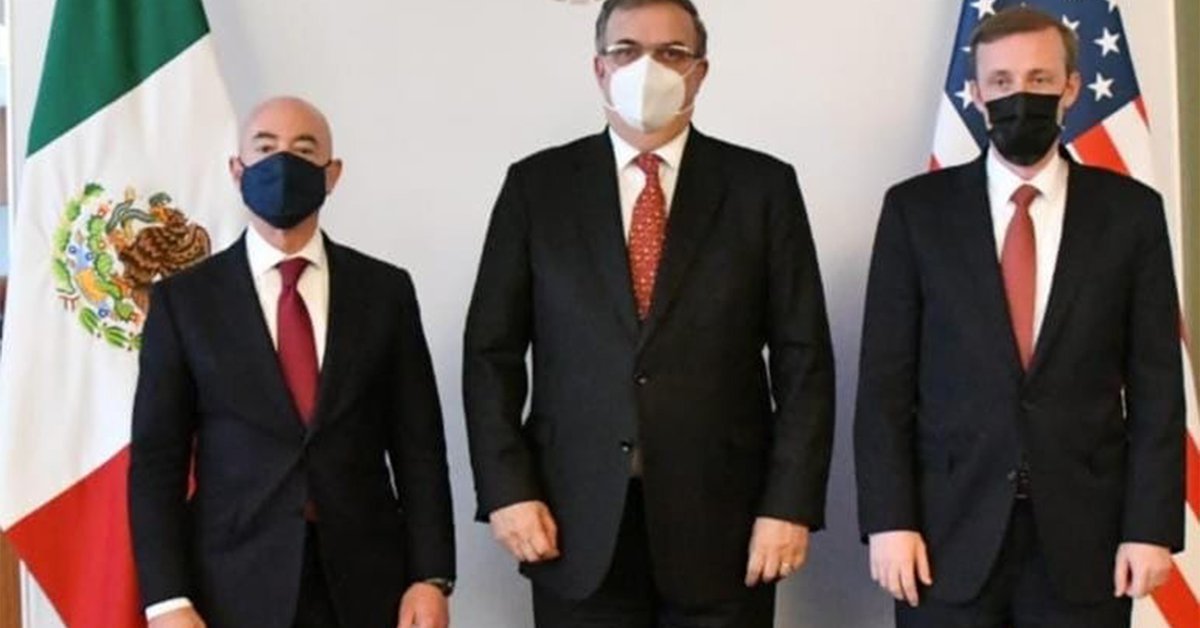 The Mexico-US meeting took place on the afternoon of Tuesday, August 10 (Image: SRE)

Minister of Foreign Relations (SRE), Marcelo Ebrard Casaubon, accompanied by a delegation from the diplomatic corps of the Government of Mexico, chaired a working meeting to advance the issues of Migration in the regionAnd border security NS Economic growth With a US entourage.

The exchange of words was led by Jake Sullivan, National Security Adviser to President Joe Biden, and Secretary of Homeland Security at the White House, Alejandro Mallorcas, by the North American country.

The focus of the two groups was in compliance with the follow-up to the dialogues that President Andres Manuel Lopez Obrador had with the President of the United States, Joe Biden, and vice president, Kamala Harris, Over the Priority issues on the bilateral agenda and regional from both countries.

For his part, Foreign Minister Ebrard stressed the importance of not only bilateral cooperation, but also Investing in public policies that generates employment opportunities in North Central American countries, short term.

While the US delegation said it agreed to expand cooperation between the two countries and analyze effective policies for their implementation in the region.

According to the statement issued by the SRE, the US delegation expressed interest in working with Mexico to advance the management of the migration phenomenon from a regional perspective, as well as to implement Cooperation policies of Mexico and Central American countries.

Both countries agree on The Importance of Relaunching the High Level Economic Dialogue (DEAN), which was announced on September 9 of this year. Through DEAN, the two countries will advance together on a range of projects aimed at promoting and accelerating the economic recovery of Mexico, the United States, and North America.

At the meeting, the issue of Mexico’s lawsuit against the arms-producing companies was expected to be addressed (Photo: SRE/Handout via REUTERS)

Later, it was held in the Chancellery A second meeting between officials from the two countries, This time he was there Julio Scherer, and the Chief Legal Adviser to the Presidency of the Republic, and Lazaro Cardenas BattleCoordinator of the President’s Advisers.

At the meeting, officials from the Government of Mexico introduced Priorities of President Lopez Obrador’s Administration, like Fighting corruption and a more equitable and equitable economic development model. Meanwhile, the US delegation emphasized the multiple coincidences in the work programs of Presidents Joe Biden and Andres Manuel Lopez Obrador.

After the first meeting, the former head of the government of the Federal District confirmed, via his Twitter account, that Good deals are on the horizon After weeks of meetings between the two governments, because the visits “are a sign of the confidence that the bilateral high-level national dialogue that exists between our two countries has generated.”

See also  Biden told us he's on the immigrant side: "The Dreamer" Lady Rangel

“We had a friendly and productive sessionJust as it was in Washington in the past few days. Ebrard explained on his social networks that bilateral relations are progressing and going very well.

“Very good meeting”: Marcelo Ebrard in a meeting with the American delegation
AMLO and Kamala Harris agree to ship 8.5 million vaccines from the US
Ebrard finds it unlikely that the US border will reopen on August 21