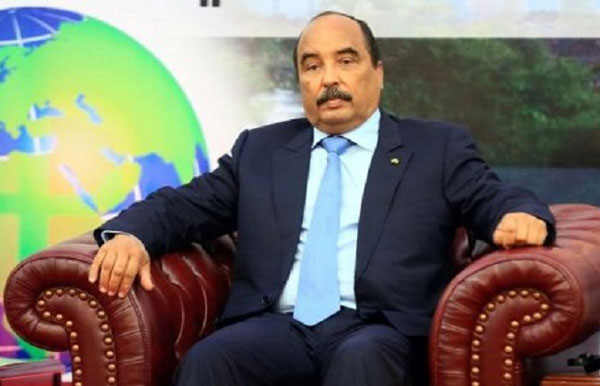 Many coming and going between his house and the spy offices ended up bowing to the former Mauritanian president. Indeed, the investigation into “suspicions of corruption” targeting Mohamed Ould Abdel Aziz led to his imprisonment. Former Mauritanian President Mohamed Ould Abdel Aziz was arrested on Tuesday, June 22nd at around 8pm UTC.
A judge from the Anti-Corruption Unit of the Public Prosecutor’s Office in Nouakchott-Gharb decided to place him under arrest. Moreover, the information was confirmed by one of his lawyers.
On March 12, 2021, Mohamed Ould Abdel Aziz, president of Mauritania between 2008 and 2019, was charged with “corruption, embezzlement of public property and money laundering”. Heads always denied.
Mohamed Ould Abdel Aziz ruled Mauritania until August 2019, after seizing power in a military coup in 2008, after deposing President Sidi Ould Cheikh Abdellahi after a political crisis. He was previously one of the leaders of the August 2005 coup that overthrew President Maaouya Ould Sid Ahmed Taya.
He presides over the High Council of State, the transitional organ, after choosing the military council, Ould Abdel Aziz will be elected president of Mauritania in 2009 and then re-elected in 2014. In 2018, he announced his intention to step down from office. his position at the end of his second term. This is according to the Mauritanian constitution of 1991.

READ  Janet Yellen is the first finance minister in US history