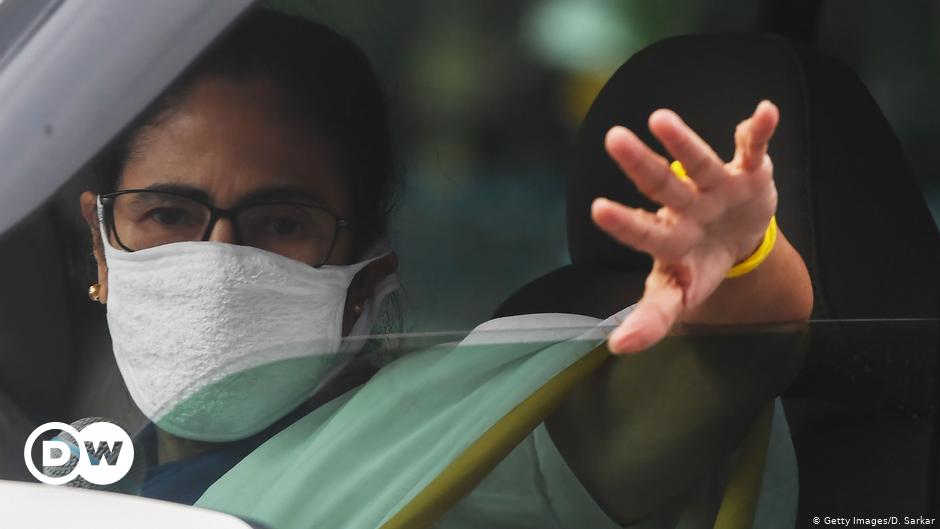 West Bengal Chief Minister Mamata Banerjee seriously injured her left ankle. He was admitted to SSKM Hospital in Kolkata. Transferred from SSKM to Bangur Hospital at 1 p.m. on Wednesday. There an MRI was performed and returned to SSKM. In addition to the ankle, he has injuries to his neck, right arm, right shoulder and ankle. Manimwe Banerjee, head of SSKM Hospital, said this in a Wednesday midnight bulletin.

On Wednesday, Mamata flew to Haldia to present her nomination papers to compete from the Nandigram circuit. From there he arrived at Nandigram by helicopter. He was supposed to attend puja at a temple there. According to the prime minister, there was an unfortunate accident while riding in the car with Pogo at the temple. Allegedly, five or six people came and started pulling the door of his car. The police were not at the scene. The prime minister was injured during the altercation. His leg was seriously injured.

After the gathering was canceled, the prime minister departed for Calcutta. He was transferred to SSKM Hospital with a green corridor. Accepted in cabin # 12 in Woodburn Ward. Doctors said he would be under observation for 48 hours. She is scheduled to have an MRI scan again on Thursday. But doctors said the left ankle injury was serious.

Meanwhile, political pressure began with today’s incident. Mamata herself said that she had been attacked by a conspiracy. On the other hand, BJP spokesperson Shamik Bhattacharya said: “We wish the Prime Minister a speedy recovery. The Federal Ministry of Interior has been informed. Additional security arrangements will be made for the Prime Minister if necessary.” Despite Shamik’s comments, he described a section of the BJP leader The Janata incident as a “drama.” Congress leader Adair Choudhury said the same.

People say in a part of Nandigram that a pole hit the door of the Prime Minister’s car. That’s when he was injured. Again, some people say, there were quarrels with some people. The prime minister was injured in that. A video appeared. There is a brawl scene about a Mamata car, the scene is ambiguous.

The incident of the prime minister being injured before the elections has created a lot of tension in politics in West Bengal.