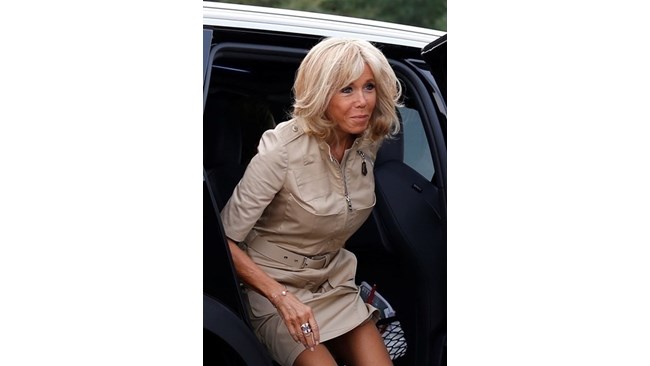 French President Emmanuel Macron’s wife, Brigitte, has filed a series of lawsuits against the authors of rumors that she was giving birth to a man, Jean-Michel Trono. The rumors are gaining incredible scope on French Twitter, writes Le Figaro.

The article claims that a large-scale three-year investigation has established Brigitte’s masculine beginnings, and is backed by “many experts”. Published monthly and each issue has 12 pages filled with a number of outlandish theories about public figures, BGNES reports.

Natasha Ray, the journalist allegedly being investigated, gave a lengthy four-hour interview on YouTube on December 10. The video had reached 470,000 views before it was deleted. The #JeanMichelTrogneux later became one of the most discussed topics on French Twitter last week. In just one week, over 34,000 tweets used the hashtag.

This is not the first time that a woman has been subjected to such theories. The former first lady of the United States, Michelle Obama, was the first to suffer in 2017.
Now the strange theory appears just months before the next presidential election in France, which will take place
In April next year.

Opinion polls have so far shown that Macron, who has not yet officially announced his candidacy, will win a second term. Right-wing leader Marine Le Pen is considered Macron’s main rival in the presidential race.

Candidates for the post include Yannick Gadeau of the Green Party, Anne Hidalgo of the Socialist Party and Jean-Luc Mélenchon.