Luca Marinelli and Alessandro Borghi are back together 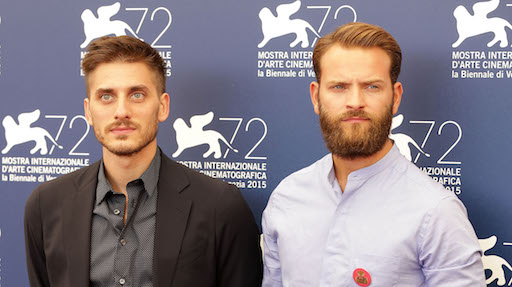 They will be the big heroes of the film adaptation of “Eight Mountains”.

Important work team in the adaptation of the novel Premio Strega in 2017 the eight mountains by Paolo Cognetti.

To interpret Pietro and Bruno, the protagonists of the story will in fact be two of the best actors on the Italian scene: Luca Marinelli e Alessandro Borghi. Not only; It was also announced that Filippo Timi and Elena Leti will be in the cast.

This isn’t the first time Luca Marinelli and Alessandro Borghi have acted together: the two Romanian actors were actually the two protagonists in the 2015 film by director Claudio Caligari. Don’t be naughty.

Story of the the eight mountainsIt goes through decades of friendship between a young city boy, Pietro, who visits a summer house in the mountains with his parents, and another young man, Bruno, who lives there year-round in the mountains. You wander tirelessly through mountain pastures, explore forests and steep trails, cementing the bond between the two. Twenty years later, when Pietro climbs into the mountains again to seek refuge and make peace with his past, the two will find each other again only to discover that their lives have taken different directions.

Friendship, family, destiny and acceptance will occupy the center of the story, with the pristine natural beauty of the Italian Alps as the backdrop. The Eight Mountains is actually a story of friendship, between parents and children and the choices we make in the lives we make, against the backdrop of the mountains we have to climb both physically and psychologically. A universal story about the relentless search for self-knowledge while being loyal to others.

The Eight Mountains is produced by Wildside Films, while the Belgian will take care of the direction Felix van Groningen, author of 2012 from Alabama Monroe (Oscar Nominated) and recently by beatiful boyAmerican debut with Steve Carell and Timothée Chalamet. Charlotte Vandermerch also directed with Van Groningen: the actress, in her first behind the camera appearance, will also be sponsoring the script. The Eight Mountains will be a co-production from Italy, Belgium, France and the United Kingdom and will be filmed in Aosta Valley, Turin and Nepal.