Lithuanian Interior Minister: Fake scenes filming location in Belarus – all over the world 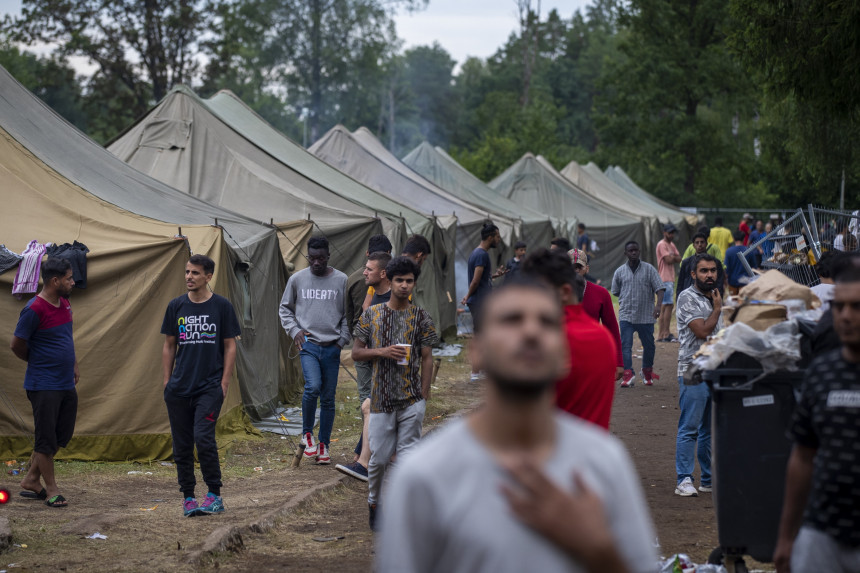 A special filming location has been set up in Belarus to cover fake stories about incidents that allegedly occurred at the Lithuanian border, Lithuanian Interior Minister Agni Belutait told reporters on Wednesday.

“We have information that there is an artificial reception area that simulates the borders and simply depicts certain scenes so that it can later mislead international organizations and spread misinformation,” she told the media before the government meeting, commenting on the increase in misinformation by the government. Belarus.

As the minister emphasized, the Minsk regime uses various means in a mixed attack on Lithuania.

“This time we will ruin the day for the Belarusian propagandists – without waiting for their false news, we will tell everything ourselves. We return to the Belarusian side, and here the show begins,” the caption said.

“Belarusian border guards depict immigrants emotionally telling them “how they were beaten and injured by Lithuanian border guards.” – comments on what appears in this entry in the VSAT.

As Belutait warned, Lithuania and other countries should exercise caution when faced with such false news.

“We have to show that we can be immune to such infractions,” she stressed.

According to the minister, the video materials at the disposal of the Lithuanian border guards are “disseminated as publicly as possible.”

See also  According to a study, 36 minutes of life are lost for every sausage eaten

Belutait added that the upcoming remote meeting of the interior ministers of the European Union (EU) member states will raise issues about financing the construction of the fence on the Belarusian border and about the participation of the main member states in solving the migration problem. calamity.

“The third issue, and one of the most important, is that the legal system of the European Union as a whole is not up-to-date. When a mixed attack occurs on a country, it no longer works. (..) Member states should without holding them accountable,” the minister said.

The Lithuanian Border Guard Service posted a video on Facebook showing the incident, adding that the Belarusian side also posted a video, but it does not show how the migrants are forced to cross the border. Lithuania submitted a note to Belarus in connection with the incident.

Since the beginning of this year, the total number of illegal immigrants detained in Lithuania has exceeded 4100, but as of August 3, according to the order of the Minister of the Interior, the Lithuanian border guards are forcing migrants arriving in Lithuania illegally from Belarus to return .

Lithuanian officials point out that the Belarusian regime is deliberately facilitating the flow of migrants across the border, with Lithuania supporting the democratic opposition in Belarus and granting asylum to its leader, Svyatlan Jyhanska.