The official presentation of the Pixel 6 will take place on October 19, but that doesn’t stop the leaks. This week, images of some of the accessories expected with the device have been revealed a little early.

The The new Pixel 6 will be presented on October 19 Next mark a custom event. But while at the mercy of the leaks The device has become less mysteriousHere, we find out more about some of its accessories. New indiscretion this time allows us to get a fairly clear overview of the new induction charging stand Pixel Stand. We also discover the first images of the new charging interface.

New skins dedicated to the Pixel 6 have also been revealed, but without specifying the major upsets compared to what Google was already introducing a few months ago with the Pixel 5a. So we must find a simple design, elegantly abstract, but also enhanced thanks to a two-layer design: a flexible and transparent outer layer, designed to absorb shocks, and a solid inner layer in which the smartphone is located.

The second generation Pixel Stand is getting ready

But back to the new Pixel Stand. Previous rumors reported in June, that the latter will arrive as a replacement for the model launched in 2018 with the Pixel 3. This new induction charging support appears completely redesigned. It will likely be longer than the current model, with a curved back and a non-circular base. This design is designed to accommodate a fan to cool the stand during wireless charging. It should already accommodate a more powerful recharge of up to 23W, but is also more prone to heating.

See also  Select the last day to get the work done!! Old Android devices will no longer work with Gmail, YouTube and other Google apps. 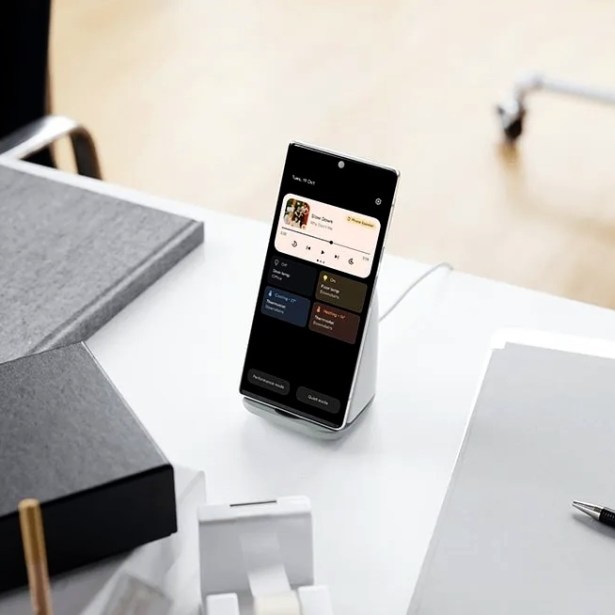 Housed in the new charging dock, the Pixel 6 should also feature a new charging interface. If we want to believe the visuals that have come down to us, it will include the date in the upper left corner, but also controls for media (music, podcasts, etc.) as well as controls for smart devices connected to your network. At the bottom, it looks like Google has added two switches for the “Performance” and “Silence” modes, 9to5Google tells us.

More coincidentally, Google is also preparing to introduce a new power supply unit with an engraved “G” logo. The company indicated this summer that no charger will be included with the Pixel 6, but the group will likely choose to include this new unit with the second-generation Pixel Stand.