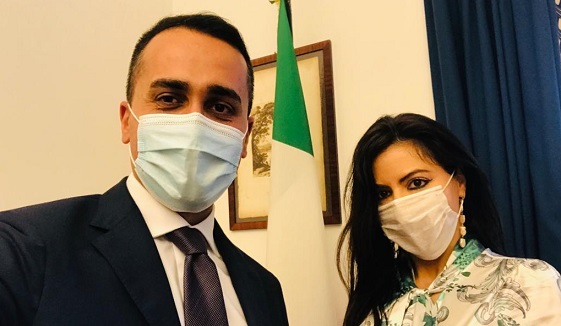 Rome Ease – “Yesterday, Monday, May 24th, I met with the Minister of Foreign Affairs and International Cooperation, Luigi Di MaioThanks to his presence and his kindness, a new exchange of ideas took place on some pressing issues concerning Italians abroad. ” Francesca does not marcaThe Democratic Party deputy elected in Central and North America, who explained with the minister, “firstly indicated the need for an urgent and long-term intervention over time with the aim of overcoming the dangerous state of difficulty which Consular services For citizens and companies involved in internationalization experiences. “
On traditional evils, mainly due to Shortage of staffThe parliamentarian who asked Di Maio, in particular, to “assess the possibility that the following financial measures provide resources for the recruitment of new employees,” noted that the restrictions imposed by anti-epidemic measures have been reversed.
The second point – La Marca adds – concerns case Syndication Network After the epidemic imposed pause, it has effectively reduced the independence and chances of survival of many of these organisms, reducing or eliminating their modest revenues associated with meetings and entertainment events. The minister reserved the right to verify the possibility of finding a solution consistent with the limited resources and the special judicial nature of these societies.
Finally, the Deputy Minister represented, “The necessity to overcome, as happened to those who come from the European Union, on a basis Ten days of quarantine For those from countries, such as the United States and Canada, where the grip of the pandemic has loosened and vaccination plans have reached great proportions. The minister postponed on the orders of the Minister of Health, and in any case made it clear that in the coming weeks there should be news at least for countries that are part of the Group of Seven.
“I sincerely thank the minister for his presence and – in conclusion – for his commitment to seeking concrete solutions despite the difficulties we are going through.” (Easy)