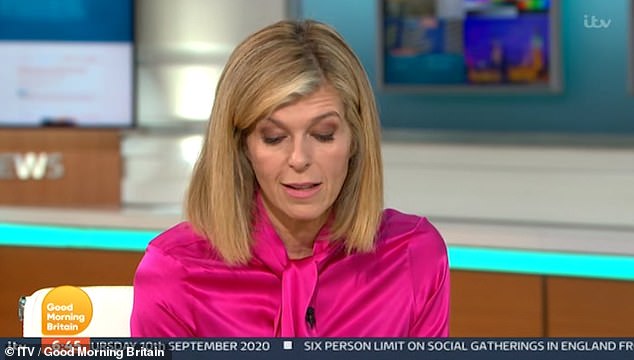 Written by Andrew Bullock for Mailonline

Kate Garaway returned to Good Morning Britain Thursday and acknowledged it was a “tough” day to get back.

Kate, 53, revealed that it also happened that she and her husband Derek Draper are their 15th wedding anniversary and that she is unable to see him due to his constant illness.

Stay away: Kate Garaway returned to Good Morning Britain on Thursday and admitted it was a “tough” day to return

What an extraordinary thing. I wouldn’t be able to see him today, I kind of wished I could see him but it just wouldn’t work that way on the visit … but maybe it would be a little weird anyway.

“Yes, it’s a tough day but it’s still here. There’s not a huge amount of change.

Kate said she hadn’t seen Adel or Susanna in a while, and she continued, “ A lot happens in these two weeks, there are a lot of positives out there, but actually when I see people again it’s the same.

“But you have to think, at least he’s here with you – you have a flash and then a bad day but you just have to keep really working.” 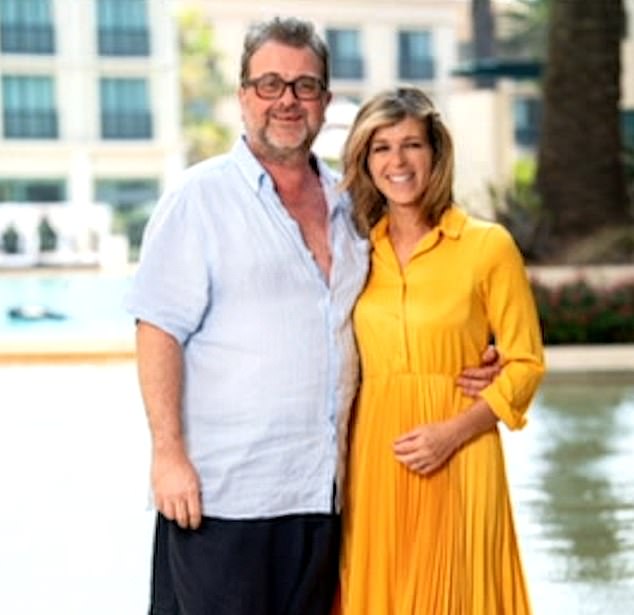 Difficult: Kate, 53, has revealed that her and husband Derek Draper’s 15 years of marriage have also happened and that she is unable to see him due to his ongoing illness 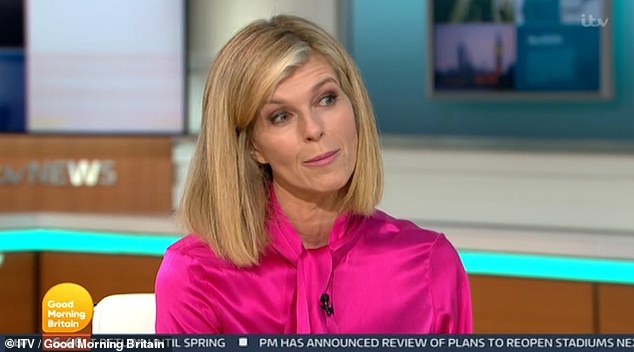 Derek fell victim to COVID-19 in March and was quickly rushed into the ICU and fell into a coma – where he has been ever since.

He is now in limited consciousness and unable to speak – but can hear things. His caregivers have been playing GMB on TV for him, while Kate is on.

In an even more fabulous moment than the Thursday show, Kate was embarrassed when her phone exploded in the air.

After 15 minutes of the live broadcast she was talking about the surprising wedding news of Lily Allen when she received a notice. 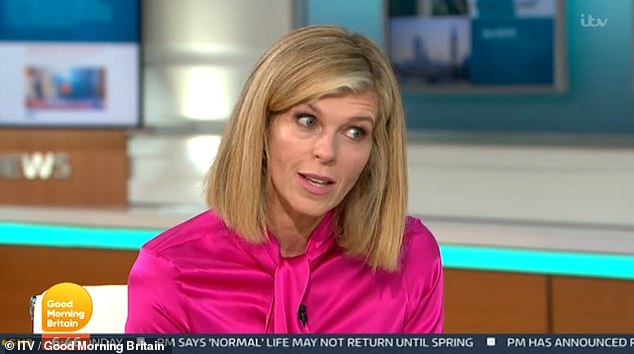 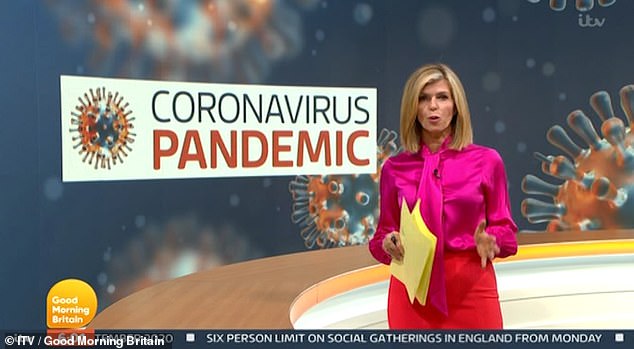 First-hand experience: Derek fell victim to COVID-19 in March and was quickly transferred to the ICU and fell into a coma – where he has been ever since.

She immediately picked up her phone, switched it to silent, and told viewers, “ I’m just going to turn off my phone to silence – I apologize for that – while we get news, travel, weather wherever I am.

Kate returns to the studio after spending a long time to settle her children in school, after six months it has been tough for the family.

Good Morning Britain airs weekdays at 6 am on ITV.