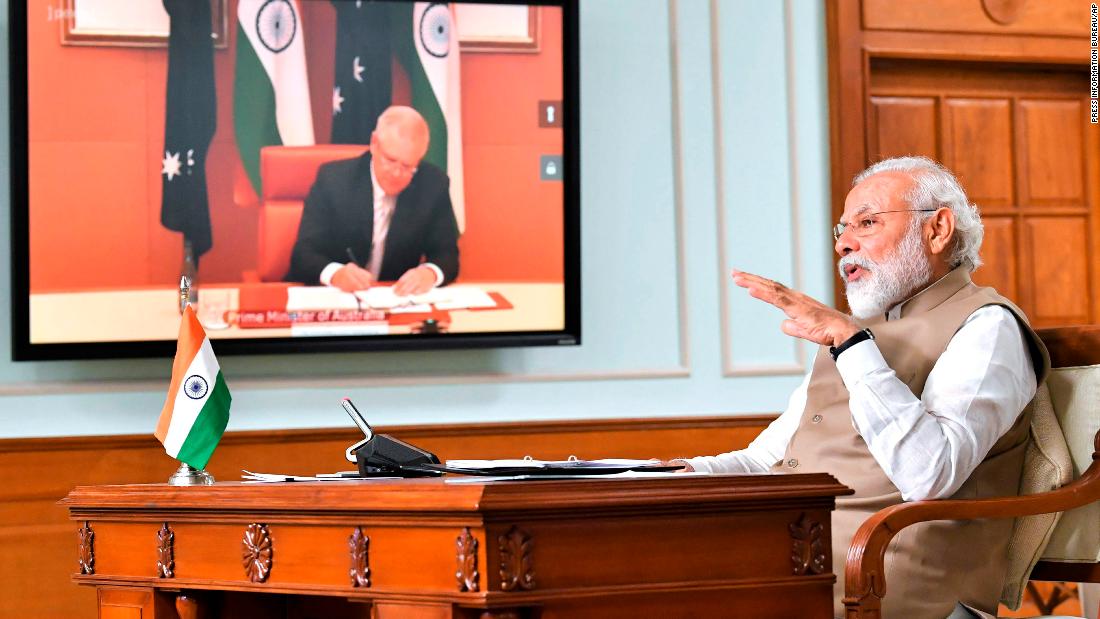 The agreements were announced after a virtual summit between Australian Prime Minister Scott Morrison and Indian Narendra Modi.

“India is committed comprehensively and quickly to strengthening relations with Australia. This is important not only for our two nations, but also for the Indo-Pacific region and the whole world,” Modi said.

“We are committed to the open, inclusive, prosperous role of the Indo-Pacific and India in that region, our region, will be crucial in the years to come,” Morrison added.

The new pacts, known as the Australia-India Mutual Logistics Support Agreement and the Defense Science and Technology Implementation Arrangement, come as rising military tensions in the Indo-Pacific region, which joins the South China Sea, where China has cemented its positions on disputed islands.

A joint post-summit statement said the two countries “share a vision of a free, open, inclusive and rule-based Indo-Pacific region to support freedom of navigation, overflight and the peaceful and cooperative use of the sea.”

The agreements commit the two countries to deepen military integration with more complex exercises and give them access to bases one after the other for logistical support.

China claims to have nearly a million square kilometers of the South China Sea as its own, despite other applicants having borders that are much closer to the disputed waters. In 2016, a court in The Hague ruled that China had no legal basis to seek historical rights in much of the South China Sea.

Australia has long-standing security ties with the United States and has long been present in the South China Sea, conducting air surveillance patrols since 1980, according to the Lowy Institution.

Australian warships are also touring the area regularly, including participating in exercises with U.S. warships in April.

India, meanwhile, is stepping up defense cooperation with the United States, including annual Malabar naval exercises, which bring together the U.S. and Indian armies along with Japanese self-defense forces.

Australian High Commissioner for India Barry O’Farrell said in an interview last month that Canberra would like to join the Malabar exercises, but no invitation was made.

The signing on Thursday followed as tensions continued to rise on the Indo-Chinese border in the Himalayan mountains.