Immigrant: A Swiss woman living her childhood dream in Australia 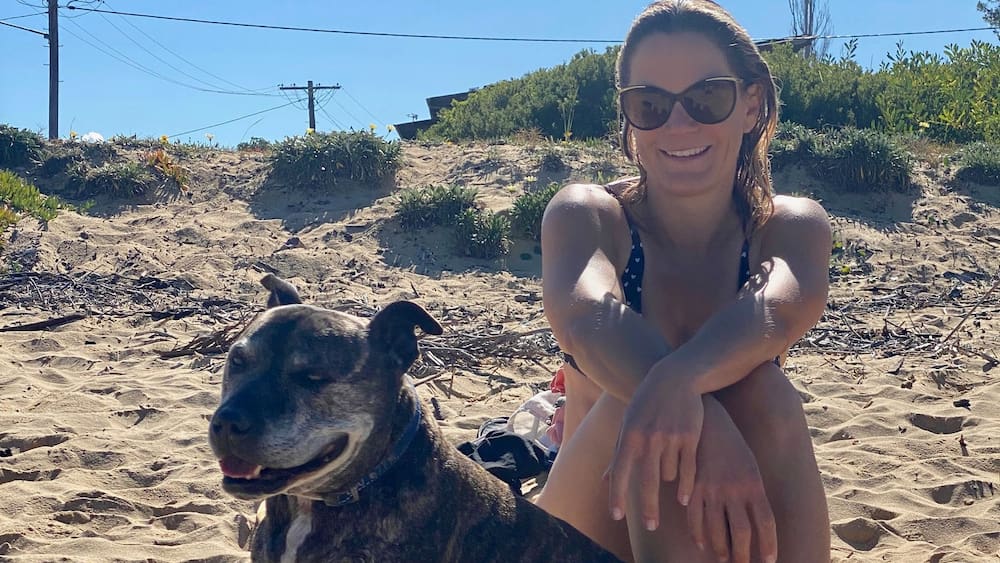 “Sometimes I still think it’s all a dream,” Sandra Furer-Blake says. She is particularly interested in the location of her home in the state of New South Wales in southeastern Australia. It is only 2 km from the sea on foot. “The most beautiful beaches can be reached within five minutes by car.”

Five years ago, the Swiss woman immigrated to the Australian city of Sydney with ten moving boxes and two suitcases. In baggage, a four-year work visa and a marketing position with a distributor of kitchen and household products.

In 2020, about an hour north of Sydney, two kilometers from the beach, she managed to buy a single-family home for about CHF400,000 and has now completely renovated it.

Lots of support from the employer

She was in Australia for the first time when she was 20 years old. She learned English for three months in Sydney and then toured the country with a friend. “I was really excited about Australia at the time and had a dream about emigrating,” she says.

During her stay, she met an Australian with whom she had a long friendship. Six years ago, contact intensified again via Facebook, and Furer returned to Australia for a two-week vacation.

In November 2015, the marketing specialist contacted her employer in Switzerland and expressed her desire to work for the company in Australia. “I was single and also wanted a change in my career.” In fact, after six months I had the opportunity to take on a new job set up by her employer in Sydney.

The travel-loving woman was only able to get her Sydney apartment lease done online two weeks before she left. Arranging with Swiss bank accounts and credit cards also turned out to be tedious. She admits, “I had a feeling of nausea about letting everything go and giving up almost everything.”

It was supported by the employer with visa and work permit procedures. “A week before I left, I was still working for my company on the Züri-Fäscht platform and a week later I landed in Sydney with 40 kilos of luggage,” the Swiss woman recalls. Her Australian friend picked her up and took her to the new apartment, which was provided by Forer’s employer and provided with the basics at short notice in advance.

get out of town

Soon the relationship with the reporter’s friend grew into more. But since he lived for about an hour by plane from Sydney, the couple had a long distance relationship for the first few months until they found a house to rent in Omena Beach. “Sydney is a great city and I found my way fast. But I love the beach life, which is why I moved to Omena Beach in 2017,” says the woman from Zug.

Active and athletic Swiss quickly and well settled in Australia. Friendships arose at work and through sports. “Australians are very friendly and open. At first I only had issues with the language – even though I could speak English well. Understanding the dialect was a bit difficult for me at first.”

Lincoln’s dog as a consolation

The relationship with the partner broke up after a short period of living together. “It was difficult, he left after a few months. That was the goal for me to decide if I would definitely stay in Australia or if I would go back to Switzerland.”

After long phone calls with her father who lives near Zurich, Forer decided to stay in her new home. “We and my ex-partner have brought a dog from an animal shelter beforehand. Lincoln stayed with me and helped me through this time when I was feeling homesick or depressed.”

At the fitness center, the Zug native later met her current partner, Anthony MacVicker (44 years old). “He works in real estate, and because I was interested in buying a property, we started talking. When we first met over dinner, I wasn’t sure if it was an appointment or a consultation,” says the Swiss woman, laughing.

Sandra Furer not only found love with Anthony but also found a home that she rebuilt with him in March 2020, thanks to his support and connections.

The renovation was already completed in August 2020. The Swiss woman is completely happy with the result of the renovation. In the lead up to this, she had major reservations about investing so much money in the house. “Because of the pandemic, prices have gone up dramatically, and my house has already become more valuable. A lot of cities like Sydney are looking for homes on the beaches.”

In addition to Lincoln’s dog, the new partner also moved into Furer. Together they are already facing a second shutdown. As last year, the planned visit of Sandra Forer’s family in Switzerland fell victim to the pandemic. Borders are closed in Australia, Swiss women are working from home again, restaurants, fitness centers and cinemas are closed and only meetings with someone from another home are allowed in her state.

“It’s not a big deal for us because we don’t have any children and we’re in a privileged living situation,” says Sandra Forer. She maintains regular contact with her father and brother via Whatsapp and hopes to be able to visit her loved ones in her old house again next year. Despite her homesickness, the Swiss woman does not regret emigrating, but is currently waiting for a naturalization ceremony to obtain her Australian passport.

“The dream has come true and I have an improved quality of life as a reward. Even if I miss family and friends, especially now with closed borders, I will dare to take that step again anytime. With Anthony, I now have the jackpot in love.”