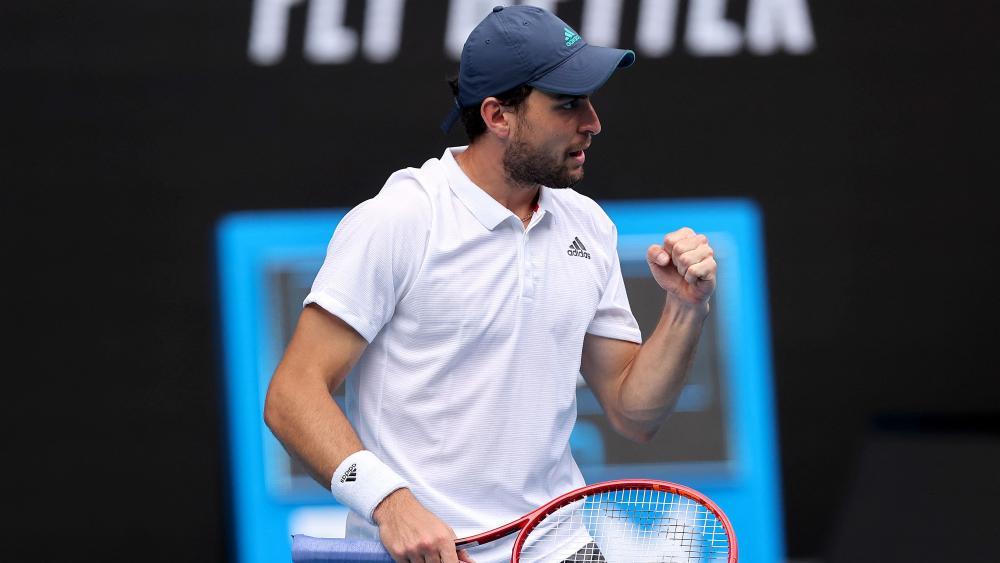 As the first player in professional tennis history, Russian Aslan Karatsev reached the semi-finals in his Grand Slam debut.

At the Australian Open in Melbourne, the 27-year-old Russian qualified defeated Bulgarian Grigor Dimitrov 2: 6, 4: 6, 6: 1, 6: 2 on Tuesday. Thus, number 114 in the world rankings will fight Alexander Zverev of Hamburg or defending champion Novak Djokovic of Serbia for a place in the final on Thursday.

Dimitrov had defeated last year’s US Open winner and finalist Dominic Theam of Austria in the Round of 16, but it was clear that he was in back pain against Karatsev and was only able to move across the field with difficulty near the end of the match. After 2:32 hours, Karatsev made his historic success perfect.

Only after the qualifiers held in Doha due to the coronavirus pandemic and stringent entry requirements to Australia did he win a place in the main square. Now he is the lowest ranked player in the world ranking in the semifinals in Melbourne since Patrick McEnroe in 1991 and in the semifinals of a Grand Slam tournament since Goran Ivanesevic in 2001 at Wimbledon.

Osaka was the first lady in the semi-finals

In the women’s category, three-time Grand Slam winner Naomi Osaka was the first woman to reach the semi-finals. In just 66 minutes, the 23-year-old Japanese won her match against 12-year-old Hsieh Su Wei from Taiwan 6: 2, 6: 2.

READ  Formula 1 | These updates are available from Melbourne Race