Bush Alexander aims to be a tidal simulator at St. John’s Seton Hall 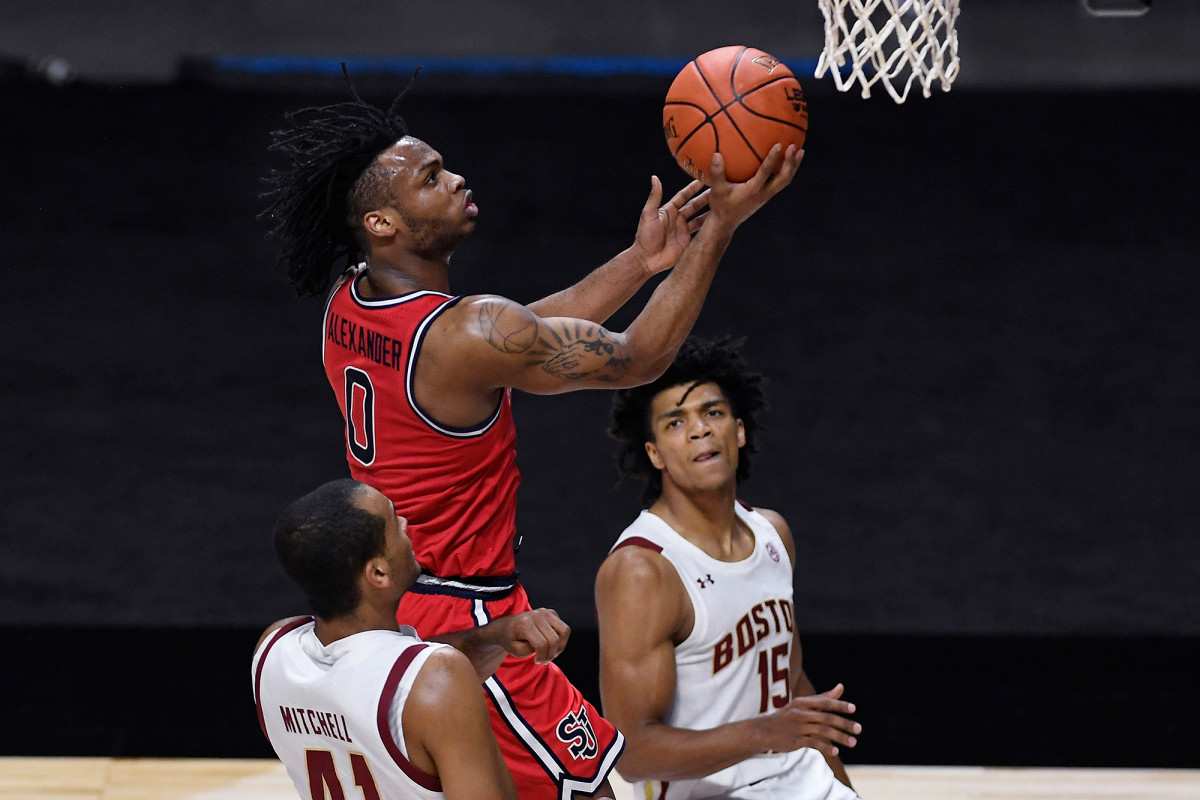 Fitting, and almost poetic, the Posh Alexander Big East op-ed against Seton Hall – the program some thought would land him, the school that did well with the city’s kids in recent years, and which left St. Half a decade.

When the ball is gifted at the Big East Season Friday afternoon at the Prudential Center in Newark, Alexander will be dressed in red, looking to wrest the last pirate dominance over Red Storm and hoping to continue a solid start to his young career.

“I thought it was big,” trainer Mike Anderson told The Post in a phone interview, returning to Alexander’s commitment. “We made a statement, we want the best players in our city, and it fits this template.”

The recruitment of Alexander, who was dropping out of our Savior Lutheran High School and New York Lightning AAU program, was a little secret. His father, Paul, thought he would choose either Seton Hall or Dayton, two other finalists. His current Saint John teammate Julian Champagne expected Alexander, a Brooklyn native, Dayton, and his own efforts to persuade his friend to join Jone’s would not be enough. Neither of them knew how much Alexander wanted to put the spotlight and the responsibility that comes with being a New York City superstar playing for Saint John.

“You put the weight of the city on your shoulders,” said his father, who had been a fan of Saint John all his life. “He wanted to put the city on his back and bring basketball back to New York.”

Until now, Alexander has not had much exposure to it. He immediately started at the base and led St. John to the start 5-1. Although senior goalkeeper Rachem Dunn who missed the past five matches due to a concussion added more responsibility to Alexander, he averaged 9.3 points, 5.0 assists, 4.0 rebounds and 2.8 steals per match.

Anderson never remembered having started as a new coach in his previous 18 seasons as head coach. But as the season approaches, it becomes clear that the player’s 6-foot-tall bull belongs. It was more than his talent, it was his playability, unselfishness and natural instincts that quickly earned the respect of his older team mates.

“He could have an effect on the match without even scoring,” Anderson said. “I think he got a chance to be an outstanding player.”

It was also clear that it was a potential underestimated. At one point ranked in the top 50, Alexander fell off the map after a broken arm nearly cost him his entire young season, and gained even more weight. Returning for his first season, he led our Lutheran savior to the Grind Session Championship, but his ranking didn’t follow.

“Every local person knew how good he was,” said Seton Hall coach Kevin Willard. “That’s why coaches don’t care about tidying up.”

Willard was drawn to Alexander’s toughness and mobility and defense perseverance. He thought it would fit in well with Seton Hall – and follow on the final round of New Yorkers like Isaiah Whitehead, Khadeen Carrington and Desi Rodriguez who attended school across the Hudson River. But Alexander took a different path. He was drawn to Anderson’s impeccable style, playing alongside Champagnie and the cohesive nature of the show in Queens.

Anderson performed well domestically, filling his roster with guys from the city such as Alexander, Champagne, Dunn, Dylan and Sue, Alexander’s classmate in high school. Next year’s recruiting category includes players from the nearby Long Island Lutheran force, Drissa Traore and Raphael Binzon.

Indeed, St. John’s is seeing results. Champagnie was named to the all-new Big East team last year and is the team’s top scorer and striker to date. Wusu was a pleasant surprise as a good defender and ball mover from the bench. Dunn was the top scorer in the first team.

Friday against Seton Hall, St. Johns will be the team with all New Yorkers. Perhaps, after eight defeats in 10 matches against the Pirates, that would lead to a different result as well.