“I want to come back stronger than I’ve ever been in Australia.” 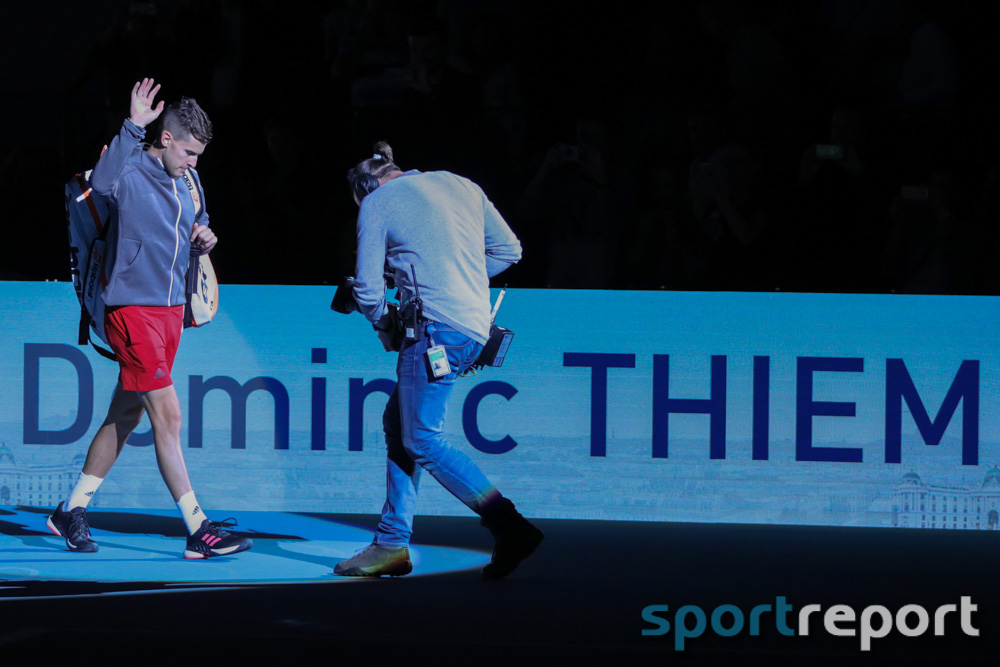 US Open champion Dominic Thiem gives an update on his injury, revealing his next big goal He discusses psychological weapons in court with Michael Stich, Alex Antonich and Stefan Kubic.

Tony Polster is horrified by ÖFB’s World Cup qualifying performance, while Nico Hulkenberg is excited about the serenity of Max Verstappen.

Those were the highlights of the “Sports and Talks of Hangar-7” event on September 6, 2021.

Tennis – Dominic theme
“In two and a half to three weeks it will be decided whether I can put the splint on and start slowly, or if I have to wear it longer. Everything is still uncertain. I have now conservatively given my wrist a chance to heal so that the torn tendon sheath has healed. Take time. ” Dominic Thiem on his injured situation.

“I tried to set myself a clear goal of being strong like never before in Australia. Until I come back stronger than I ever was. But it all depends on my next doctor’s appointment and how the wrist develops.” Dominic Thiem on his comeback plans.

“I’ve been on this hamster wheel for seven years now, which is pretty cool, but it’s also really stressful. I’m almost halfway through my career. It’s definitely good to heal not only this injury, but other ailments in the body as well. I can recover mentally completely “. Dominic Thiem uses forced fracture to reboot physically.

“It was an exciting Grand Slam title and I think the second is no worse than the first. The French Open is a very special tournament for me, since I was young. I lost the final twice and always played well. It would hurt a little if I couldn’t win the championship in my career.” Dominic Thiem has a Roland Garros victory in his sights.

Tennis – psychological court in the morning
“The fact that he could win a Grand Slam will only worry him when he gets to the final and really faces that situation. But then you also have to be careful not to let that idea happen. Because he can weaken you more than he can help you.” Michael Stitch on potential slams in Novak Djokovic’s calendar.

“Tennis in general is a frustrating sport. You often make more mistakes in a match as a winner and leave the field as a loser in several weeks. Many players have two personalities. One is in place and another is outside. But this is often a protective mechanism against all the stress and pressure during the match.” . Dominic Thiem on the horror on the field.

“The endless whining after every point always hurts me. Let things come out at once. One screams and the other pierces the bat. Then it goes out and you can play again.” Stefan Kubik appears as a fan to reduce the frustration of the match.

“You can fight against each other on the field, as long as you as a player do not lose respect for your opponent. No matter what happens. This is the basis of every sport. You have to teach the younger generation that over and over again.” Michael Stitch generally loves the sentiment in sports.

I have never used antics during a game because I firmly believe that you can win a game of tennis with your own skills. You just don’t need any weird actions for this, especially not against the opponent or the referee.” Dominic Thiem plays without psychological games on the field.

We’ve been discussing toilet breaks for years and ATP has found no base. Tsitsipas did not break any rule. The rule should have been introduced a long time ago.” Alexander Antonich calls for containment of long breaks.

football
Perhaps the team was too confident that it would win easily in Israel and that it could make a little less profit. But I would have ruled it out before the match, as we pretty much beat the first two games and were under pressure.” Tony Polster saw a lack of position in the Israel game.

Such errors cannot be explained. You can have the best tactic out there – whether it’s a three, four, five or a pearl necklace. If you make such mistakes, you will always lose.” Tony Polster identifies individual rather than tactical errors as the reason for defeat.

“These coaches always get on my nerves when they say in a post-game interview that they switched from 4-4-2 to 3-5-2 and that things went better after that. But if I had to do it, I didn’t do my homework beforehand or not I really know my team.” Tony Polster is upset about the system changes.

Formula 1
“Hats and respect to Max Verstappen, because of course he sees how many people come only because of him. In the subconscious, he does something to someone, but he completely forbids it and immediately summons his performance. This shows that he is really ready to fight for the title. Nico Hulkenberg admired Max Verstappen’s calm at Zandvoort.

“It will not be the best car anymore and it will have to adapt to the midfield again. There are other laws. But it seems that Valtteri is still hungry and wants to drive.” Nico Hulkenberg during his transfer from Valtteri Bottas to Alfa Romeo.

See also  Where in the world can you see a Sky Super Rugby Trans-Tasman? “Superrugby.co.nz