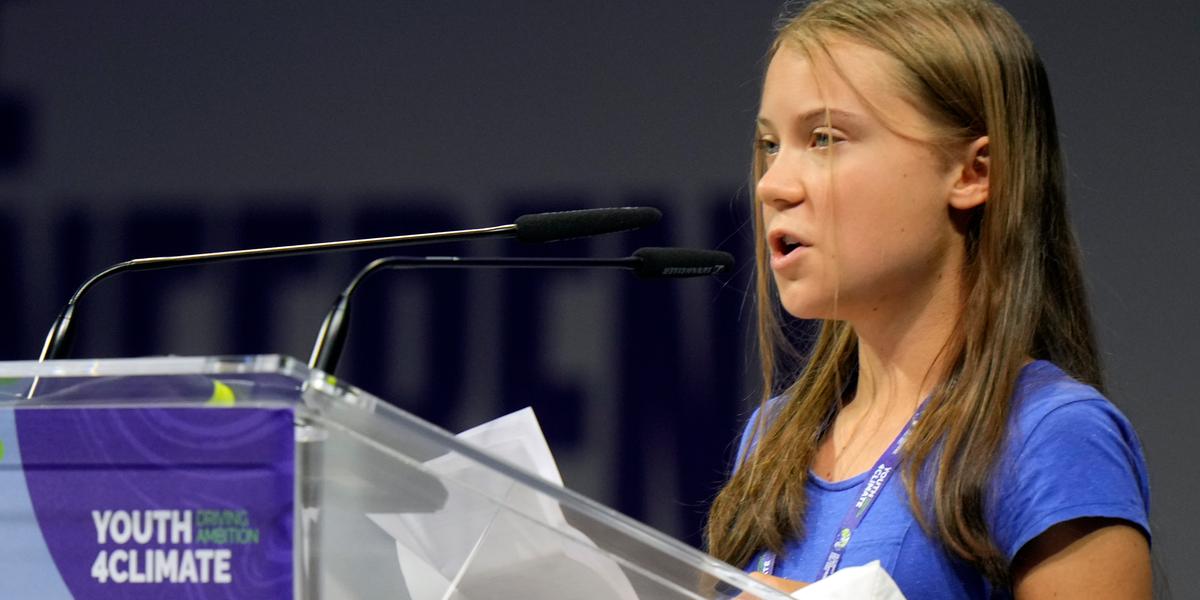 Thunberg doesn’t have any high expectations for the UN climate summit, and she thinks most politicians dealing with the climate issue are hollow.

“That is all we hear from our so-called leaders: words, words that sound good but so far have not led to action, our hopes and dreams are drowned out by their empty words and promises,” Thunberg continued.

– How long should children sleep hungry because their crops have been washed away, because crops have dried up due to harsh weather? She asked and continued:

World leaders see this happening and allow it to continue.

Among the thousands of young people gathering in Milan, about 400 of the 190 countries will present proposals against global warming for three days.

The proposals are then reviewed by climate and energy ministers, who will also meet in Milan this week before the climate conference in Glasgow on November 1-12. The best proposals will be put forward for discussion at the Climate Conference.

The Glasgow climate conference, COP26, is seen as important to achieving the Paris Agreement from 2015. Countries that have ratified the Paris Agreement have committed to trying to limit global warming to below 2 degrees. How this will work in practice is not yet clear.