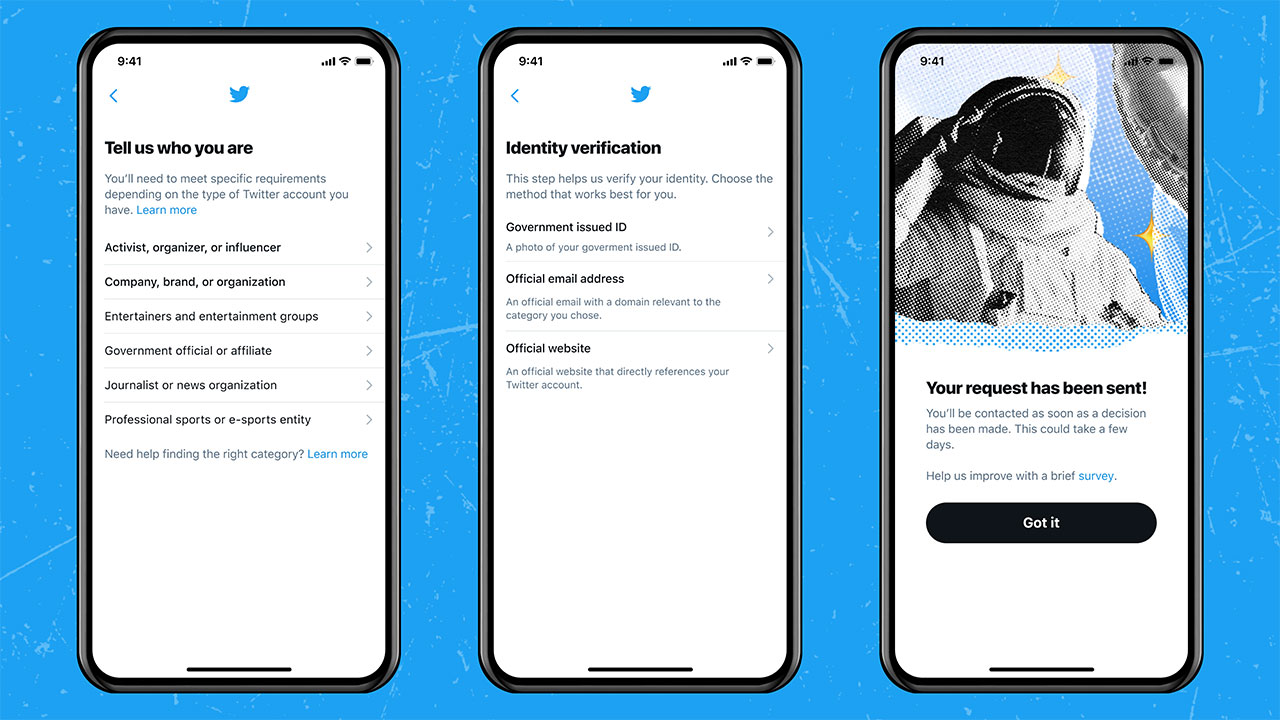 Twitter announced the reinstatement of its new authentication program and a review of public authentication requests. Over the past months, the company has worked to clarify the eligibility criteria for documentation and launched a new policy based on public proposals in several languages. Arabic, English, Hindi, Spanish, Portuguese and Japanese. Twitter began implementing this policy by automatically removing the verification badge from accounts that do not meet the updated criteria for authentication, such as inactive or incomplete accounts.

The introduction of the new documentation program is the next stage in the platform’s plans to provide more transparency, credibility and clarity for the documentation process, which helps people understand who they interact with on Twitter.

The blue badge is one way to distinguish original accounts of great interest in the audience, as it gives people on Twitter more context about the people they are having conversations with so that they can determine if they are trustworthy, which contributes to increasing the health of the conversations, according to Twitter.

With the launch of the new verification program, the platform will provide new guidelines for verified accounts on Twitter. The guidelines aim to encourage healthy conversations to improve the Twitter community in general, as the owners of these accounts seek to lead by example, express others with their tweets, and serve the health of public conversations.

READ  Do not be fooled! This was the biggest cryptocurrency scam done on Twitter by fake Elon Musk

In addition to the eligibility criteria for the categories described previously and mentioned in the Twitter policy for authentication, the account applying for authentication must be complete, which means that it has a user name, a photo, a confirmed email address and a phone number. The account must also be active within the past six months and have a record of adhering to the Twitter Rules.

Over the next few weeks, all Twitter accounts will gradually have the option to request verification in the Account Settings tab.

Once the request is sent, it will be answered via email within 1 to 4 weeks, either by verifying the account or by informing the applicant that the account did not meet the authentication criteria. And if the request is approved, the blue badge will automatically appear on the account. In the event that the request is rejected, people can re-submit the documentation request again after 30 days.

The platform realizes that the current documentation policy may not represent all of the people who should be eligible for documentation, so it plans to introduce more categories later this year, such as scholars, academics, and religious leaders. You can follow the Verified @ account to keep up with the latest developments about authentication.

The company is looking to give people more ways to identify themselves on Twitter in order to have more valuable and healthy conversations by launching new account types in the next few months, such as bot and memorial accounts. It is also seeking to make improvements to the profile to allow people to express themselves better.