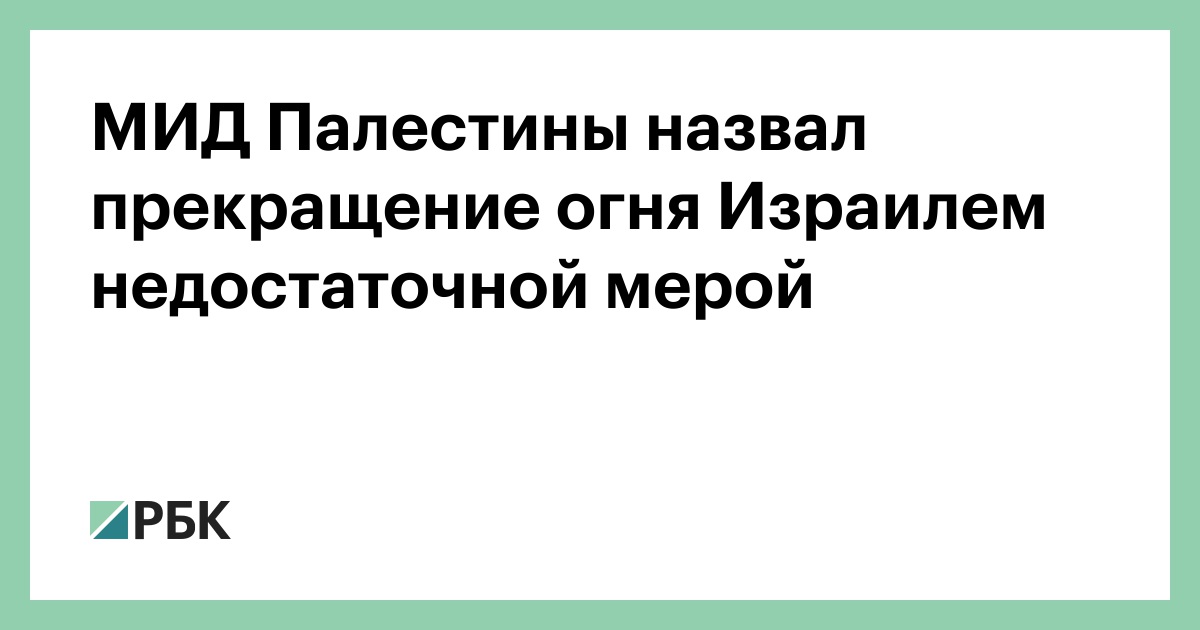 Palestinian Foreign Minister Riyad al-Maliki said that Palestine welcomes the Israeli ceasefire, but that this is not enough. He said that, speaking on the sidelines of the United Nations General Assembly meeting on Israel and Palestine, Transfers Voice of America.

“It is good for the Palestinian people, which includes more than two million people, to be able to sleep knowing that their tomorrow will be brighter. But this is not enough, it is not enough at all,” the minister said.


Israel and Hamas agree to a ceasefire

He recalled that the conflict was caused by the situation of Muslims in Jerusalem and the evacuation of Palestinian families in some parts of the city. The Minister of Foreign Affairs indicated that these problems should be resolved.

During the meeting, the minister said IndicatedIsrael is trying to forcibly expel Palestinian families from East Jerusalem, with the aim of destroying any Arab presence in the city. The representative of Palestine called on the international community not to be satisfied with “watching and sitting” and staying on the sidelines of the conflict. In his view, every country in the world has a responsibility to hold Israel accountable for its actions against the Palestinian people.