Gibraltar will have a passenger border with the United Kingdom, not with Spain Spain 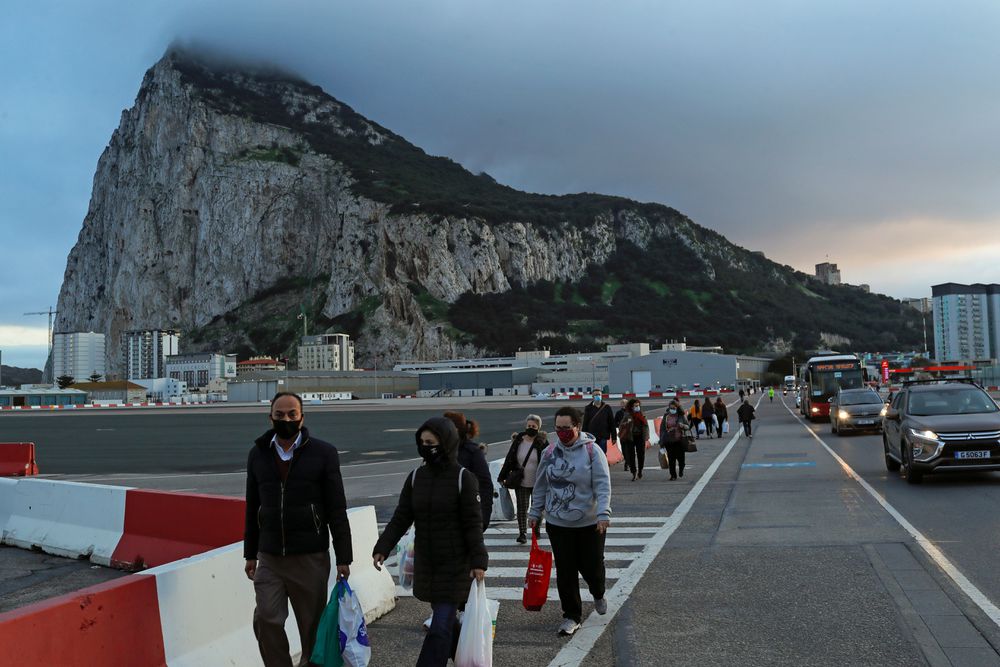 British travel to Tarek mountain From the United Kingdom would have to submit to passport controls to visit their colony, while the Spaniards would be able to enter freely and llanitos – As the people of Gibraltar are known in their region – they will be able to move without supervision through Spain and the 26 countries that have signed the Schengen Treaty, the European region without internal borders. Gibraltar will not have a land border for people entering its territory, but it will have an enhanced airport boundary.

This will be the main practical outcome of the agreement concluded by Spain, the United Kingdom, and Gibraltar to define the relationship of the rock with its Spanish environment from January 1, when Brixi. The final hurdle is the compatibility of the European Border and Coast Guard (Frontex) agreement.

If the ongoing negotiations are successfully completed, Gibraltar, for the first time, with the help of Spain, will become part of Schengen Agreement, Which allows free movement of people across 26 European countries (22 of the European Union, plus Norway, Switzerland, Iceland and Liechtenstein), of which the United Kingdom was never a part.

While the tug of war continues, already in injury time, to avoid a sudden exit of the United Kingdom from the European Union on January 1, Madrid and London – with Gibraltar in the British delegation – negotiated parallel to the colony’s relationship with its Spanish and European environment once Brexit was completed. .

In this second forum, the positions are very close: the parties agree to ensure the free movement of people through the gate in exchange for the airport and the port of Gibraltar becoming the external borders of the European Union in order to control travelers.

This means that those who disembark in the colony can then move freely throughout the Schengen area without being subject to passport control; It is a situation that the people of Gibraltar did not enjoy until now, as the United Kingdom did not sign the treaty. The measure will not only affect the land border with Spain, but from Gibraltar airport it will be possible to fly to 26 countries in European space without borders.

The key is who will control the travelers who arrive in Gibraltar: Spain has accepted that during a transition period, it will not be Spanish police officers who do this, but agents Frontex. The presence of the Spanish police on the rock was a red line for the Prime Minister of Gibraltar, Fabian PicardoSpain temporarily abandoned the “vision” to facilitate the agreement. Therefore, European agents, along with Gibraltar Police, in the exercise of their respective functions, will be the ones who will control passenger access to the colony’s port and airport.

What Spain does not want and can not concede, and this is the last stumbling block in the negotiations, is that Frontex agents installed in the colony depend on and inform the Spanish authorities about them. The Executive Authority of Gibraltar wants the agency to implement entry controls in La Rochelle without any connection to Spain, and that the sources consulted are warning, it is useless.

They remember that Frontex is nothing more than a tool to support EU countries that act on their request, in situations overwhelmed by an extraordinary flow of migrants. In fact, the role attributed to the agency in regular control of arrivals to Gibraltar has few precedents – there was a pilot trial in the Balkans – and required the request of a state party to the European Union, in this case Spain.

Second, the Schengen Agreement is an agreement between states that each bear responsibility for compliance with their common rules at external borders. Spain is the country that has to provide an account to other partners that no one who does not fulfill the requirements enters the European Free Transit Zone via Gibraltar. Sources consulted claimed that the UK cannot do this because it is not part of the agreement and Gibraltar either because it is not a country.

If these parties were to close, Gibraltar would find itself in an unprecedented position: the British wishing to reach the colony from the United Kingdom would have to pass a passport check, but not the Spaniards who wanted to enter the rock from Spain. In return, Gibraltar residents would be able to travel freely throughout Europe. This agreement is particularly beneficial to Peñón, since the so-called cross-border workers (15,000, of whom around 10,000 are Spaniards) who cross the gate daily to work in the colony are already covered by the UK’s withdrawal agreement from the European Union, in effect since the start of this year, and a register has been established. So they can get in and out of the rock only their DNI appears.

However, what has been agreed so far does not include Gibraltar residents who leave the neighborhood to shop, to receive medical care, or because they have a home on Spanish soil. Nor for the millions of tourists who visit the rock from Spain. According to Piccardo, the annual number of crossings in La Vega reaches 30 million, of which only a third corresponds to border workers.

The Schengen Treaty guarantees the free movement of people, but not goods, which must be subject to phytosanitary and customs controls. According to the sources consulted, this problem will be solved by installing checkpoints that will not be present at the gate, preventing traffic from collapsing. The interior has already awarded urgent work to more than four million to adapt customs facilities at La Línea de la Concepción (Cádiz).

The sources consulted insist that both sides have made concessions, and the key is to stop the claim to sovereignty, without conceding it, to seek a pragmatic agreement that benefits everyone, and in the words of Foreign Minister Arancha Gonzalez. Hey Leah, create a “space of shared prosperity”.

“We are a few sentences from a historic agreement,” Picardo confirmed the mystery last Friday in comments to the Cadena SER.

Emergency procedures in the last cabinet

In the last cabinet this year, the government plans to approve a package of emergency measures to counter the effects of Brexit, starting January 1. These actions will be approved if an agreement is reached