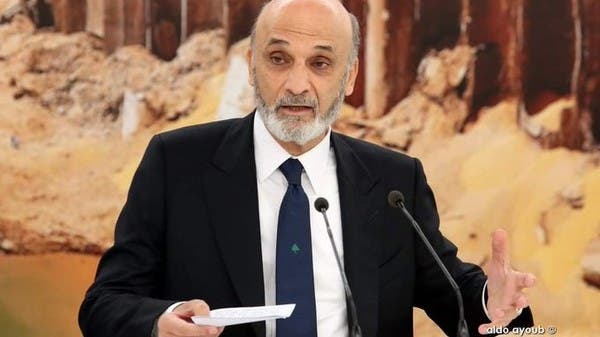 Despite the cautious calm in the Lebanese street after Tayouneh events Yesterday, however, the statements of the Lebanese politicians did not stop, as the leader of the Lebanese Forces Party, Samir Geagea, confirmed that seeking to dismiss the judge in the Beirut port explosion aimed to kill the investigation.

He added, in statements to “Voice of Beirut International”, broadcast today, Friday, that Lebanon will not reach a conclusion in the local investigation regarding the port explosion, so it is better to go to an international fact-finding committee.

He continued, referring to Hezbollah and its allies, “They want to kill justice because it became clear to everyone that Judge Al-Bitar summons whoever he thinks should be summoned,” and indicated that the Forces Party held a meeting “to discuss possible means if Hezbollah managed to impose the killing of justice by force and to change Judge Al-Bitar.” “.

Members of the Lebanese army in Beirut on October 15 (archive)

Possible failure of the security services

In addition, the Lebanese Interior Minister, Bassam Mawlawi, announced that there is a possible failure of the pre-emptive security services in the Tayouneh clashes that erupted yesterday, Thursday.

He explained that the heads of the security services “denied their prior knowledge of dangerous security data.”

He also said that he did not accuse the Lebanese Forces party, adding, “What I said was that we were following up with the organizers of the demonstration, and they did not say that they were in the process of rioting and arming.”

See also  WHO call to countries over Omicron, the new mutation of Covid-19: Don't close borders

The aftermath of the Beirut clashes (AFP)

In parallel, the Lebanese National News Agency revealed that 19 people were arrested in the Tayouneh incidents, who were proven to be involved in the armed clash, which resulted in casualties.

For its part, Al-Arabiya correspondent reported that the Lebanese army carried out raids in Mount Lebanon, and weapons used in the Tayouneh incident were found.

In this context, the government commissioner to the Lebanese Military Court ordered a comprehensive survey of all surveillance cameras in the area of ​​clashes to determine the identities of the militants, according to the official agency.

It is noteworthy that this unprecedented escalation and tension in Lebanon came after supporters of the party and the Amal movement gathered yesterday, Thursday, in front of the Palace of Justice in Beirut to demand the removal of Bitar, but things quickly deteriorated in security, and clashes took place with bullets and shells in the Tayouneh area, Al-Shiah and Ain Al-Remmaneh, which led to 6 dead and more than 30 wounded.

Meanwhile, Hezbollah and Amal militants were deployed in the streets and roads, parading with heavy weapons.

During the past weeks, the leader of Hezbollah had directed several criticisms of the judicial investigator after he demanded the questioning of former ministers and deputies revolving in the party’s orbit.