From the Trevi Fountain to climatic work tables. The second day of G20 live 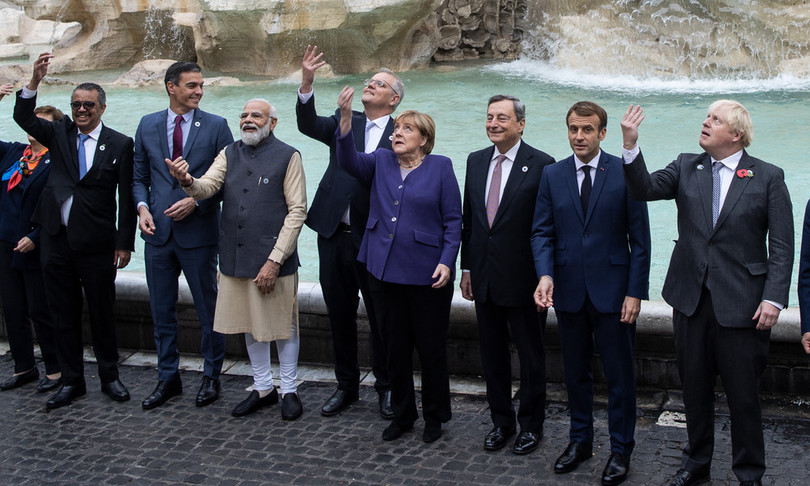 Marathon negotiations between G20 delegates on the summit’s final declaration continued into the late evening of Saturday, October 30. Hence, the summit resumes on its second day. Diplomatic sources made it clear that defining specific commitments to reduce greenhouse gas emissions, even the meetings scheduled for Sunday, seem very complicated. Hence the 2050 goal of a zero-emissions world, which was already bracketed in the first draft of the document, It has now been replaced by a more general ‘half century’.

If China is proposing 2060 as a target, India, which benefits from its status as a developing economy, does not intend to make specific commitments. However, all emerging countries fear that very strict measures to combat global warming will have an unsustainable economic impact.

In the summary of Argentine President Alberto Fernandez, They are noble goals but they “cost money”.. Russia, for its part, can barely digest the pressure on methane, an economic and geostrategic pillar. On the eve of Cop26 in Glasgow does not open, so, under good care. Indeed, it is the warning of the United Nations Secretary-General, Antonio Guterres, that the risk of failure is palpable.

However, US President Joe Biden described the working day at the G-20 summit as “productive”, focusing above all on economic issues. “The global minimum taxes we’ve discussed are a game changer for American workers, taxpayers, and entrepreneurs,” Biden wrote on Twitter. “I’m looking forward to day two,” Biden concludes, posting some photos from the summit.

See also  US delegation in Latin America, what Biden wants