From the Rafale to the Louvre via Energy, the millionaire Macron deals in the UAE 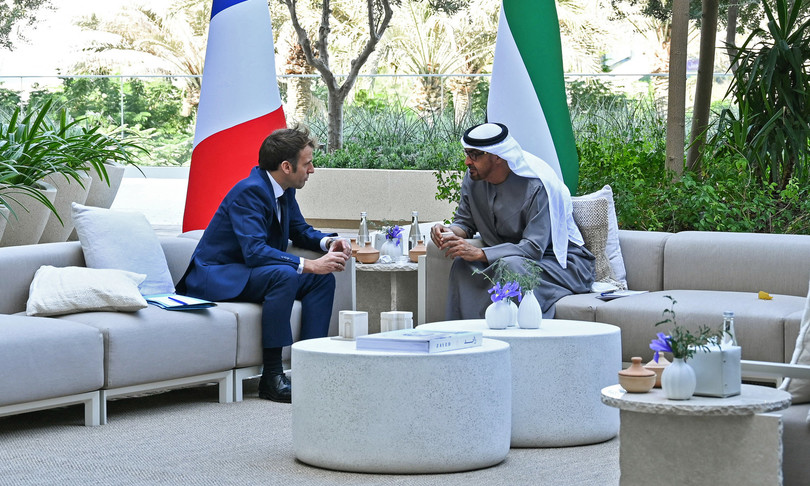 AGI – a “success story,” said Dassault Aviation President Eric Trapierre, commenting on the largest ever French arms export contract: 16.6 billion euros for 80 Rafale fighters, produced by Dassault Aviation SA, as well as Airbus SE 12 aircraft. Caracal helicopters H225 for an additional billion. These are some of the personalities who appeared during President Macron’s two-day mission in the Gulf, in which he traveled to the United Arab Emirates, Qatar and Saudi Arabia with a long follow-up of ministers (Foreign, Economy and Defense), as well as several representatives of the country’s major companies participated in signing contracts and partnerships Economic.

In response to the press gathered at the French pavilion in Dubai, during social media live from the Présidence de la République account, Macron endorsed the economic causes and employment implications of contracts that would make France the second largest arms supplier to the Arabs. The Emirates after the United States: “I defend it enthusiastically,” he said, in response to meeting Saudi Prince Mohammed bin Salman: “Saudi Arabia hosted the G-20 in the presence of all its leaders,” adding: “Can France remain passive in the region? I do not believe. We are a force Balancing. Our role is to act. We cannot act in Lebanon and Iraq and against terrorism, which I remember hitting us in 2015, without talking to the partners who are here.”

According to local news agency WAM, the list of potential areas of cooperation between France and the United Arab Emirates has been extended to 13 chapters: from the environment to the fight against Covid. About 15 billion euros are attributable to the new strategic partnership, which was rejected in accordance with the “France 2030” plan, flanked by an extension of the joint investment on innovation between Mubadala Investment Company and Bbyfrance (4 billion euros) and the agreement. Mubadala itself with the French Ministry of Economy to explore investments in French funds amounting to 1.4 billion euros. On Twitter, a €4.4 billion agreement between ADQ Holdings (which the Arab country pledges to the crucial issue of economic diversification) and France in various sectors, from mobility to logistics to agriculture.

On the energy front, the note mentions projects equivalent to 2 gigawatts by 2030 (4.4 billion euros) between the UAE Renewable Energy Company and France’s Engie; Strategic collaboration between the Abu Dhabi National Oil Company (ADNOC) and TotalEnergies for carbon capture and storage. While Borouge has awarded a contract to France’s Technip Energies, in association with Target Engineering, to build a massive ethane cracker unit in Ruwais, Abu Dhabi.

In the field of space, the Mohammed bin Rashid Space Center and the National Center for Space Studies (CNES) signed a letter of intent to explore cooperation in the Emirati moon mission “Rashid-2 rover”, while the French National Center for Space Studies expressed its interest in providing a new generation. Multispectral cameras and Rover test support.

Finally, separate culture. In 2017, on the occasion of his first visit to the Gulf, the new President Macron traveled to the United Arab Emirates to inaugurate the Louvre Abu Dhabi, as a result of the 2007 thirty-year agreement, amounting to nearly one billion euros, which gave the Emirates the name and many works of the prestigious Parisian museum. . French Culture Minister Roseline Bachelot said last Friday’s visit “confirmed the extension of the partnership for another decade” until 2047.

A final agreement in a series that also sees UAE investments in French territory. Last September, in fact, Macron hosted Abu Dhabi Crown Prince Mohammed bin Zayed at the historic Chateau de Fontainebleau, located on the outskirts of Paris. In 2019, the Abu Dhabi government paid around €10 million to restore the 19th century theater that houses it. Today, it is called the Sheikh Khalifa Theater in honor of the President of the United Arab Emirates.