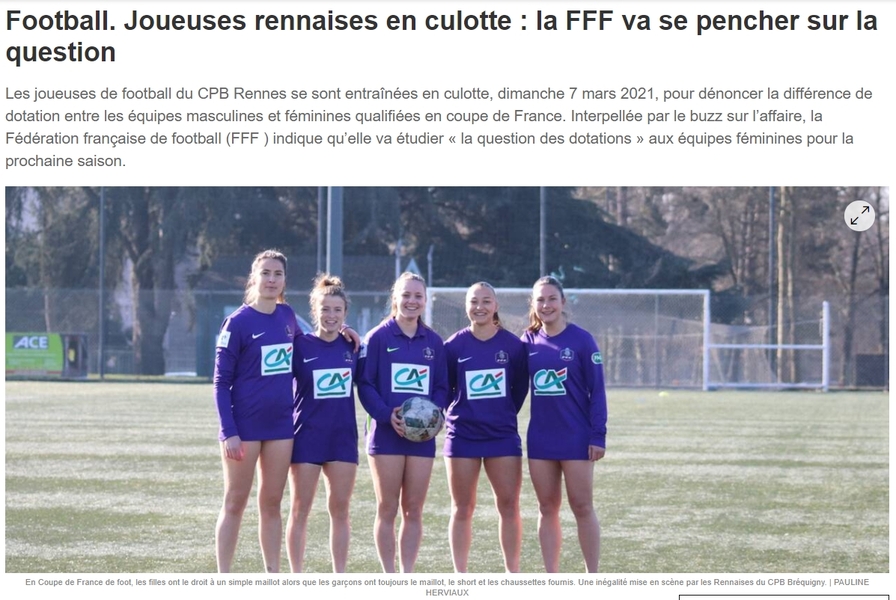 Players from France reported Sunday that they dressed in shorts to denounce inequality in football, according to lefigaro.fr.

In cold weather, Cercle Paul-Bert Brequigny players, near Rennes, trained in shirts, pants and sneakers, without the shorts, socks and leggings.

The girls from the Breton Club wanted this to celebrate International Women’s Rights Day earlier and protest the differences in treatment between men and women in football. Because at the French Cup, the men’s team receives a full set of equipment, socks, shorts and shirts, and girls are provided with only the minimum: one shirt at a time.

So the players of the team developing in the regional division decided to evolve with the equipment they got from the FFF, a shirt, to which they added a pair of panties and a pair of sneakers. So, in that short uniform, but with a smile, footballers hit the ball. Fortunately, the training session didn’t create any embarrassing situation for the few people in the field, News.ro.

“The men’s teams were able to resume matches in three divisions, we are only in one division, even though our second division is at the national level. The same is true for the French Cup. The authorities say it is OK for boys, not girls. Regardless of the context, Disparities remain, “ Player Manon Elware said to West of France.