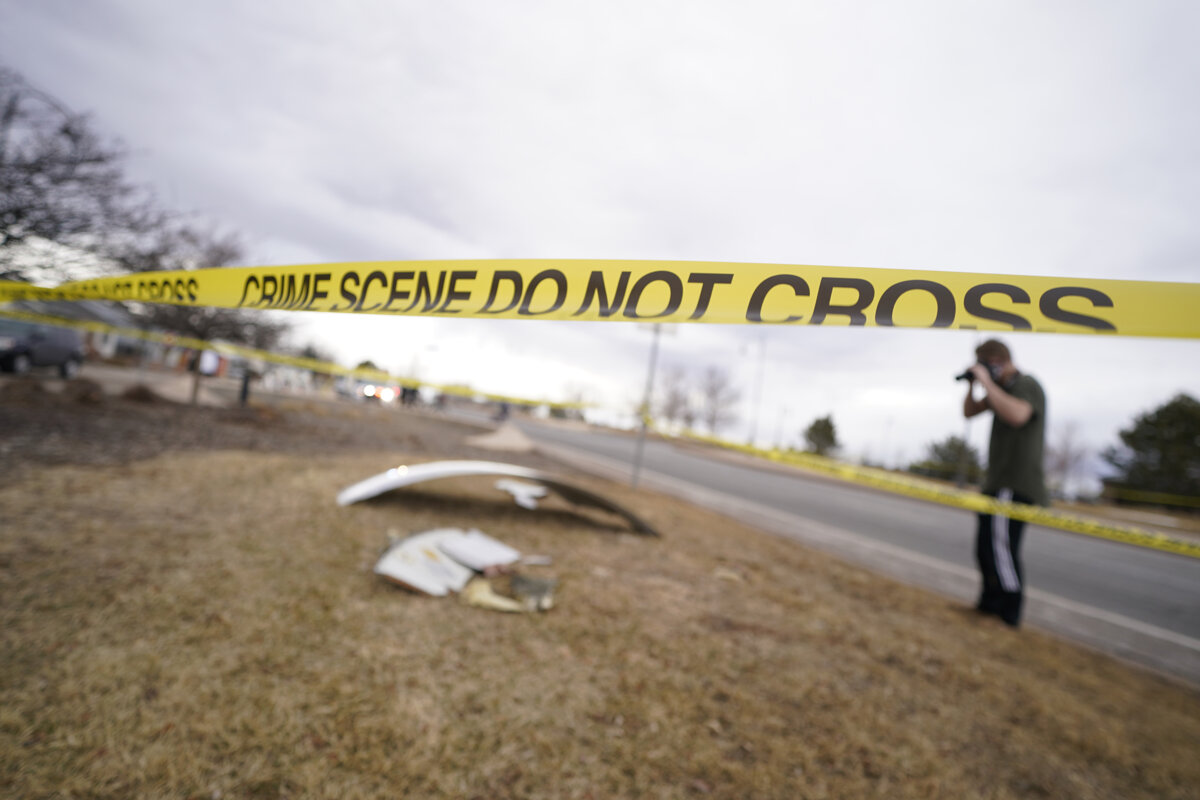 The debris fell in a residential area near Denver, and no injuries were reported.

The article continues under the video announcement

Denver. Parts of the plane, whose engine began to burn shortly after takeoff from Denver International Airport, crashed in a populated area near the capital of the US state of Colorado.

International agencies reported in an appeal to the local media that with the exception of material damage, no injuries were reported.

United Airlines Boeing 777-220, with 231 passengers and ten crew members on board, was bound for Honolulu, Hawaii. A few minutes after takeoff, the pilot reported a malfunction with the correct engine and decided to return to Denver. A video taken by a passenger shows the hood falling off the burning engine.

The loose bits of the plane landed in the Denver suburb of Broomfield. It ended up with a large metal ring at a pickup truck from locals Kirby Clements, and another piece pierced the roof of his neighbor’s house. Other fragments were found on the sports field in the local park and elsewhere.

United Airlines announced that the plane landed safely in Denver. Most of the passengers flew to Honolulu on another plane. Those who did not want to continue the journey were accommodated in a hotel.

The US Federal Aviation Administration (FAA) said an investigation into the accident has begun. Police in Broomfield urged residents not to touch the wreckage or the investigation would be thwarted.

See also  Health rules are changing in France: a mask has become mandatory in many places

A similar event took place on Saturday in the Netherlands, When one of the engines of a Boeing 747 in the beginning of Maastricht also started to burn and parts of the plane fell over the village of Meersen. They injured two people and caused material damage.

The plane made an emergency landing in Liège, Belgium.