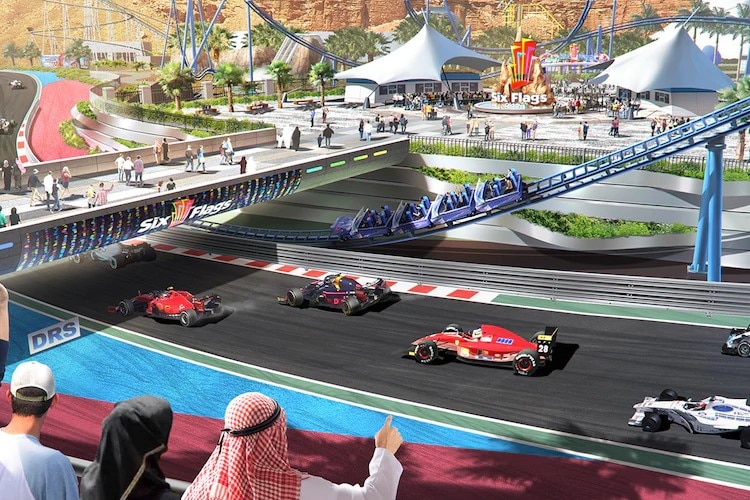 Formula 1 is under fire from human rights organizations due to the organization of the World Cup in Saudi Arabia. But officials do not want to leave the allegations without comment.

Formula 1 wants to celebrate the premiere of the Grand Prix in Saudi Arabia at the end of November, the World Championship race will be held at the street circuit in Jeddah as a night GP prize, and in the long run, the move to a permanent race track southwest of Riyadh is planned. The Qiddiya Circuit, designed by veteran Austrian player and ORF expert Alex Wurz and which will meet the most stringent FIA standards, will be ready from 2023.

Tyrolean Heinz Kinigadner, KTM Team Manager at Dakar Rally, convinced himself of the ambitious project after the latest edition of the World’s Hardest Rally. Saudi Prince Abdulaziz bin Turki Al-Faisal, who has held the position of Minister of Sports in the Kingdom since February 2020, showed the area on which the new GP ramp is being built as part of a large area. “He showed me the whole area, it was still desert at the time,” the 60-year-old recalls. “At the last end of the Dakar Rally, there were some Formula 1 drivers with Wurz.”

“He showed me everything and told me about a planned tunnel and other crazy projects that are supposed to be built there, including around it, which are hard to imagine,” says Kinigadner, amazed at the project. “The prince is very active in motorsports, he also led races and won the Porsche GT3 Cup Challenge Series in the Middle East. For a while he was also a Red Bull athlete.

Not all of them react positively to Saudi Formula 1’s plans. The human rights organization, Amnesty International, speaks of “sports laundering”, when countries misrepresent large sporting events to better present themselves in public and to divert attention from core issues. The World Cup races in Bahrain, Sochi and Shanghai have also drawn frequent criticism, but Formula 1 officials simply do not want to accept it.

For example, former Formula 1 CEO Chase Carey, who handed the scepter to Stefano Domenicali after 2020, said in an interview with CNN: “We are not a political institution, we are not an investigative authority. But we are having honest discussions with our partners about our values ​​and what Is important to us. “

These conversations revolve around the fundamental rights of everyone that must be respected in order to improve people’s lives. For example, it has been clarified that women in Saudi Arabia have more rights. “We consider the Kingdom of Saudi Arabia a country ready to give people more opportunities,” the American explained.

“Sport provides an opportunity to change things for the better. Sport has served to cross borders and bring people and cultures together. In the world there are some places that can be interrupted. But the world can need additional places where good is done, through encouragement, not through protests and boycotts, “Carrie sure.