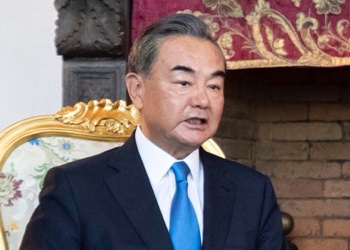 In the context of tense relations with the White House, where Joe Biden will take office soon, Chinese Foreign Minister Wang spoke today, who said, “Relations between China and the United States are at a new crossroads and a new window. Hope is opening. We hope that the next US administration will return to a reasonable approach.” And to resume dialogue with China, restore normalcy to bilateral relations and resume cooperation. “
Donald Trump’s trade war on China, as well as accusations about vague data of the ongoing pandemic, have greatly shaken relations between the two countries, and also because China could soon establish itself as the number one global economic power and certainly as a military power in the region. .
But between tariffs and tariffs, both economies have suffered, as China is going through a phase of slowing growth and the United States is grappling with the epidemic, but Wang Yi said in this regard, “The United States’ attempts to strangle China and start a new cold war not only undermined the interests of the two peoples, but also caused “Serious problems for the world. This policy will not find support and is doomed to failure.”
For this reason, the Chinese minister expressed his hope for mutual commitment to a relationship based on “coordination, cooperation and stability” and non-interference in internal affairs, with clear reference to the Hong Kong issue.