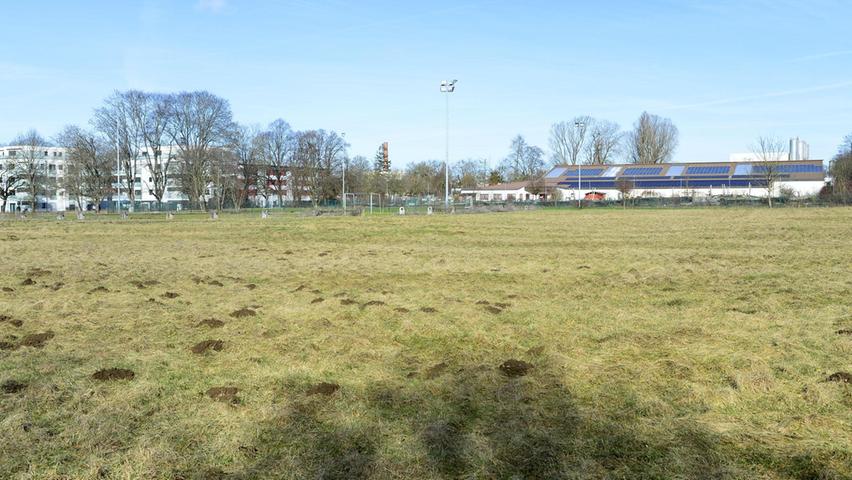 – At the beginning of the year, Forchheim City Council came up with the idea of ​​using the so-called Pechtold Hall in Friedrich-Ludwig-Jahn-Straße as a temporary solution for cultural events – until one day the Kolping House would be completely renovated. Now the plans are (almost) ready to be announced.

To date, indoor football and bowling have been introduced in the Ulrich Pechtold Hall, while a (mini) golf course has been set up outside. The city now wants partial renovation and change of use to about 4,500 square metres, which is now owned by the city. About 1.5 million euros have been allocated for this.

Retrofit actions extend primarily to the western area of ​​the main hall and should be “time-limited,” as Head of Building Systems Division Stefan Kindler explained to city councils at a recent building committee meeting. Background: The conversion of the auditorium is a temporary solution as a cultural site, while the Kolping house is being completely renovated.

Depending on the application, the transitional meeting venue can accommodate up to 500 people and will be expanded with a mobile stage and side stage, Kindler continued. City council committee meetings could be held there in the future.

“All of this requires about 100 parking spaces,” said the head of the office. According to the Parking Spaces Act, about 46 parking spaces still have to be made available in the public traffic area of ​​Friedrich-Ludwig-Jahn-Straße if the meeting place is to be “fully used”. But because it is a “currently standing unit and temporarily in use” and “there are enough parking spaces in total mathematically,” there is no need to provide evidence of additional parking spaces other than the existing ones, according to Kindler. If in doubt, cobblestone parking spaces can still be made south of the mini golf course.

See also  Read on for a new coronavirus testing center

City Councilman Thomas Werner (CSU) was a bit disappointed that goofy settlers may not have been able to use the hall for their carnival celebrations in 2022 (“what was put into the room”), and he reckons it won’t be until the middle of next year at the earliest until The alternative cultural temple is completed. “This late date does not comply with the wishes of the City Council.”

Werner has also looked at the question of parking spaces critically: Forsheim has a “model job” and “in simple terms, we are now simply offering 46 public parking spaces” could become a problem – especially because “we are the speed we currently see in the authorities of Construction You shouldn’t dare predict how long the Kolping House will take until its construction is completed.” He agreed to the proposal to create more parking spaces, for example in the aforementioned place behind the mini golf course.

Werner’s party colleague Holger Lenard also requested an improved solution to the emergency exits planned for the new Hall of Culture. “It will be checked,” replied Kindler, who threw the idea into the room to erect a divider between the sidewalk and the street for the great events in the hall, which would then return the hall’s guests in an orderly fashion in the event of an emergency.

Finally, Mayor Uwe Kirschstein (SPD) asked the committee to approve a slightly modified proposal, which included further planning while adding the construction of as many “private” parking spaces as possible (Kirschstein: “with financially and structurally acceptable expenditures”). The councils unanimously followed this up.