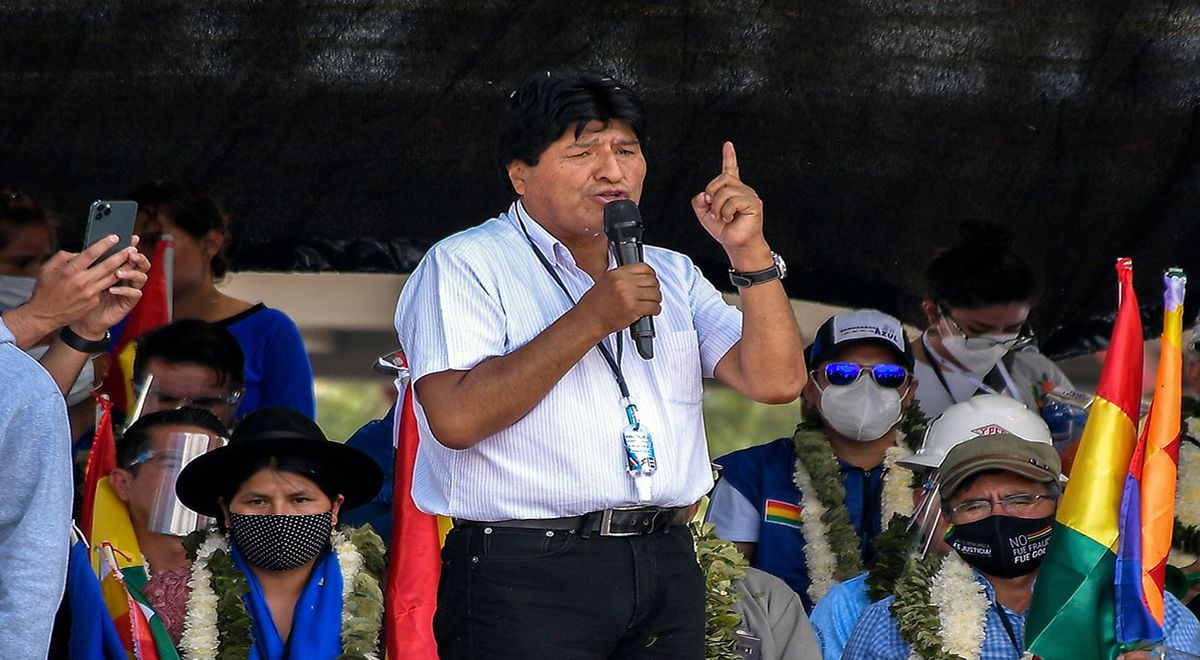 Former Bolivian President Evo Morales And he renewed his congratulations, Saturday 17 April, to the candidate of Peru Liber, Pedro CastilloAnd insisted that their economic proposals closely resemble those of the Movement for Socialism (MAS), which is currently governing Bolivia.

Greetings from here to the teacher Pedro CastilloThe former head of state (2006-2019) announced at a ceremony in La Paz. “We agree with your suggestion. It was also ours.” A constituent assembly proposes to re-establish Peru. “

In the economic field, Morales He welcomed the “proposed nationalization of mining and hydrocarbons,” a measure that the association adopted in the early years of its rule. “Congratulations, applause, brother Pedro Castillo“Hoot.

On Monday, April 12, the former president He spoke in favor of Castillo winning the election, Who will now face Keiko Fujimori (People Power). “We lost in Ecuador, but we won Peru In the first round, “he said at the time.

In the mega event on Saturday in the Central Cochabamba region, he reported that he was coordinating with some social movements in Latin America to create “Ronasur”, a kind of unasur of “peoples”, because the “right-wing states” crushed that regional bloc.

Morales He explained that in the next few days, a “preparatory meeting to move forward” would be held in establishing “Ronasor”, after it was “left” without Unasur (the Union of South American Nations). “

Right-wing countries crushed (Unasur). However, we social movements preach Runasur to integrate all of South America. We don’t stay here because Our struggle is not only national but international. “Manifested MoralesWithout giving further details about the meeting.

According to Morales, after the re-establishment of Bolivia as a multinational country with the constitution promulgated in 2009, a “Plurinational America of Peoples and Peoples” is now being “created,” along with social movements, Especially the indigenous people of Ecuador and Peru.

“We have a project for the whole of America, an editing project.” He reassured the former Bolivian president, who also argued that “the multinational state is incompatible with capitalism, with imperialism.”