Europe overtakes the US in new cases of Covid-19 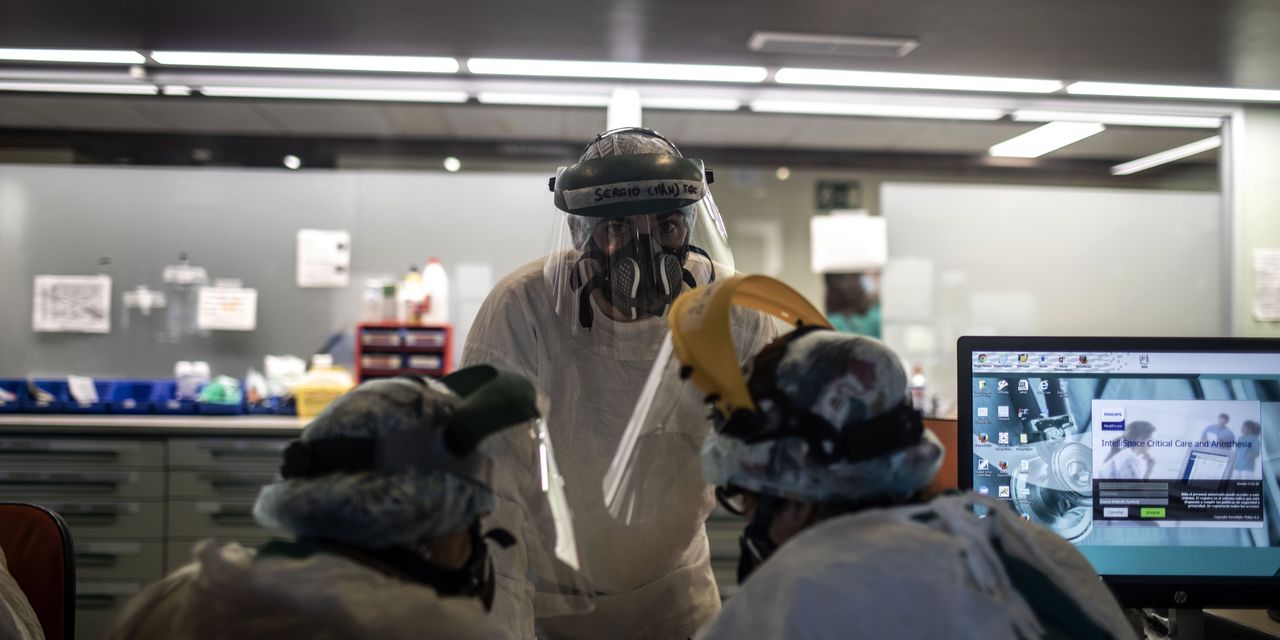 Europe’s battle to contain the second wave of the Coronavirus has reached a turning point.

This week, Europe overtook the United States in a major metric that tracks the spread of the virus while taking into account differences in population size. The 27 European Union countries and the United Kingdom recorded 78,000 cases per day on average over a seven-day period ending October 12, or 152 cases per million residents. The United States recorded an average of 49,000 per day during the same period, which is about 150 per million residents.

It is the first time that Europe has overtaken the United States since the height of the virus in the spring, when the disease was spreading largely undetected due to countries’ limited ability to test. Europe has now reached a critical mass of similar new cases The United States faced in late June when infections spiked from Florida to California.

Europe continues to track the United States’ average daily death rate per capita. During the same seven-day period, the United States recorded an average of two deaths per day per million residents, twice the European average.

Both sides of the Atlantic intensified testing over the summer, allowing countries to detect more cases. But in many hotspots in Europe and the United States, the percentage of positive tests is also increasing, a sign disease experts say is indicating the virus may spread faster than extensive testing programs show.

Governments have taken targeted measures to try to contain the virus without causing the economic pain that comes with nationwide lockdowns. European leaders cracked down on certain towns, cities, or population groups, such as the youth.

However, this approach conflicts with cold accounts of the growing number of cases. Countries such as France, Spain, the Netherlands, Belgium and the United Kingdom reported new daily infections of more than 250 per million people per day – higher than what the United States reported during the peak of July.

“We seem to be at a turning point in terms of numbers of infections,” said Flavio Toxferd, an expert in infectious disease economics from the University of Cambridge in the United Kingdom.

Do you think Europe and the US will need tougher restrictions if cases continue to rise? Join the conversation below.

What all countries are trying to do right now, the ones in trouble, is buy time to try to survive the winter. This means reducing the number of cases from the level they are at now to allow their systems to function, “said Linda Bold, professor of public health at the University of Edinburgh in the United Kingdom.

Health experts are also concerned about the increase in the rate of people who test positive for the pathogen. The WHO says countries should aim to have sufficient testing to keep the share of positive results at around 5% or below.

The share of coronavirus tests that returned positive in France rose to 9% at the end of September, according to data from the European Center for Disease Prevention and Control, three times the rate in the summer. The rate of positivity in Spain is 10%. In the UK in early October it was close to 3%.

There may be missing cases from another marker test: Statistical modeling using a representative sample of adults in the United Kingdom conducted by the country’s statistics agency estimated that between 25 September and 1 October, about 17,200 people per day in England were infected with the infection. The official daily average for that period was 9,500.

The Increase in cases It began to show an increase in hospitalizations. In 19 European countries, including France, Spain and the United Kingdom, the CDC said in its latest surveillance report, the number of people hospitalized with Covid-19 in early October was about a quarter of the level it reached during the height of the epidemic in April. .

Some health authorities say that this time they detect cases earlier – when they are less severe – and hospitals are better equipped to treat them.

Coronavirus patients occupy all 30 intensive care beds at La Paz Hospital in Madrid, one of the largest in Spain, according to Daniel Bernabeu, a radiologist there. However, the hospital has 120 critical care units with beds usually reserved for patients in recovery after surgery that can be adapted to the needs of Covid-19 cases. The hospital has a total of 220 patients with coronavirus.

Dr. Bernabeu said the first wave of the virus “was a tsunami, that swept us over.” “This second wave is like a tide.”

One of the main reasons why Europe has not experienced a significant spike in deaths, similar to what happened during the spring, is that the virus has spread mostly among young people who are less likely to be infected with it. Older generations with higher mortality rates have managed to keep a distance between them.

However, there are indications that the dam between young and old is under pressure. A study led by Imperial College London estimated that about three in 1,000 UK residents over the age of 65 contracted the virus in early October – an eight-fold increase from the level a month earlier. People between the ages of 18 and 24 were most exposed, with 12 out of every 1,000 believed to be infected. Data from English language hospitals shows that admission to Covid-19 is low but is increasing faster among those over the age of 85.

Health authorities blame the wave of summer social activism for sowing the seeds for Europe’s rebirth. After spending spring confined to their homes, so were the Europeans Unleash a summer of travel and hustle and bustle across the continents Without clear rules on social distancing. Crammed into beach bars along the Atlantic Ocean and sneaked into illegal parties in Berlin and Paris.

Since then, governments have imposed new restrictions. France closed bars throughout Paris and other large cities and made a condition for this Wearing masks Pretty much everywhere outside of home privacy.

Spain declared a state of emergency Last Friday, in a move that would allow it to extend a partial lockdown to Madrid, as local authorities resisted new restrictions. The new measures – affecting nearly 4.8 million people in the capital and nine neighboring cities – allow travel to and from Madrid only for essential purposes such as work and medical care.

In the United Kingdom, Prime Minister Boris Johnson announced on Monday a new system of three levels of restrictions for England. The most stringent measures have been imposed in Liverpool, where the virus is spreading rapidly, with less stringent restrictions in place elsewhere.

Tom Wingfield, an infectious disease doctor in Liverpool, said hospitals in his area that are grappling with an increase in Covid-19 admissions are being managed without any indirect effect on routine surgery and other healthcare services, for now. “With bed pressures mounting and a long winter to come, it is unclear how long this situation will remain viable,” he said.

Maria Martinez in Madrid contributed to this article.