Europe “Hamstrong” is looking for a post-Merkel leader 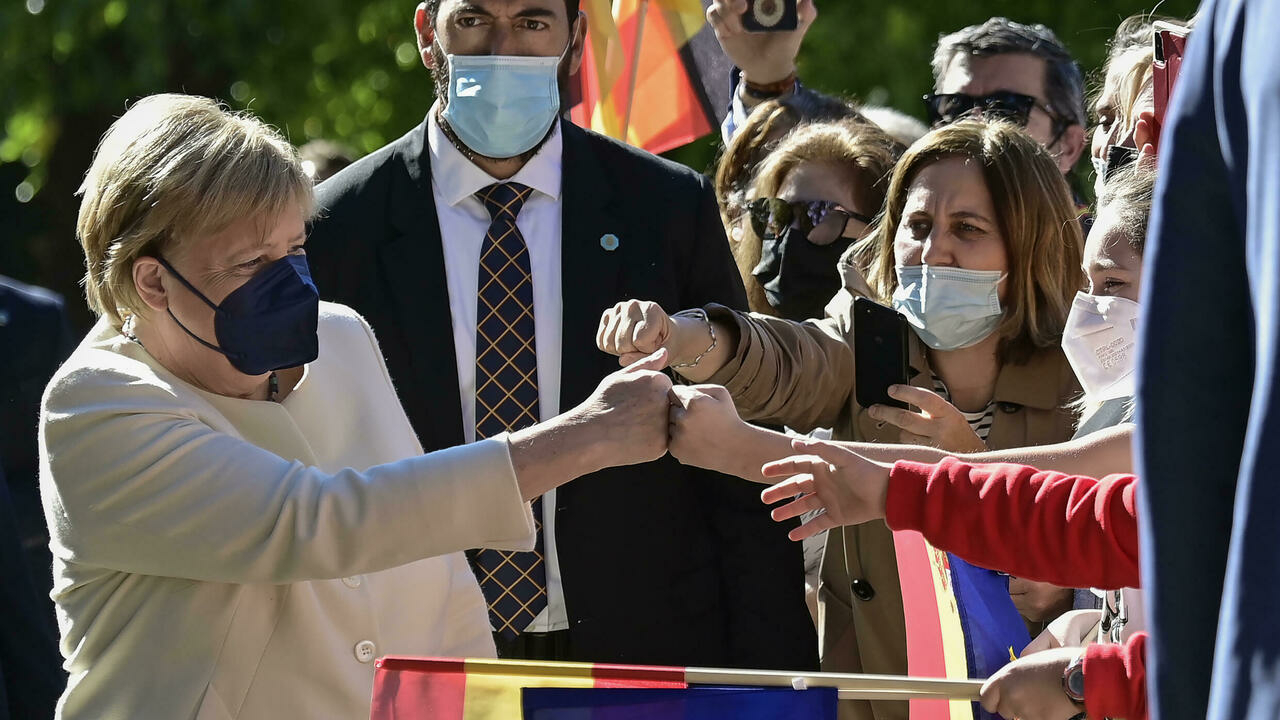 BERLIN (AFP) – Angela Merkel’s departure from the political scene after 16 years as chancellor not only ushered in a new era in Germany, but also upset the balance of power in the European Union.

Possible candidates for Merkel as Europe’s leader include his successor at the head of Europe’s largest economy, Olaf Schultz, as well as French President Emmanuel Macron and Italian Prime Minister Mario Draghi.

But analysts warn that none of them will be able to take on the task immediately, given the unresolved challenges in the EU: from internal conflict over the rule of law, to marginalization in global geopolitics, to the fallout from Brexit.

Praised for her steadfast role in leading the bloc during crisis after crisis, Merkel has left the stage despite her huge popularity at home and abroad, despite having some vehement opponents among her European colleagues.

Sebastian Reich of IESE Business School in Spain writes: “Angela Merkel is seen as one of the most important politicians of this generation, as the de facto leader of the European Union and the ‘leader of the free world’.

In a recent survey by the European Council on Foreign Relations (ECFR), 41 per cent of EU citizens said that if they could, they would vote for Merkel. By comparison, only 14% chose Macron.

However, critics say Merkel’s tactics of turning a blind eye to crises and prioritizing economic interests, even in dealing with Russia or China, have fueled stalemate and stifled further European integration.

Its launch could open the door for the other half of the European engine – Macron – to slide into the driver’s seat.

The stars appear to be allies: France has held the presidency of the European Union since January, and Macron has said he wants to shape a Europe that is “strong in the world, fully sovereign, free in its choices and responsible for its own destiny.”

And with the new coalition led by German Social Democrats seemingly intent on emerging from the pandemic, the rigors of the old German budget seem to be swaying.

Likewise in the realm of defence, Germany, comfortably under the “US shield”, is no longer quite so sure after Donald Trump’s presidency forced the political classes in Berlin to bury their old principles and embark on a mental change.

To illustrate the change, the Schulze government made up of Social Democrats, Environmentalists, Greens, and the Liberal Democratic and Liberal Party stated in their coalition agreement that “their mission as an economically strong and populous country in the heart of Europe is to empower and strengthen and to consolidate this sovereignty in Europe.”

Alexandre Robin Borgomanno of the Institut Montaigne said Merkel’s departure “may allow the development of the French vision of a strong Europe, an ambition that Macron has supported since taking power”.

With the change of guard in Berlin, Macron recently signed a new bilateral cooperation treaty with Draghi and this month launched a joint appeal for a review of EU tax rules to allow for increased investment spending.

The 43-year-old said he is not looking to replace Franco-German stocks, but the move comes with the EU’s post-Brexit reorganization.

However, Macron faces the 2022 election, where the far right presents a challenge.

Regardless of the outcome, France could be committed to domestic politics for a period of time, limiting its ability to develop a pan-European vision.

Schulz, 63, a former finance minister who served in two ministries under Merkel, could seize the opportunity as Merkel’s successor, especially when she takes over the G7 presidency in 2022.

But analysts warn that times have changed and that more Merkley may not fit the new era.

“The policy of remaining neutral and avoiding difficult solutions to Europe’s difficulties does not appear to be a viable approach to future challenges,” write ECFR’s Piotr Borras and Jana Puglierin.

“It is unlikely that Merkel will outlive Merkel…because the EU will need a more visionary and courageous Germany to strengthen its foundations and defend its place in the world.”

The jury is debating whether Schulze, a self-proclaimed Merkel impersonator – even her own hand gesture – will step out of her shadow and take a bolder path.

With the prospect of the major European players needing time to stir the facts, a new pole of stability has emerged in the south, once in debt.

Dubbed “Super Mario” during his tenure at the European Central Bank, Draghi has brought stability to a country that was once a model of political turmoil and scandal.

Nicoletta Pirosi of the Istituto Affari Internazionali in Rome told AFP that Draghi “could fill the void left by Angela Merkel as consensus maker in the European Council”.

“Moreover, compared to Merkel’s cautious approach, it can inject new dynamism into key sectors of European integration, from economic governance reform to foreign and defense policy, in cooperation with France and the new German government.”

But Perrosi indicated that much will depend on the fact that the 74-year-old Italian leader will be able to implement the EU’s economic recovery plan.

Italy’s presidential election in January “could fundamentally change the picture” with Draghi calling him “one of the most credible potential candidates” in that race.

Until a new leader emerges, some analysts see a bleak future for the bloc.

“Europe may be moving into a period of uncertainty and potential vulnerability,” Reich warned.

“Because of the rivalry between America and China, deeply divided, the EU lives in a different world than the years of Merkel’s rise,” he wrote.

The truth, of course, is that neither the (new) German chancellor nor the French government can lead Europe.

“And in the absence of leadership, Europe is heading for one thing: stagnation.”