Deputies fought fiercely in the plenary hall with video 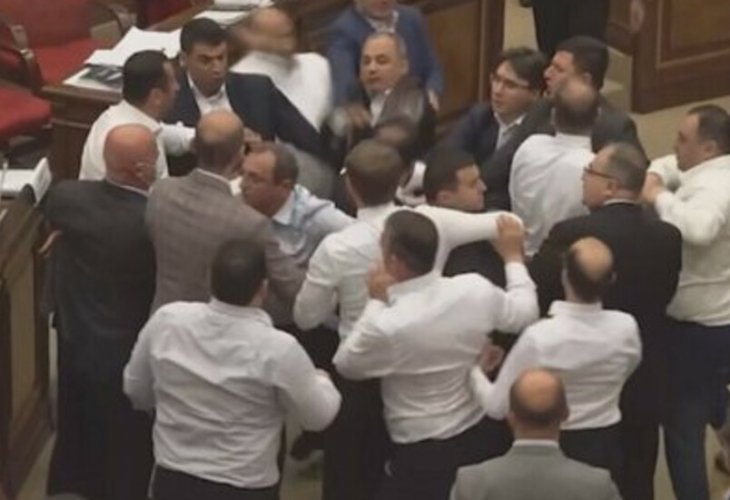 A session of the Armenian parliament was suspended today due to a quarrel between the deputies, AFP reported.

The incident escalated into a brawl that forced the Speaker to stop discussions and ask security for help. Bottles of water and disinfectant were taken out of the hall.

The resumption of the meeting led to a second quarrel after an opposition MP interrupted the cries of his critics.

Then a deputy from the Pashinyan Party tried to hit a fellow opponent, causing chaos.

A number of deputies were released from the guard and one of them was taken to hospital with an eye injury.

In Armenia, the defeat in last year’s conflict with Azerbaijan continues to cause great bitterness. Prime Minister Nikol Pashinyan was harshly criticized by the Armenian opposition for the military defeat.

However, Pashinyan’s party scored a landslide victory in the early parliamentary elections in June, which were called after months of protests.

See also  A powerful typhoon hits the Philippines, and 1 million people have been evacuated