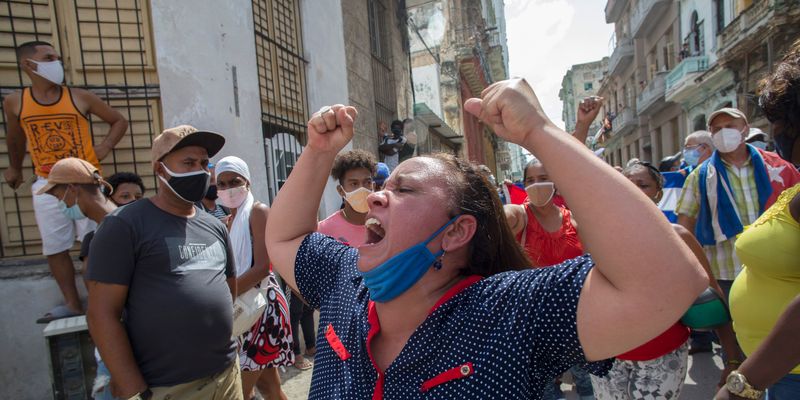 José Miguel Vivanco, director of the Americas division of the human rights watchdog NGO, denounced the detention of nearly 400 people in Cuba.

The wave of repression broke out after the mobilization against the government of Miguel Díaz-Canel, and affected journalists and activists.

The organization conducted various interviews with journalists, activists and victims of repression in the Caribbean country, according to Vivanco.

In addition to the arrest of several hundred people, Human Rights Watch lamented that the whereabouts of many of them were unknown, and condemned that many of them were arrested when leaving their homes or on public roads.

“In many cases, the regime has arrested recognized activists and journalists with the express aim of preventing them from participating in or reporting on demonstrations,” Vivanko explained.

There were also reports of “arbitrary detention” of ordinary people who peacefully participated in the protests.

On the other hand, Human Rights Watch reported that it had received “credible allegations” of police beatings and mistreatment of civilians in both arrests and detentions.

There is also information on the incommunicado situation of many prisoners who are not allowed to contact family members or lawyers.

Dictatorship in all its letters

The representative of the NGO considered that “many Cubans have overcome fear, but others still fear the enormous risks of abuse or reprisal.”

Human Rights Watch reminded that the Cuban regime, like any dictatorship, has a judiciary “subordinate to the executive branch”, where “freedom of the press is prohibited.”

It is worth remembering the important role Human Rights Watch played during the outbreak of society in Chile, in condemning human rights violations and abuses by police forces.