COP26: World leaders commit to ending deforestation and reducing methane emissions by 30% by 2030 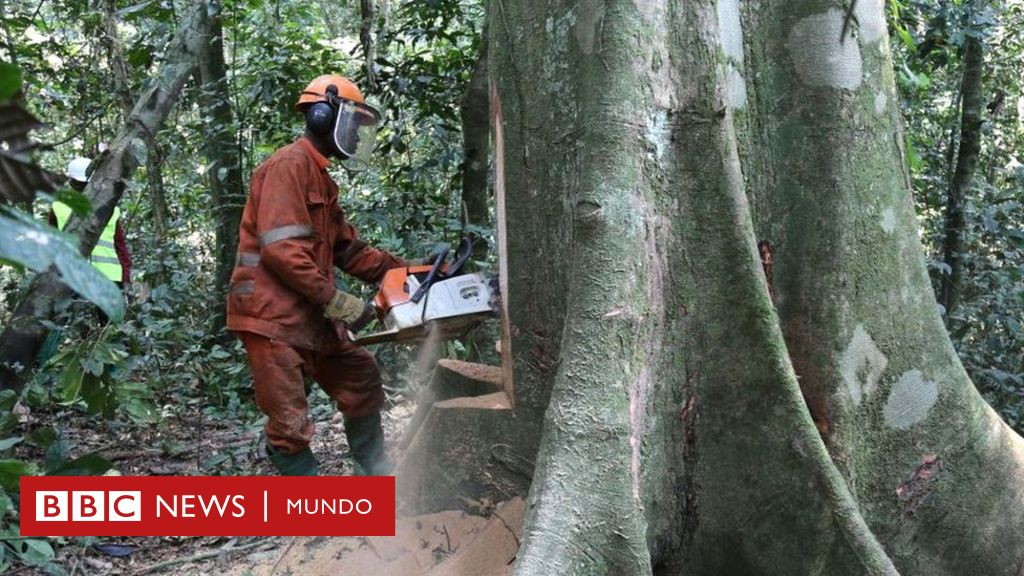 More than 100 world leaders pledged on Tuesday to end deforestation by 2030, in the first major agreement of the COP26 climate summit being held in Glasgow, Scotland.

In the first agreement, Brazil, where large parts of the Amazon rainforest have been cut down, is among the signatories.

This agreement includes financing of up to US$19,000 million in private and public funds.

Regarding the methane deal, US President Joe Biden said that can be revolutionary.

But not everything is optimistic about the plan to combat deforestation: experts have welcomed the global agreement, but warn that a similar agreement signed in 2014 “failed in its attempt to stop deforestation” and those commitments, already made, must be met.

Now why is it important to stop deforestation? Because forests cannot absorb the necessary amounts of carbon dioxide to reduce climate change.

The summit, which will last for two weeks and will take place in the Scottish city, is seen as crucial to controlling climate change.

Countries that have signed this agreement—including Canada, Brazil, Russia, Colombia, Bolivia, Chile, the United States, and the Democratic Republic of the Congo— Covering 85% of the forests on the planet.

Much of this money will go to developing countries to restore lands affected by deforestation, end wildfires, and support indigenous communities that protect these lands.

In addition, the governments of 28 countries have also pledged to end deforestation to produce food for export – such as meat – or other agricultural products such as palm oil, soybeans and cocoa.

These types of industries are responsible for a portion of the forest loss because they are cut down to make way for livestock or to create enough space for monoculture.

More than 30 major financial companies around the world have pledged not to fund more projects related to deforestation.

A protection fund will also be established The second largest tropical forest in the worldCongo Basin.

For Professor Simon Lewis, from University College London, the signing of the agreement is “good news that there is a political commitment to end deforestation in many countries and, above all, money to support this effort”.

“However, this agreement was actually concluded in 2014, and it did nothing to stop deforestation today.”

Perhaps the biggest difference with the deforestation agreement signed in Scotland is the participating countries.

for example, Indonesia is the main exporter of palm oil in the worldIt is a product that can be found from shampoos to cakes.

However, producing it means cutting tens of thousands of hectares to grow the palms where this oil is extracted.

Meanwhile, Russia, another signatory, has almost a fifth of the trees on the planet, which manage to absorb 1.5 billion tons of carbon dioxide annually.

And there’s also Brazil, where a large part of the Amazon, the world’s largest forest is located, which has experienced accelerated deforestation since Jair Bolsonaro came to power.

A question has arisen on this point: Can Bolsonaro be trusted to implement this plan?

“We will be safe when countries stick to the plan,” said British Environment Minister George Eustice.

“The last time a similar agreement was made, in 2014, There was no Brazil, no Russia, no China. That is why signing Brazil is a big step towards that goal.”

US President Joe Biden said he was “confident” that the goals of this agreement could be achieved.

“What we have to do is add intentions and do the right thing. We can do that.”

“This agreement involves more countries, more players, and more money,” said Anna Yang, CEO of the Sustainability Accelerator at Chatham House, who co-authored the report Rethinking the Brazilian Amazon. “But the key is in the details we still need to see.”

Yang said it was a “big building block” to keep global temperature rises below 1.5 degrees Celsius.

To which he added that many people live in the Amazon, even in its urban areas. They depend on the forest for their livelihood He added that they need support to find new income.

Tuntiac Catan, of the Amazon Basin Indigenous Communities Coordination, welcomed the agreement and said the money should be invested in supporting indigenous communities who can manage and protect the forests.

Catan, an indigenous Shuar people from Ecuador, told the BBC that indigenous communities globally protect 80% of the world’s biodiversity, but face serious threats to their lives.

“We have maintained our way of life for years, and this has served to protect ecosystems and forests. Without us, neither money nor politics can stop climate change“, She said.

currently, Every minute you lose an area of ​​forest the size of 27 football fields.

Depleted forests can also start releasing carbon dioxide. If a lot of trees are cut down, scientists fear that the planet will reach a tipping point that will lead to sudden and unexpected climate change.

Remember, you can receive notifications from BBC News Mundo. Download and activate the latest version of our app so you don’t miss our best content.