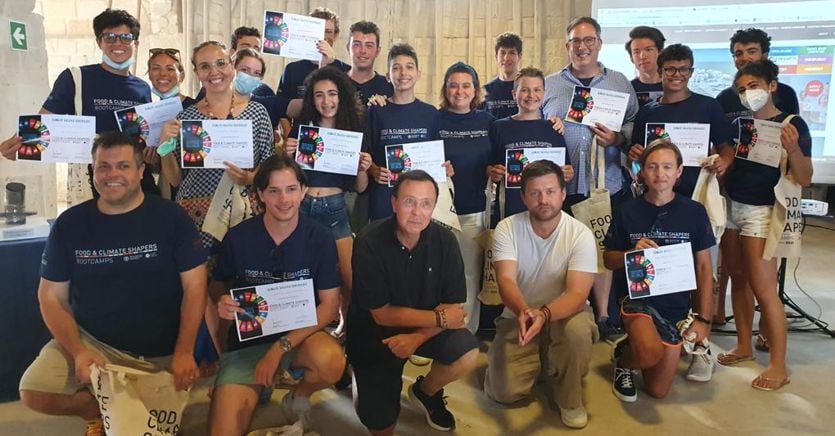 Participants in the Food and Climate Formulation bootcamp with some of the teachers and coordinator Claudia Lariccia from the Center’s Future Institute for Food (Credit: Laura La Posta)

The Hiera group, made up of Michele, Tommaso, Giacomo and Nino, created the Carbon-Free Marettimo Project. The goal is to reduce and offset the carbon emissions produced on the island. The plan is developed around six points: electrification of fishing and tourism boats, rooftop photovoltaics for energy self-sufficiency, offsetting emissions with new baits of carbon dioxide-absorbing Posidonia oceanica, eliminating plastics and throwing, public and private partnerships and access to European funds for the Green Deal and Union Plan Next-generation European and Italian funds for the National Recovery and Resilience Plan (Pnrr), monitoring of carbon emissions by permanent researchers hosted on the island. The working group prioritized the first point: the electrification of boats, inspired by the green film Ev-Ita launched on the occasion of the Italian Marettimo Film Festival. “Our project is very complete and complex, but since Marettimo is a small company, we think it is easier here to carry out all these actions in a coordinated way: Marettimo can become a carbon-neutral model for all the other islands,” he explained in a meeting with local community Tommaso Rosconi. 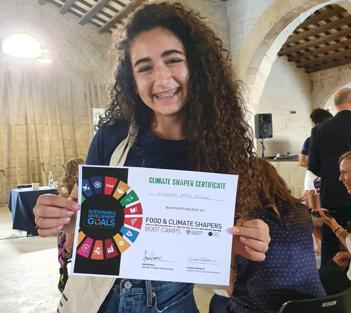 Surprise group! – composed by Nicolo, Ian, Ludovica and Ricardo – focused on the challenge of resilient societies starting with the problem of island migration. After a series of exploratory interviews with the locals, young people realized that more and more young people are leaving Maritimo to migrate to northern Italy or abroad to do more socially attractive jobs, but not only. The project starts from this consideration: How can we incentivize an economically depressed area to make it attractive to the locals who have left and to other stakeholders? The team proposes to create an Egadi Innovation Center on the island: a place to design the future with innovative tools (laser cutter, CNC milling, digital assistant) and remote work. This place should be in an already existing and abandoned building, adequately renovated, with the aim of circular economy, or in high-tech prefabricated units. “It will be a meeting, training and workplace place for islanders and ‘digital nomads’ working remotely,” explained Riccardo Di Silvio.

See also  Without climate commitment it cannot have global leadership

The Itaca team, made up of Tommaso, Marina, Francesco, Paolo and Cecilia, focused on comparing winter unemployment on the island. The islanders of Maritimo depopulate in the winter: about 60 people remain on the island, one person per house. The Thyme Machine project aims to improve the opportunities for the island’s youth (both those who have never left the island before, and those who left for study and work, but also for future generations) in a way that makes it even in winter. The heart of the project is focused on the production and processing of aromatic herbs already on the island, such as thyme, by growing them in abandoned lands. In addition to production, it would be appropriate to invite researchers from all over the peninsula to the world to study native herbs and other important endemic species. These activities not only create an economic return, but also aim to create greater participation of the local community. “More benefits are generated from protected nature than from exploited and impoverished nature,” explained Grammenos Mastrogini, UfM Secretary General and boot camp instructor. 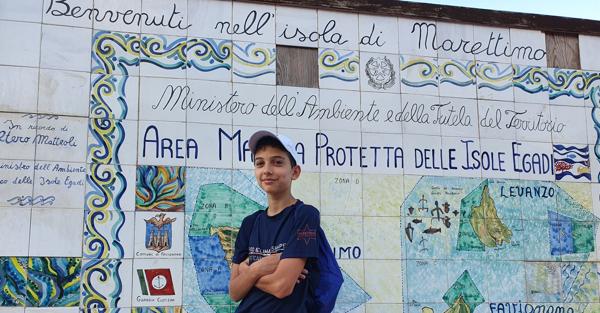 Potito Ruggiero participated in the 2021 Food and Climate Boot Camp in Maritimo. A 13-year-old environmental activist who has been called “The Italian Response to Greta Thunberg” after giving birth to the Italian Fridays for the Future movement and after writing the book “We’re Watching You. Interpreting a Sustainable Future Well”, with scientific advice from Elisa Balzzi (published by Baldini + Castoldi) (Photo credit: Laura La Posta)

The Scirocco group consisting of Celeste, Mark, Marta and Francesca developed an alternative proposal for the use of plastic on the island. The use of plastic bottles is huge at Marettimo and involves major problems with their disposal. The Less Plastic and Sustainability project proposes to use the abundant and pure natural sources of water found on the island, by installing distribution fountains (one of which is already on the island). The project is also interested in the world of restaurants: branded thermal water bottles will be produced that can be filled by bartenders, restaurants and tourists. This would reduce the costs of purchasing traditional plastic bottles, resulting in a minimum initial purchase cost for the bottle.

Team A, made up of Potito, Tai and Eduardo, focused on coastal erosion control, inspired by Giovanna February, operator of the marine protected area. Posidonia oceanica, which extends in front of the Marettimo to a seafloor meadow of great proportions, is a natural protector of the coasts as it covers the island’s wild shores but the coasts continue to erode over time. The idea is to use mollusk shells (especially seafood used in restaurants), reduce them into granules by a machine and spread them on local beaches, which, to a large extent, as well as pebbles, consist largely of limestone remains of marine organisms. “Using shellfish waste in this way would be a real innovation, but regulations now consider it municipal waste while it could be a by-product,” explained Potito Ruggiero.