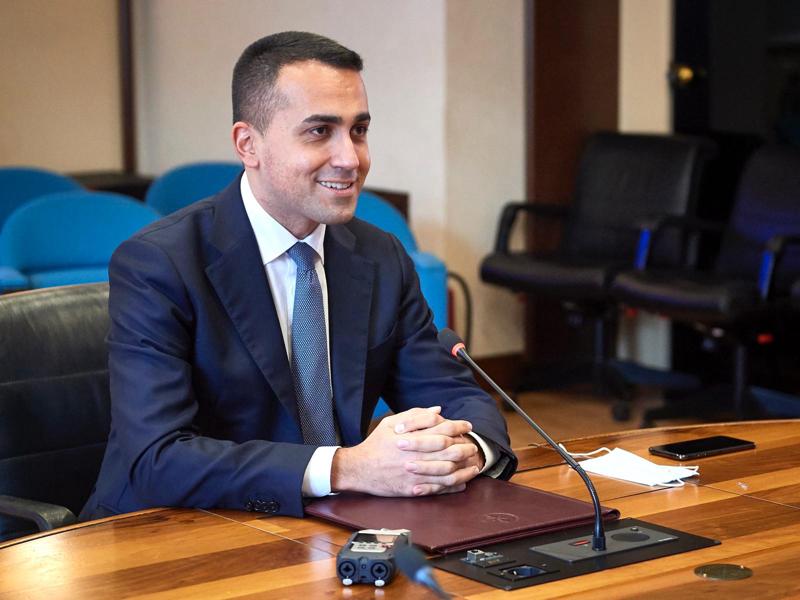 The issue is of a very sensitive nature, both human and legal.

Not to mention the political level.

However, politics per se must not be drawn into temptation in order to make one’s self-consequence belong, on the other hand, to the force of law.

Does Chico Forte’s innocence belong to all of us?

Of course it is, but without assuming (as a state) that we have facts at hand that have not been given to us.

So far, the official (criminal) fact is that there is a owed conviction in the USA.

Whether or not this is true, the decision is not up to politics.

Not only is Italy’s international credibility at stake, but also the great work (and dignity of the latter) that the Chico Forte family has given.

According to what the Foreign Minister told the press after the news of the transfer of our citizen from Trentino to Italy, it is necessary to clarify two aspects.

The first is whether, for Chico Forte, this result was the result of political / diplomatic art transcending, to some extent, international law and the constitution; The second, of course, is the opposite (so it has nothing to do with the Urgent Farnesina’s dialectic towards the United States).

There are two (basic) elements of the law that cannot be overcome: This is art. 10 of the Italian Constitution and Art. 3 of the Strasbourg International Agreement of March 21, 1983.

As for our Basic Charter, the Italian legal system conforms to the recognized norms of international law.

Now, to determine the condition of recognizing Chico Forte’s right to move to Italy, in order to fulfill his US punishment, the said international agreement is dated around 37 years.

It’s the CD effect Convict Transfer Agreement Which, in fact, states that “Any person sentenced in the territory of one of the parties, in accordance with the provisions of this agreement, may transfer him to the territory of another party to suffer the punishment imposed on him. For this purpose, he may express, in both the state that issued the judgment and the state implementing, desire Provided that it is transferred under this agreement. “

Based on what was just reported, and also bearing in mind that it was only in 2019 that Chico Forte’s family announced the desire – the desire to transfer him to Italy (according to the press at the time), the United States simply implemented a rule of international law through interaction Obviously, with ours. The interaction that, given the rules of the agreement itself, does not occur between the foreign ministries, unless otherwise declared by Staro to the Secretary-General of the Council of Europe, but between the Ministries of Justice (it should also be noted that the executive branch is of a different nature and matrix between Italy and the USA).

This means that the process of transferring Chico Forte is not related to the political / diplomatic sphere in the strict sense of the word, but to how the relevant subject matter of the provisions of the treaty is implemented: it is therefore a diplomatic legal field at most (which is in the normal administration of the state of law).

Politics has nothing to do with it and should not appear on the “papal porch” in such cases.

It is not clear (if we are to be a fool for a moment) why Farnesina, through the Secretary of State, conveyed to public opinion a different interpretation of the matter, letting the result pass through the media, as if it were exclusively political.

What is the true meaning of what Minister Di Maio said (assuming there is one unannounced)?

Is there political work behind it (greater than in other cases, translating everything as transcending, or even, of diplomatic logic itself) or is it an unfortunate lack of knowledge (to be good) of international dynamics?

Depending on the validity of one of them, it would be dangerous for Italy (always with the words of Minister Di Maio) to implicitly disavow the power of the international treaty or that the Foreign Minister would be innocent and / or unconsciously (yes hopes) questioning the dignity of the law that Forte enjoys, as a citizen Italian, very strong and steadfast in relation to the struggles of his life.

The fact that an Italian citizen continues to consider himself innocent despite being convicted by a final judgment in another country does indeed require a different political / diplomatic approach, but always with existing legal relationship tools: for example, support for the review process.

Is it possible to do this in Italy? No, because it is the only state that issued the ruling that has the right to rule on any appeal of the review (Article 13 of the International Convention).

Can I work for Chico Forte? Of course, according to usable criteria.

To accompany the position taken by Minister Di Maio, there is certainly a special thanks to the former Italian Deputy Prime Minister which can be found on the official website dedicated to Chico Forte; Thanks, be it from family or others, for the alleged “silent and efficient action” that may refer to the (executive) relationship between the Florida governor and Farnesina.

To avoid misunderstanding, especially institutional, it is good for someone at this stage to explain to the city (and above all to Chico himself) what the de Mayo intervention consists of, although it is commendable (for charity) under this aspect political solidarity must be clarified at the level Political – diplomatic – legal, by clarifying the area of ​​rising parenthood that deserves, in such cases, the same amount of “silence.”

READ  As many as six million poor households could be £ 1,000 worse under the Sonak scheme | Policy

Because of the two moons: Either it was there The difference To the administrative policy of the Ministry of Justice (and thus in a bad light, indirectly, through de Mayo’s words himself) or there was interference (although functional for the target).

The result is that Minister Di Maio, without anyone ever being present, sewed some kind of medallion to his chest; But all medals have a head and a cross. Two sides, one of which is known only to two. If it were not for Chico Forte, once in Italy, a new ordeal began: the state of Italian prisons.

With human desire, for the latter, at least the proximity of the family can mitigate the potential harshness of the detention situation.

So let’s clear one final side of the story.

No one has done any pleasure or courtesy to Italy, just as the latter has not performed any act of diplomatic and political mercy toward the United States of America and / or Chico Forte (and vice versa).

In this story, there is only one thing that cannot be overcome: the right to be Italian according to the constitution.

An unprecedented power, the constitutional power, which only so-called “legal certainty” can guarantee as a universal value.

Unless you forget the politics.