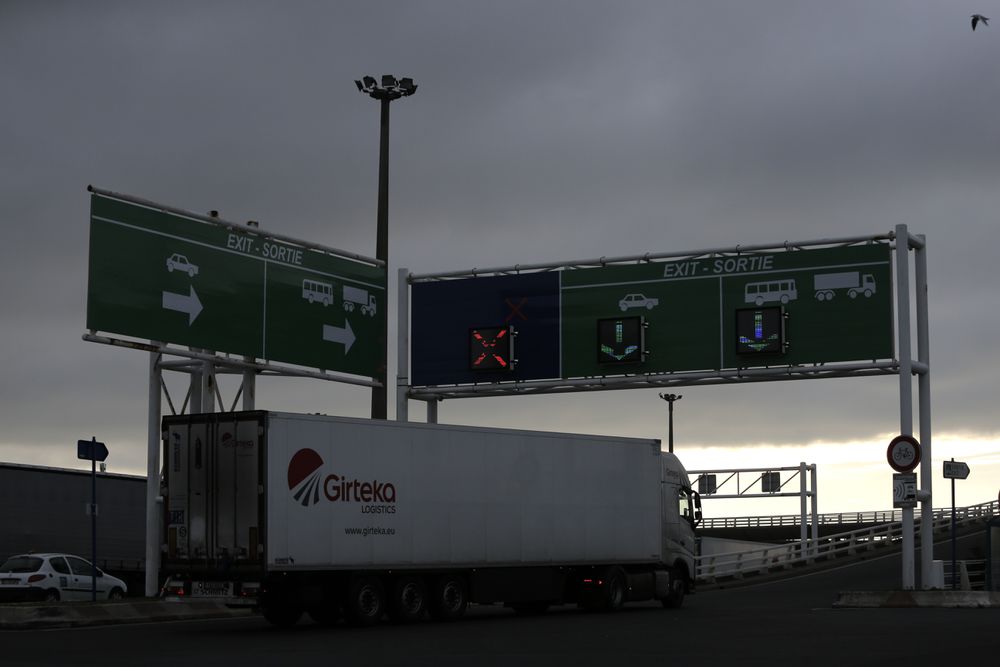 Britain’s exit from the European Union takes effect With the advent of the new year, that did not mean, at least for the time being, a frightening siege of the new borders. Nearly 200 trucks crossed the Eurotunnel tunnel linking the UK and France “without any problem”, according to the company running it. The mayor of Calais, Natasha Bouchard, also assured that the city, which is the main sea lane for goods and people between Europe and the British Isles, is “ready” for this new era, although no one on the French side is completely happy. For a British divorce.

Flag of the United Kingdom and Europe. Video, the first day after the Brexit agreement.Photo: AP / VIDEO: REUTERS

Bouchar acknowledged in statements to RTL, “I think he has failed to turn back after 47 years of construction and exchanges. We do not assume that in a partisan spirit.” The Chancellor explained that she witnessed the arrival of the first trucks heading to British territory, on the first night of Brexit from the European Union, and therefore, from now on, they are subject to customs controls and procedures to comply with safety and health standards that are required by the destination country, as agreed in the exit Britain from the European Union. “With our hearts in our hands, we watched the first truck of the post-Brexit era passed by. It represents many years of preparation and transformation. “

However, he said, there is “relief” to the knowledge that there is at least one agreement that will regulate the first divorce from the European Union. Around 7,000 trucks pass through the port of Calais every day Are coming from or heading to the UK. From now on, they will have to undergo customs and veterinary checks. “We are ready, the port is ready, the tunnel is ready, and the lands are ready,” Bouchard said, but he hoped that the carriers would have “a reflection of the presence of all documents ready to avoid blockage and loss. Time” at customs points.

READ  "Viking Grace" in the Baltic Sea: the ferry runs off Finland

A spokesperson for Getlink, the company that runs the Eurotunnel, told the agency, on this first day of the year, with Brexit complete, “the traffic was very heavy on an exceptional and historic night, but everything went well.” France Press. “All the trucks completed the procedures well,” he added.

In the morning the first ferries from the UK set out to the port of Calais. The port’s president, Jean-Marc Poissau, had declared himself “calm” the day before about the new management of maritime transport. After all, he said, “for three years, we have done everything we can to prepare” for Brexit, which is indeed a fait accompli.

Around 70% of trade between the United Kingdom and the European Union passes through the French ports of Calais and Dunkirk. According to Agence France-Presse, the average number of passengers is 60,000 and 12,000 trucks per day.

On the flip side, in the port of Dover, there was also a lull at the start of a new era after the United Kingdom completed its secession from the European Union. The truck responsible for the carrier Slavy Ivanov Shumikov was the first to start this new phase by passing through the town of Folkestone, in the southeast of England, Eurotunnel reported at the time the rupture was investigated, according to Efe.