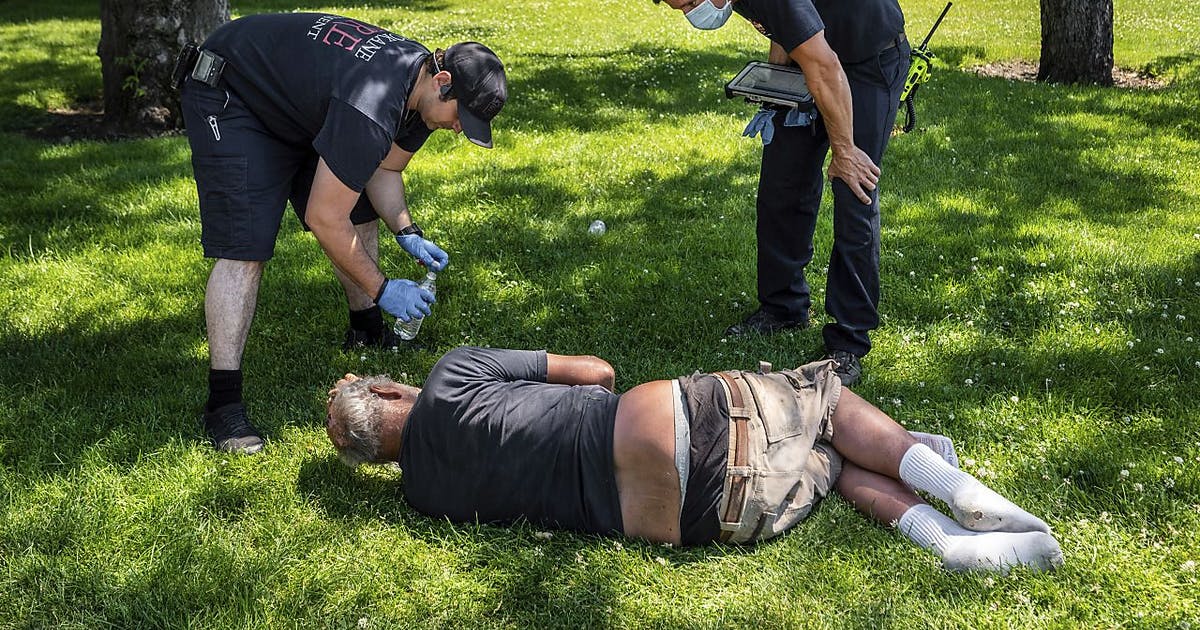 Canada set a record on Tuesday for the third day in a row, as mercury hit 49.5 degrees in Lytton, a village northeast of Vancouver. Western North America is going through a historic heat wave.

Parallel to the heat wave, dozens of deaths have been counted in recent days in the Vancouver area. The Royal Canadian Mounted Police (RCMP, Federal Police) and Vancouver Police have separately announced that at least 134 people have died suddenly since Friday in the Canadian capital region on the Pacific coast. A Vancouver Police Department spokesperson said: “Vancouver has never experienced such heat, and unfortunately dozens of people have died from it.”

On Tuesday, the mercury easily crossed the 30-degree mark in Vancouver, well above the normal range of 21 degrees this season, while the indoor temperature was unbearable. In addition to the 49.5 degrees recorded at Lytton, the mercury reached 42 degrees at the ski resort in Whistler.

“The duration of this heat wave is worrying, because there is little rest at night […] Environment Canada has warned that this record heat wave will increase the risk of heat-related diseases.

In addition to British Columbia, heatwave warnings have also been issued for the provinces of Alberta, Saskatchewan and Manitoba, as well as for parts of the Yukon and Northwest Territories in northern Canada.

The heat wave also hit American cities south of Vancouver, such as Portland (Oregon) and Seattle (Washington State), also known for its mild and humid climate. The temperature there has reached record levels unmatched since archives began in 1940. It was 46.1 degrees Celsius at Portland Airport on Monday afternoon and 41.6 degrees Celsius at Seattle Airport, according to US Weather Service readings.