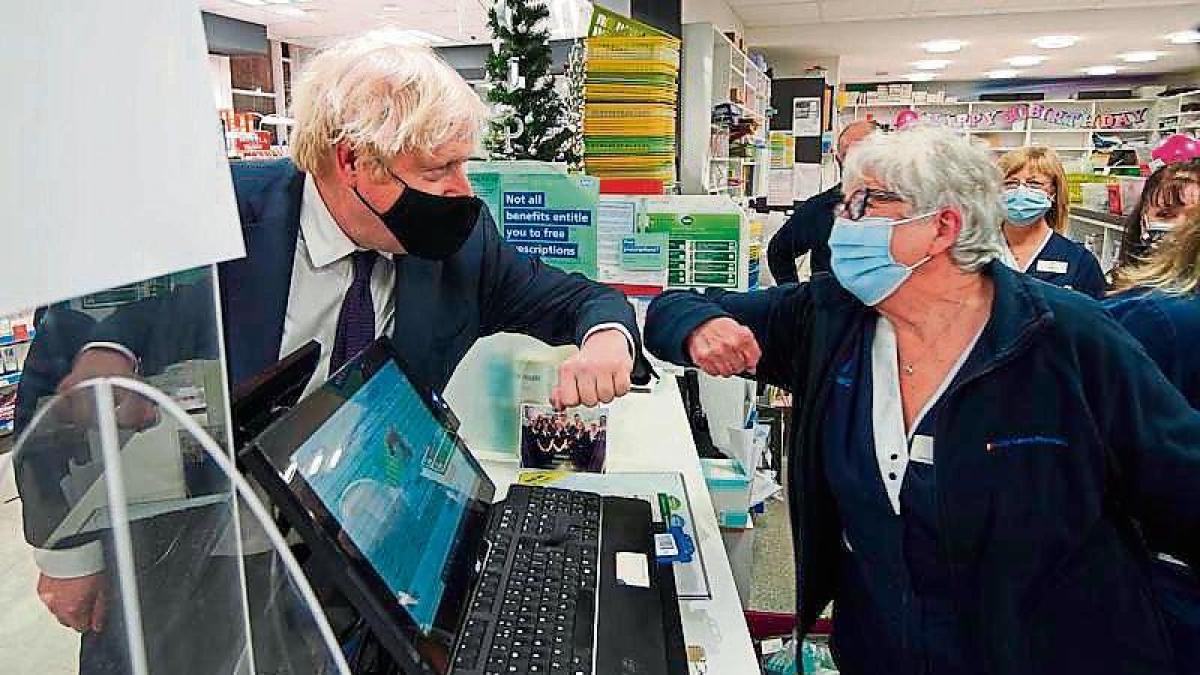 Eleven consecutive years in power is the political equivalent of a plane trip from Europe to Los Angeles or Australia. Endlessly. Passengers expect that at any moment the cabin lights will turn on, the captain’s voice will announce that the landing has begun, and please fasten your seat belts. Among the clouds you should already see the California coast, the beaches of Perth or the Sydney Opera House.

But even though conservative They came to power in 2010 with David Cameron, after the collapse of the Blair-Brown duo, their Boeing went through the turmoil of Theresa May, Brexit and the pandemic, and Leader Johnson experienced it in a rather unique way, at a moment there is no indication that the landing is near . It’s almost as if it’s close to the destination, but surrounded by air traffic, waiting for a runway and gate to become available (ie opposition ready to rule and seen as a viable alternative that won’t collapse ship).

The by-election results in Old Bexley and Sidekop (a suburb of southeast London, a conservative stronghold since the constituency was established in the 1980s) confirmed this feeling that British politics run in circles. The government put all the meat on the grill to avoid surprise, with numerous visits from Johnson himself and members of his cabinet, while the Labor Party practically did not campaign (neither its leader Keir Starmer nor London Mayor Sadiq Khan) was served. However, the 19,000 Conservative vote majority obtained in the 2019 Brexit frenzy was cut to 4,500, mainly due to massive abstentions that weren’t even bad weather, which is common in this Time, enough explanation.

Conservatives have been concerned about the potential impact of the recent corruption scandals (Johnson’s blunt attempt to change the rules of Parliamentary conduct to save the irregularly lobbied MP), government swaying on issues such as welfare, high-speed rail, equality in the north and south, supply problems, tax increases to the highest level in seven decades and the arrival of migrants by boat across the English Channel, which has tripled.

The result of this political daiquiri, in Old Bexley and Sidcup, was resentment rather than outright rejection of Johnson and conservative . Lots of people stayed home and the Labor vote went up by ten points, but nonetheless, the Conservatives won by a margin of 51% to 30%, suggesting the opposition is still far from being considered a viable option.

Despite the convenience of holding the seat, the conservative They also have cause for concern. Raising taxes and public spending isn’t a policy that carries the alpha party in its DNA, creating a rift between traditional voters and ex-workers from the impoverished North who have jumped on the Brexit boat, promises of more equality and Johnson’s personality, but with the kind of temporary membership card they could tear up at any moment. . More seriously, however, is the resurgence of the UK reform movement, as the former UKIP party led by Nigel Farage, which won 6% of the vote, is now called.

The Conservatives hold Old Bexley and Sidekup strongholds, but most have suffered a major bite.

In Old Bexley and Sidcup, neither the abstention nor the improvement of action nor the return of the UKIP under a new name was enough to disqualify the Conservatives from their seat. But next week the test will be much tougher in another by-election, North Shropshire, which they fear greatly due to the rise of the region’s Liberal Democrats, a possible tactical alliance between opposition forces, and the fact that the seat is vacant. by Owen Patterson, the MP who tried to save Johnson and ended up resigning amid corruption allegations. The majority of government is solid, but voters are deeply upset and unpredictable how they will express this frustration and anger.

The 18th century in Britain was the golden age of political deception. With the expansion of the state through wars, governments today have dedicated themselves to “selling” the jobs of civil servants and distributing public funds to those in power, assigning new tasks to private companies of friends, family, and donors without need. The hero of this system was Robert Walpole, with whom Boris Johnson is often compared.

Walpole has been prime minister for 21 years, which has been a very long journey. Can Johnson’s plane fly for that long, or will the lights turn on at any moment and the landing begin?