Bologna is increasingly smart thanks to Imecon 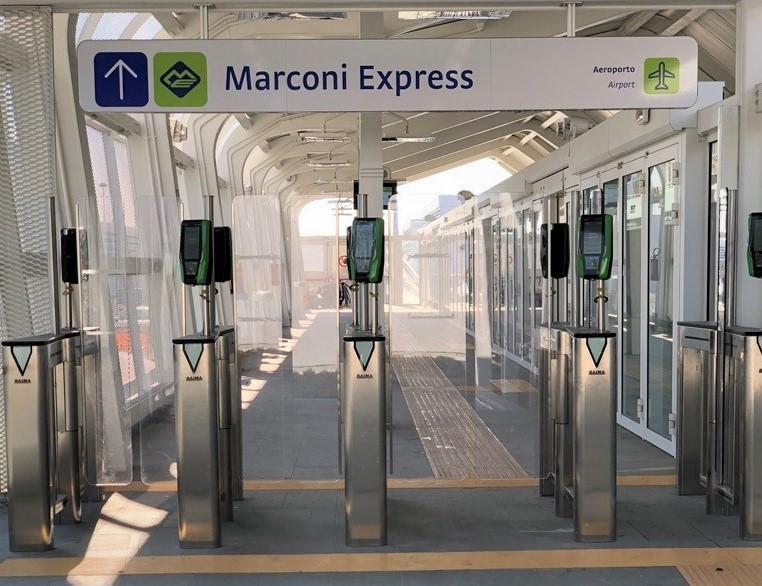 IconIt is an Italian company that specializes in the design and production of prototypes Technological solutions In the smart city and digital signage area, with IKON Segnali – which designs and produces indoor and outdoor fixed signage systems – is the protagonist of the project Marconi Express from Bologna. With its sustainable shuttle, futuristic street furniture created by IKON and integrated digital advertising circuit created by Imecon, Marconi represents one of Europe’s most innovative and ambitious projects in the transport sector.

Part of the Bologna Smart City project, The Marconi Express – o ‘People drive’ – And Train on monorail With zero emissions Capable of producing, through solar panels, up to a third of the energy needed for urban mobility providing the connection between the center and the main transport hubs to and from Bologna. In the summer of 2021 three months, they were almost 220mila People who used the service, including citizens and tourists.

“The street furniture of this ambitious European project is characterized by height Digitization, thanks to the use of Devices with great impact and clarityMade from 100% sustainable materials and with high-performance touchscreen technology, Imecon. Imecon and IKON combined their know-how to create a futuristic environment, with the goal of integrating clear and large-scale signage with digital hubs where you can find up-to-date information in real time.” Fabio Ferrani, CEO of Imecon and Director of the Digital Division of the Voilàp . Group.

MotiQa, a company also part of the Voilàp group, has worked alongside Imecon and IKON to develop the software: the company has in fact developed a platform capable of integrating with transmission hub systems to offer Real-time on screens departure and arrival times About the airport and the central station, as well as information about the Emilian capital itself, its events and entertainment initiatives for citizens and tourists. In the integrated system hardware + software Also useful systems for the complete management of advertising plans For advertisers interested in seizing this opportunity to appear in the context of the city Clever, unparalleled today in Italy, and for the maintenance and remote management of the devices themselves.

“MotIQa, specifically, has developed an integration of its own Gut and tail solutions, to manage and update real-time schedules for each of the nerve centers of navigation in Bologna, adding this essential functionality for travelers and tourists to remote control, data monitoring and diagnostics, as well as advertising planning “commented Nicola Guerrini, CEO of MotIQathat contributed to the project from a software point of view and that boasts similar smart experiences in the transport sector such as the integration of enabling technologies into the UK’s famous London Underground.

“Marconi Express represents the pace in the transport sector in Europe. From the public service that connects in just over 7 minutes between the airport and the railway station, to a new concept of transit and waiting areas, made more efficient in terms of communication and timely and transparent information update, the former has been arguably won the challenge in today’s smart city switch . We are confident that there are other projects for innovation and digital transformation, and we are confident that this is the direction towards a sustainable and smart future.” Fiery.

See also  WTI and Brent were lower, but jumped + 20% in February. Today we also turn to copper