Biden’s first disappointing foreign policy move. After the stench, it is not as if the air has become more breathing 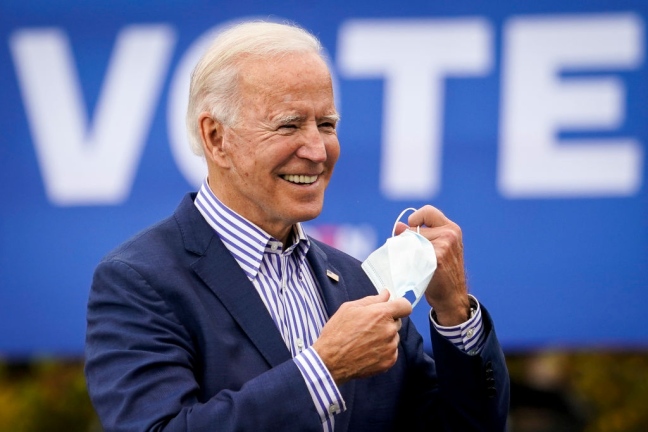 Once in office, the new US President Joe Biden was quick to sign a series of executive orders that, according to intentions, should follow a path with the previous Trump administration in domestic and foreign policy.
But is this really the case or are they just commercials? Let’s see in detail what the new president of the United States signed.
As far as domestic politics is concerned, the measures signed are primarily related to formal rather than substantive aspects. In fact, he has emphasized issues that are undoubtedly important but have little impact on American lives except for those related to extending student loan payments and interest freezes, and extending eviction restrictions due to the economic crisis. Because of the ongoing pandemic.
On the immigration front, the executive orders mainly relate to the reunification of immigrant children separated from their families on the southern border of the United States, one of the most cruel and controversial measures that Donald Trump wanted during his presidency, in order to discourage illegal immigration. Certainly a huge media influence, but not of much significance. It also intends to lift the ban imposed on citizens of Iran, Iraq, Libya, Somalia, Sudan, Syria and Yemen from visiting the United States for more than 90 days and freezing the construction of the wall between Mexico and the United States. .
In terms of epidemic prevention, it has introduced the obligation to use a protective mask on federal properties and for interstate travel, a measure that will not stop the spread of the virus because it omits all those places where it is easy to get infected.

But on foreign policy, the new president does not draw any lines with the previous administration. The only intermittent and completely irrelevant positions on the political-strategic level are the re-entry into the climate accords signed in Paris and the United States’ return to the WHO. Two measures that have a major media impact but of little geopolitical importance are clearly not solving any of the international problems. Problems that Biden does not seem intend to solve.
In fact, the hottest seasons like the Middle East, China and South America remain open. In the Senate confirmation session, incoming Secretary of State Tony Blinken did not mention any major changes in the most important issues the Trump administration has left open: China, the Middle East, and Latin America: the music appears to be the same.

In fact, Blinken’s new secretary of state has praised his predecessor, Donald Trump, and, according to him, was right to use an iron fist with Beijing, but he should have chosen different systems. He said, “There is no doubt that China” represents to the United States the greatest challenge from a nation-state … (China) “does not hide and does not wait any longer … We need to start confronting it from a position of strength not weakness.” The new administration will not fail to provide protection for Taiwan and commends Trump’s decision to define China’s repression of the Uyghurs as “genocide.”

The new US Defense Secretary Lloyd Austin spoke with Japanese Defense Minister Nobuo Kishi and confirmed in a conversation that the United States is ready to defend the Senkaku Islands, as China claimed, according to a Pentagon statement.
“Minister Austin also stated that the Senkaku Islands are covered by Article 5 of the US-Japan Security Treaty and that the United States continues to oppose any unilateral attempt to change the status quo in the East China Sea.”
The new US administration is also studying the possibility of reviewing the agreement with the Taliban in Afghanistan, which provided for the withdrawal of most of the American forces in the Asian country. The agreement signed between the Trump administration and the Taliban which, however, ignored the Afghan government as an expression of the United States.

On the Venezuelan side, the Biden administration, like the Trump administration, will continue to regard Juan Guaidó, the self-proclaimed legitimate president of the South American country, and will do its utmost to expand economic sanctions to make the Maduro government surrender. Nothing new either with respect to Cuba and Nicaragua, countries where, during the election campaign, he said, democracy must be restored.
Turning to the Middle East, Blinken stated that “the United States will work with its allies (Israel and European governments) to reach a“ stronger and longer-term agreement ”on Iranian nuclear energy. He did not refer to the possibility of easing the sanctions affecting Iran, nor did he give certainty that the United States can. Enter again in the nuclear deal Trump left in 2018.

There is nothing new about the Israeli-Palestinian crisis: The Israeli embassy will remain in Jerusalem. Blinken tried to reassure the leaders of the Palestinian National Authority headed by Abu Mazen: “The only way to guarantee Israel’s future as a democratic Jewish state and to give the Palestinians a state they deserve is the two-state solution.” Then he added, “I think it is difficult to see short-term prospects developing on this basis.” This means that the White House will not impose this solution on Tel Aviv. Meanwhile, Netanyahu continues his policies: His government has given the green light to decades to build another 2,572 homes in the colonies: 2,112 in the West Bank and 460 in East Jerusalem. Just four days ago, he approved 780 homes.

In short, I would like to mention that the new Biden administration in domestic politics but above all in foreign policy is not at all different from the one that preceded it. It seems to me that the new president was more concerned with the media side than he was interested in the real desire to draw a clear line with the person who preceded him in drafting his first executive orders that were often announced. And it really does not surprise me at all.