Between Trade and Geopolitics: ASEAN Nations in the Indo-Pacific 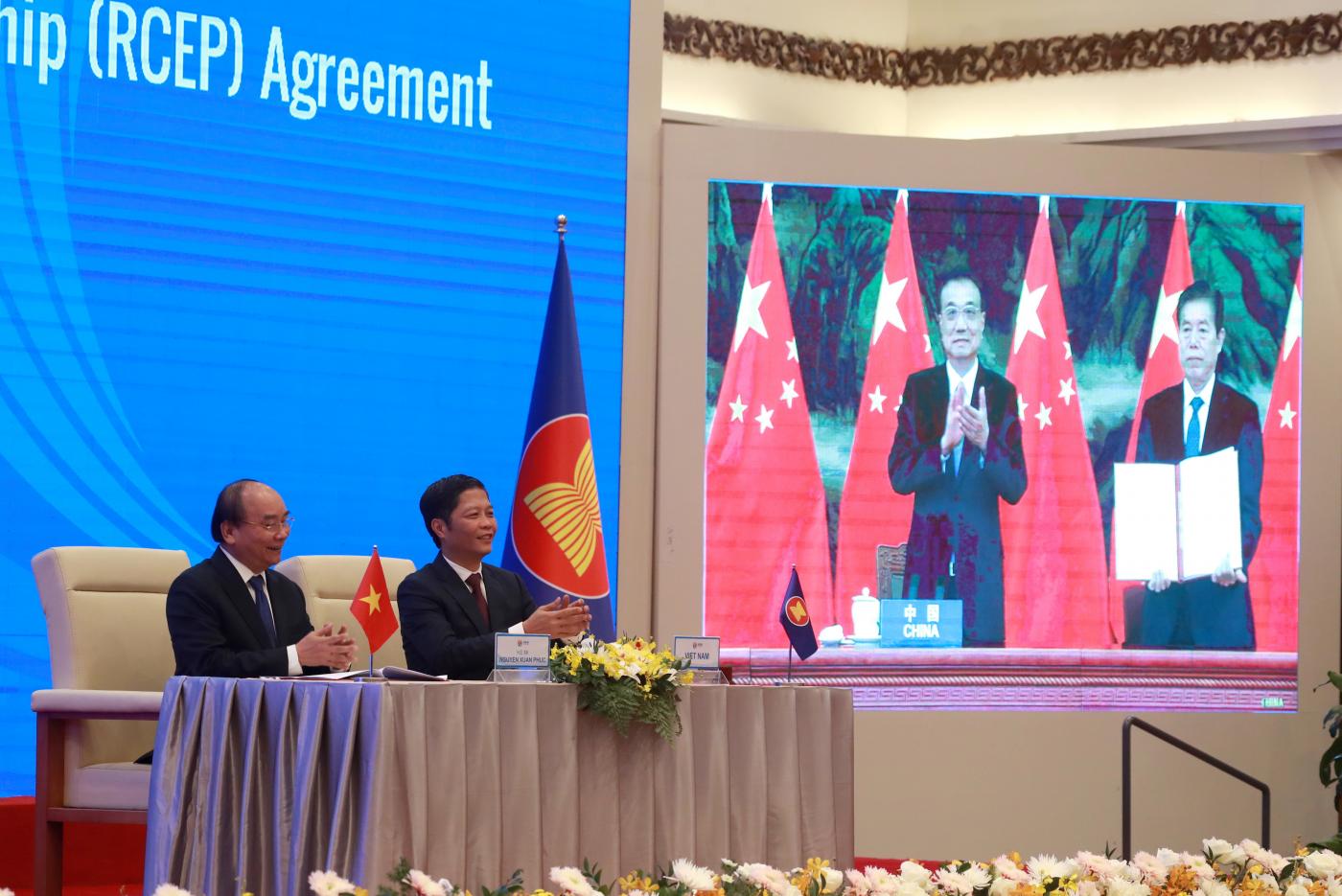 A powder keg that could explode at any moment: This is how the South China Sea has been defined over and over again, one of the hottest theaters of the 21st century. Its waters are an essential part of the geostrategic competition between United States and China The various rising powers insist on the will to power.

Trade routes to be conquered, alliances to be preserved and ancient historical issues to be resolved tangled into one thorny knot. There are many actors involved in this conflict, ranging from countriesASEAN (ASEAN): Brunei, Cambodia, Philippines, Indonesia, Laos, Malaysia, Myanmar, Singapore, Thailand and Vietnam. And we have to add then, as mentioned, China and the United States, where Beijing is trying to expand its influence over what it sees as its “backyard” and Washington, on the contrary, is trying to prevent the rise of the dragon. while maintaining its influence. Asian outposts. It is impossible to please everyone. Also, as expected, when we talk about South China Sea At least three different aspects overlap each other. The first relates to the historical differences between the countries of the region.

The roots of the still ongoing regional conflicts go back to the distant past 1947. At that time, Chinese nationalists from the Kuomintang drew a map of the South China Sea by drawing 11 broken lines, This is China’s claims. Too bad that this water also included the waters between Vietnam, Malaysia and the Philippines. A few years later, the Communists from Mao came to power. In the 1970s, then Chinese Prime Minister Zhou Enlai erased two dashed lines, reducing them to nine. Little problem: Those traits were too vague, not to mention the fact that China’s neighbors didn’t agree. However, as long as the Dragon was a poor and weak country, the matter remained open. Since the Asian giant flexed its muscles, Beijing has reclaimed its territorial area (the one between the Nine Lines).

In 2013, the Philippines lodged an appeal with the Permanent Court of Arbitration in The Hague, which, in 2016, declared the infamous Line Nine A violation of international rights. Last but not leastChina has signed the Law of the Sea Convention, which establishes a country’s exclusive economic zone in designated space within 200 miles of its coastline. Therefore, the islands claimed by China will not belong to Beijing. Which, for its part, considers the Hague ruling a waste of paper.

The second question to be analyzed regarding the South China Sea is of a geopolitical nature. Every country involved in the conflict has a thousand reasons to fully exploit the local waters. In addition, it is necessary to consider the necessary balance required from ASEAN members, partly a competitor to China and partly from its very close trading partners.

It is no coincidence that in November 2020 a huge trade agreement was signed that alone equals 30% of global GDP. This is the Regional Comprehensive Economic Partnership (RCEP), a partnership that includes members of the Association of Southeast Asian Nations, as well as China, Japan, South Korea, Australia and New Zealand. This is the world’s largest free trade agreement, and every actor involved looks forward to taking advantage of exclusive benefits.

Also because RCEP covers an area equal to a third of global economic activity. The agreement (which is still subject to ratification in the next two years) unites pro-West Asian nations like Japan and South Korea into a single system, with Western Pacific nations like Australia and New Zealand, with the 10 Southeast Asian ASEAN nations, with China. Each of them also has other affiliations that come from past experiences, including the CPTPP that culminated in an Obama-initiated trial (TPP), which Trump later canceled, but was eventually finalized by others except for the United States. or like The new supply chain charter that unites others. But it remains to be seen whether these regimes will survive now that the overall systemic picture has been formed. At the same time, it is also possible that if commercial interests tend to unite these regional players, the geopolitical balance will lead many of them to counter-secure with closer military-defense cooperation with the United States. For this reason, it is difficult to imagine that there will be a fundamental complementarity between RCEP and The New Silk Road Inspired by China, given that the two projects are on a parallel path but it is difficult to converge of different types, thanks to the larger geostrategic position of the party. Belt and Road Initiative.

We come to the third point: the economy. We talked about nine dashed lines from China. These are intertwined with exclusive economic zones from other countries. Well, no one will give even a single nautical mile. For any reason? The depths of the South China Sea are rich in natural resources, from fish resources to hydrocarbons. This region appears to host about 10 billion barrels of oil and 25 trillion cubic meters of gas. Moreover, controlling the area will allow to control one of the most strategic trade flows on the planet: the one that passes through the Strait of Malacca. From here, every year goods with a total value of 5 billion dollars pass through.

The region in which the ASEAN countries participate in the framework Chess game More broadly than the global context is the center of gravity of demographics, trade balances, and global strategic rivalries. in an article Appeared in May 2020 on Asia Times David B. Goldman analyzed the recovery of Asian economies and systems after the coronavirus crisis, noting that “Asia is now a cohesive economic bloc. 60% of Asian countries’ trade is with the rest of the continent, the same as the European Union.” Moreover, “While trade with the United States is stagnating, trade between Asian countries is growing year by year. The growth of Chinese trade with Southeast Asia, South Korea, and Taiwan indicates the expansion of Asian integration: Chinese exports to Asia are growing faster than Trade between Beijing and the US In addition to China, the main focus of this growth is the Indo-Pacific belt countries members of ASEAN Ambitious middle powers whose status, in the medium to long term, may lead to a significant absence (for the time being) For regional integration:India, Proudly independent and eager to go it alone in the race to transform itself into an independent geopolitical power.

READ  Lord & Taylor goes out of organization, ending a just about 200-12 months-outdated legacy