Before the elections: Putin promised the Russians billions and nominated Lavrov and Shoigu as leaders of the list 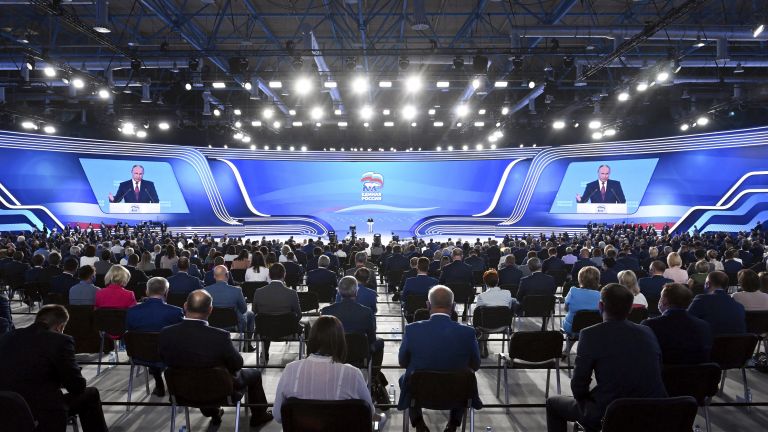 The agency quoted AFP as saying that President Vladimir Putin promised the Russians during a conference of the ruling United Russia party, which is dedicated to the upcoming parliamentary elections in September, to improve their living standards by billions of rubles.

The Russian leader spoke for about an hour before several hundred senior United Russia officials gathered in Moscow.

“A prosperous and solid family with children is the future of Russiasaid Putin, who remains loyal to his defense of family values ​​and his goal of fighting Russia’s demographic decline.

Amid the COVID-19 outbreak in Russia and efforts to launch a Russian COVID vaccination campaign, Putin also called for at least 100 billion rubles to strengthen the public health system.

The agency notes that Putin aims with this step to attract more votes for “United Russia” in the upcoming elections.

Both Shoigu and Lavrov are very popular due to their strong defense and foreign policy positions, respectively. Their appearance on the electoral list does not obligate them to take the seats of the deputies if they are elected.

From the United Russia Congress today Absent Dmitry MedvedevThe former Russian president and prime minister who heads the United Russia party. He resigned as prime minister in January 2020 and took over as deputy head of the Russian National Security Council. There is no explanation for his absence today, but according to unofficial information in the Russian media, he is not in the top five on the lists.