Bajhoot – The Wisdom of the Curmudgeon in Modern Britain | Britain 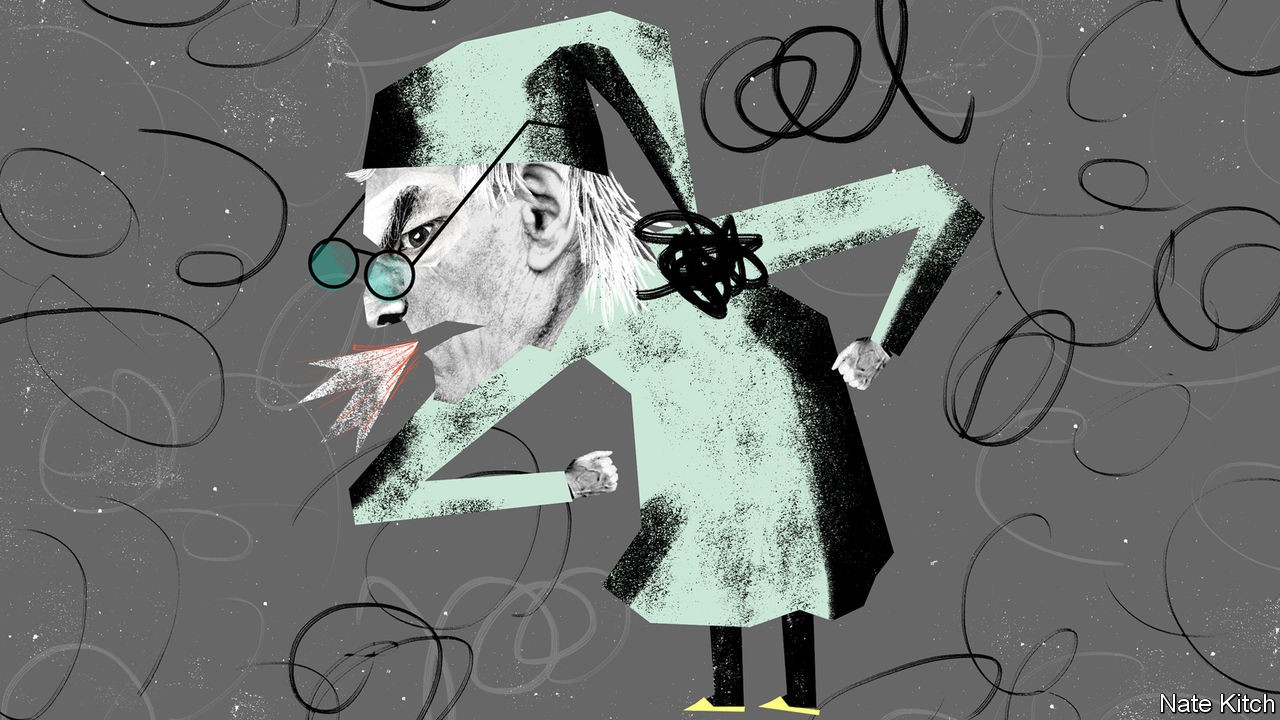 a British Christmas Not only is he separated not only from a cheerful fat man in a red suit but also from a tender angry man who “squeezes, grabs, grasps, scrapes, grabs, a coveted old sinner” Charles Dickens’ novel “A Christmas Carol” was an instant hit. Within two months of its publication in 1843, there were 12 adaptations of the London theater. After nearly two centuries, Maad the Hero maintains a hold on the popular imagination. The Internet presents the dancing curmudgeon, the singing curmudgeon, the awake curmudgeon, the curmudgeon with the marionettes, and the curmudgeon with the Freudian “father’s issues”.

By all means, enjoy the song “A Christmas Carol” this season – it’s better to read aloud to children, in Victorian fashion, than reading on screen. William Thackeray, competitor and contemporary of Dickens, described it as “a national good and for every man or woman who reads it, personal kindness.” But don’t stop there: Dickens is an inexhaustible source of fun and education all year round. He was, after Shakespeare, the most creative character creator in Britain, with over a thousand Wikipedia listings. Being as relevant today as it was in his day is testament to not only his ability to capture basic human traits but also the parallels between the Victorian era and ours.

So many Dickens characters summon the strange spirit of 2020 that it is difficult to choose between them. In “Bleak House,” the Old Krook burns automatically, which feels like a fitting end of the year. In Troubled Times, Gradgrind attempts to “weigh and measure any part of human nature”, neatly summarizing modern officials’ obsession with goals and algorithms. In “Little Dorrit,” the Barnacle family controls the courtly business, and well-connected Tories enjoy the benefits of government outsourcing today. But three characters surpass their competitors as incarnations of 2020.

John Bodnap, from Our Common Friend, is Brexit. Small, pompous, of the narrow kind – “particularly satisfied with most things, and above all other things, with himself” – he considers other countries “wrong”, “unfortunate born” aliens, and the best British constitution in the world, “has given us divine providence”. In short, “no other country” is “as preferred as this country”.

The echoes of Podsnap’s opinions about the Conservative Party world. Gavin Williamson, the education secretary, told a radio audience that Britain, of the various countries under discussion, “is a much better country than every single country”. He said his speed in licensing the covid-19 vaccine was evidence that “we have the best people in this country and it is clear that we have the best medical regulators.” It was Podsnappery that prompted Michael Gove to claim that Britain “would keep all the cards” when it left the European Union, and Podsnappery convinced Liam Fox that there was a business deal with I am It should be “the easiest in human history”.

If Bodnap embodies national satisfaction, then Madame Defarge in A Tale of Two Cities embodies revolutionary fervor, with her compelling blend of the hideous and the mundane. She runs a wine shop while plotting against her enemies, patting as she watches one aristocrat after another go to the guillotine. The individual humanity of her victims means nothing to her; They are just representatives of a system that must be destroyed. In Dickens’s words: “She did not see him. She saw them.” Knitting is more than a passive distraction from an act of revenge. The names of her victims love you in an act of revolutionary piety.

Today’s culture wars repeat these themes. Revenge-obsessed revolutionaries dehumanize their opponents by chasing them off-stage in public meetings (“taking off the stage”) or attacking them on social media (“canceling”). They are making people fired from their jobs, and often unemployed, due to deviations from the ever-changing dogma. Veteran columnist, Susan Moore, left guardian Because of an uproar over an article I wrote on women and transgender rights. Oxford historian, Selena Todd, was denied a lecture and forced to hire security guards because she offended some activists. People remain mum about newly delicate issues because they fear the sound of today’s equivalent of Madame Defarge knitting needles tapping away as the professional guillotine descends their necks.

What about the curmudgeon himself? Sadly, in portraying this straight citizen, Dickens allowed an even more disturbing, emotional vice, to overcome. “Christmas Carol” descends. At his relaxing end, the reformed curmudgeon makes up for those who have wronged them and sucks all and the varied. Before his unfortunate decline, he was one of the wisest characters in literature, and blessed with great insight: The world is addicted to nonsense. This strong perception is more correct now than it was in the 1840s.

Today almost everything is the opposite of what it pretends to be. The companies claim to be dedicated to promoting gay rights, promoting multiculturalism, or uniting the world in Cumbaya’s lyrical song, when in fact they are working to individually maximize profits. CEOs claim to be very humble “team leaders” – a tribute to Dickens’ other great invention, Uriah Heep – when in reality they are collecting an unprecedented share of corporate money. Private schools like Eton claim to promote “diversity” and “inclusion” even if they charge £ 42,000 a year. Future historians who seek to summarize our era may call it the “era of nonsense.”

Whether the presenters of this sacred malice actually believe in it, or whether it is a double sarcasm, it does not matter. Either way, doctors, suckers, and so-called thought leaders are pumping harmful amounts of it into the atmosphere. The nation is in dire need of Dickens in the modern era of air purifier. Until someone appears, the British must repeat the Christmas slogan of his great creativity each season: “Bah, nonsense!” ■

This article appeared in the Britain section of the print edition under the heading “The Wisdom of the Curmudgeon”.