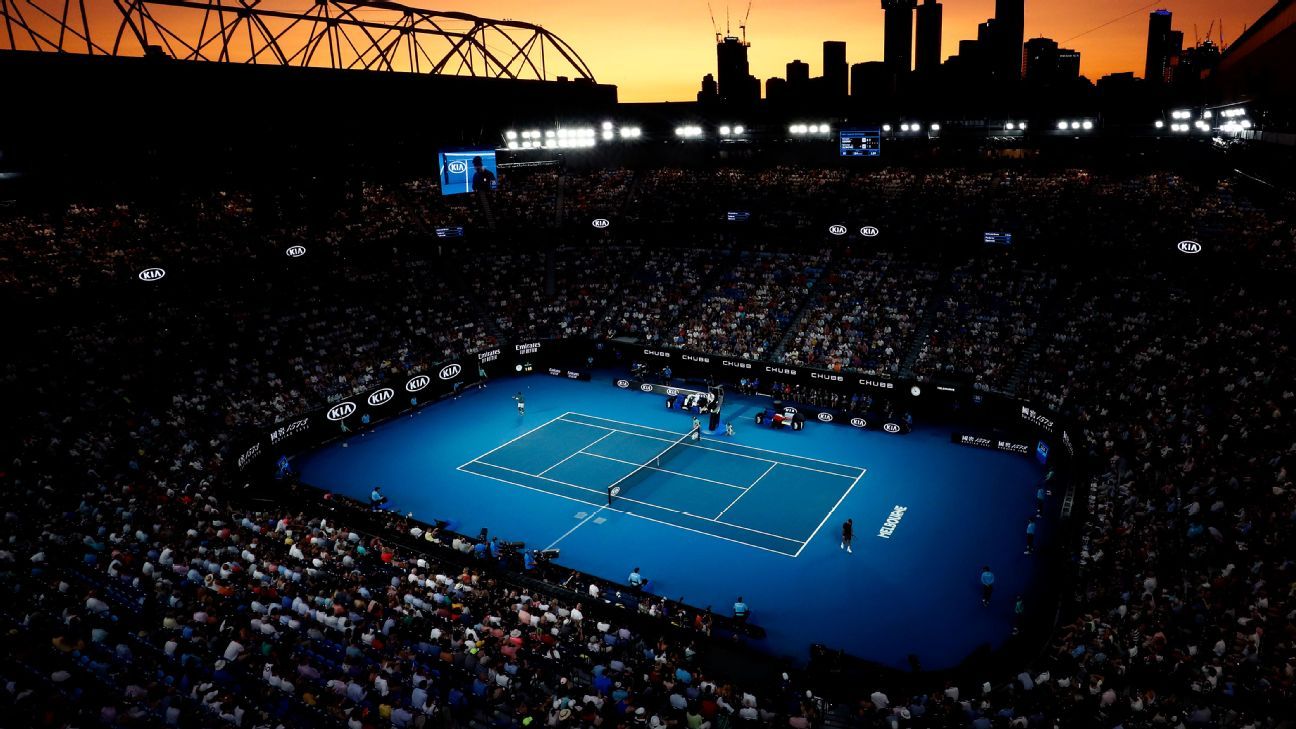 Prime Minister Scott Morrison and Victoria State Premier Daniel Andrews disagree as debate rages on whether tennis players who have not been vaccinated against COVID-19 should take part in the upcoming Australian Open.

The prime minister caused a political uproar on Wednesday that unvaccinated tennis players could enter Australia for the first major tournament of the season in January, as long as they spent two weeks in quarantine.

“We want major events in this country. A lot of jobs depend on it. We want Australia to show the world that we are open,” Morrison told Australia’s Nine Network.

“If a special exemption is justified on economic grounds…it is possible, but you have to follow the health rules in each state.

But hours later, Andrews flatly ruled out that they would seek waivers for non-vaccinated players.

“What I want to make clear is that the state of Victoria will not ask for any waivers for unvaccinated players,” Andrews told reporters in Melbourne.

We won’t ask for an exception so the issue has been resolved.”

Victoria’s chief said that even if unvaccinated players get exemption from quarantine in another state, they will not be allowed into Melbourne Park.

The head of state’s announcement that unvaccinated players will be free to play the Open comes after Immigration Minister Alex Hawke ruled out the same situation last week.

“I supported Secretary Hook’s opinion, which I assumed was the opinion of the Federal Government, and that does not appear to be the case,” Andrews said.

“The federal government has turned 180 degrees.”

The political withdrawal began by the world number one and nine-time Australian Open champion, Novak Djokovic, after repeatedly refusing to reveal whether he had been vaccinated against COVID-19, also indicated last week that he was unsure if he would return to Melbourne in 2022.

The debate over vaccination has arisen around the Australian Grand Slam ever since the Victorian government imposed a mandatory vaccination policy for professional athletes.

But with less than three months to go until the biggest and richest event scheduled for January 17 kicks off in the annual Australian sports calendar, it remains unclear how the rule will apply to open and foreign travelers.

Hook said last week that “our health advice is that when we open the borders, everyone who comes to Australia will have to be vaccinated twice… This is universal application, not just tennis players.”

But with the prime minister having his say, it now appears likely that unvaccinated players will be able to compete in the World Open under quarantine requirements.

“The same rules should apply to everyone,” Morrison told Seven. “If I hadn’t been vaccinated twice when I got home in Glasgow, I would serve two weeks in quarantine.”

Victoria’s leader on COVID-19, Jeroen Weimar, also entered the saga with some stark words on Wednesday.

“The Australian Open will be for immune audiences and immune participants,” he said.

“We just want to get people vaccinated at these major sporting events.

“We have exceptional experience and tradition in organizing great sporting events and doing so safely.

“We’re not going to change that now and people have options to participate – go get vaccinated and get out.”