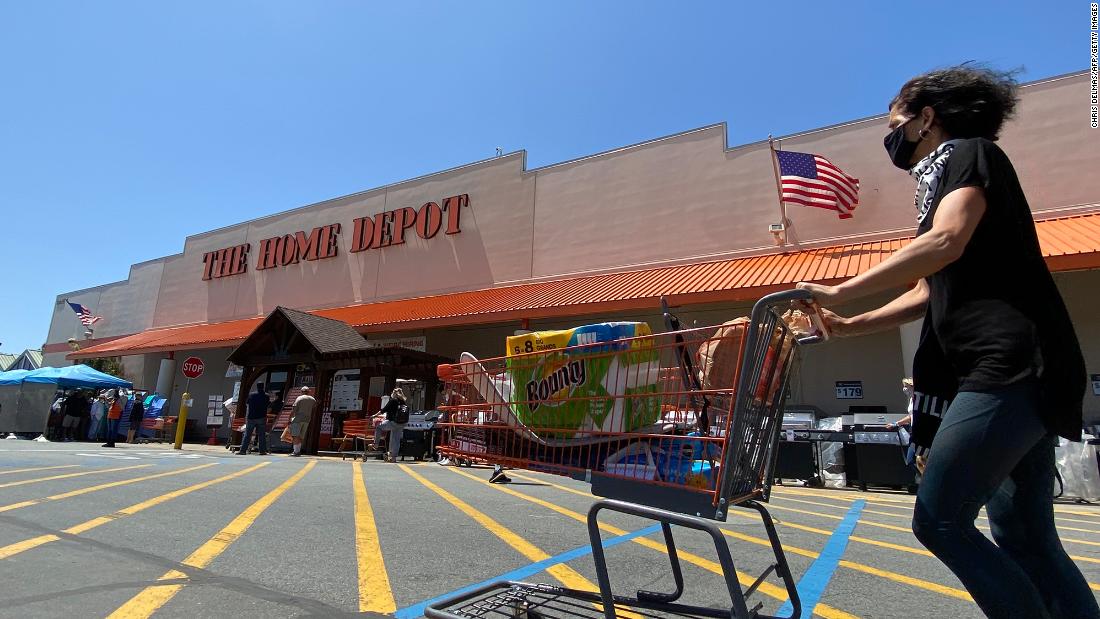 Rivals Home Depot and Lowe’s both announced Friday that they will require customers to wear masks in their stores, joining other major retailers this week that have instituted similar requirements, including Walmart, Target, Kroger (KR), CVS (CVS), Kohl’s and Best Buy (BBY).
Home Depot (HD) has been the target of calls for boycotts by critics of President Donald Trump, as the chain’s co-founder, Bernard Marcus, gave $7 million to the president’s election campaign in 2016, making him the second largest donor to the president.

Marcus, a former CEO of Home Depot, is no longer an executive at the big box retailer, and retired as chair of its board of directors in 2002.

Most Home Depot (HD) and Lowe’s (LOW) stores stayed open while other retailers were shut during stay-at-home orders earlier this year as they were considered essential businesses by most states. Both companies were already requiring employees to wear masks.

“We appreciate all of our associates who have been working so hard to serve our customers with the essential products they need throughout the COVID-19 pandemic, and we want to thank our customers for their cooperation as we work to protect everyone in our stores,” said Ann-Marie Campbell, executive vice president of stores for Home Depot.