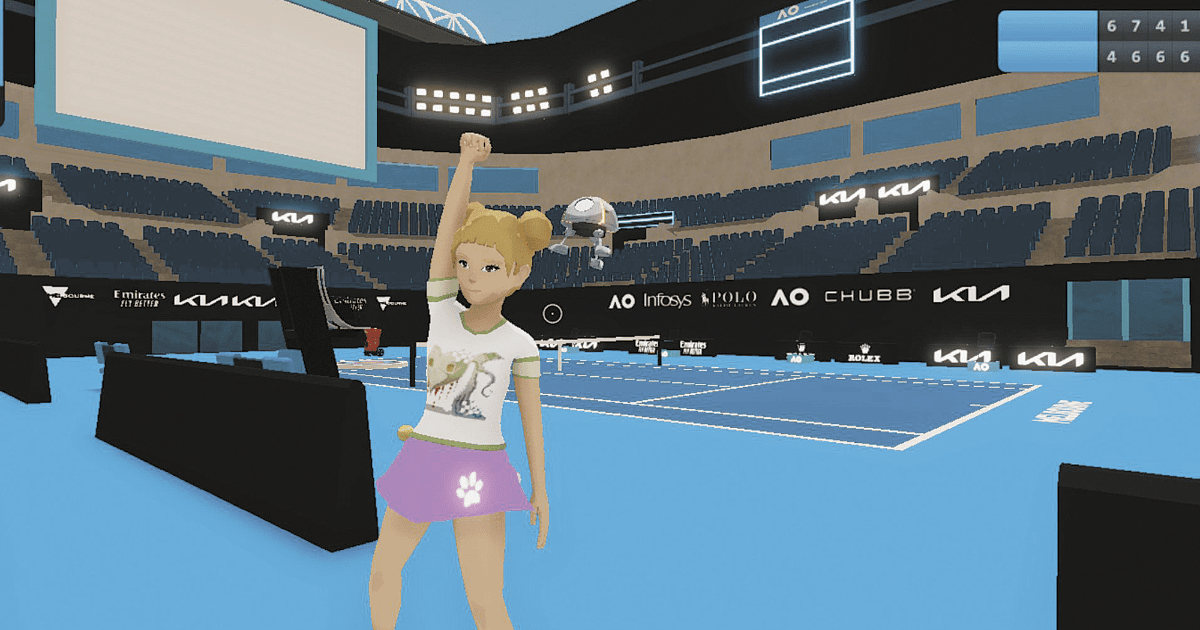 the Australian Open It’s the first major tournament in metaverso. In recent years, the introduction of technology has been the hallmark of this year’s first major tennis tournament and 2022 will be no exception. The generation of immersive experiences in virtual reality and the non-fungible token set (NFT) are among the key innovations in this edition of the competition.

“The Australian Open has always been known as one of the most innovative and forward-looking Grand Slam tournaments. It has been part of a natural progression for us to move into the next space we thought was. metaverso. What we wanted to do was create a replica as close to Melbourne Park as possible,” Ridley Plummer, Metaverse Project Manager and NFT for the tournament, told CoinDesk.tv.

Decentraland is the entry platform to Australian Open (AO) to metaverse. Through this virtual reality tool, users will be able to enjoy all the contents of the tournament online while interacting with other users and tennis lovers. They will be able to explore the virtual recreation of the AO complexes during the tournament, complete challenges and view historical content, all to bring fans an immersive experience as close as possible to the real world. Fans of the site will also have the opportunity to see the metaverse through the screens.

In an effort to engage the new generation of fans, a set of NFTs will also be offered for sale, something that a Grand Slam event hasn’t done before. These correspond to a virtual tennis ball with a unique pattern, the data of which will be linked directly to the live match data.

It would be a purchase of these products using cryptocurrency Ethereum, at a cost of approximately 0.067 ETH each (about $220), with which Tennis Australia could raise around 1.5 million by selling a pool of 6,776 NFT called “Art Ball NFT”.

Half of the money he raised start something NFT It will help cover Tennis Australia’s costs and the other half will be used to offset carbon emissions from Ethereum.

“Ultimately, we want to become the most accessible sporting and entertainment event in the world,” Plummer said, whether it’s putting together a portion of the event through NFT or attending Decentraland, we want someone from New York or Paris to be able to join in the same The way he would have done had he been in Melbourne.”

It wasn’t the only innovation implemented at the event. In 2021, as part of a health safety protocol, AO became the first Grand Slam to replace guards in every court with Hawk-Eye Live technology, a move that will be repeated in 2022.

Using Hawk-Eye technology, it performs electronic reviews of plays that challenge tennis players. These systems use high-speed cameras to create visual images that allow tracking the ball’s path, and determining whether it has landed in or out of bounds. Roland Garros did not use it, and Wimbledon only used it in certain cases.

In terms of user experience, Tennis Australia will implement its Action Audio in all Center Court games for the blind and visually impaired. This creates an audio picture of what’s happening on the pitch, making the experience more engaging than audio commentary alone.

One of the technology partners of Australian Open is Infosys, the successor to IBM, letting you harness big data, analytics, artificial intelligence, virtual reality, and cloud technologies to elevate the experience for fans, players, coaches, partners, and the media.