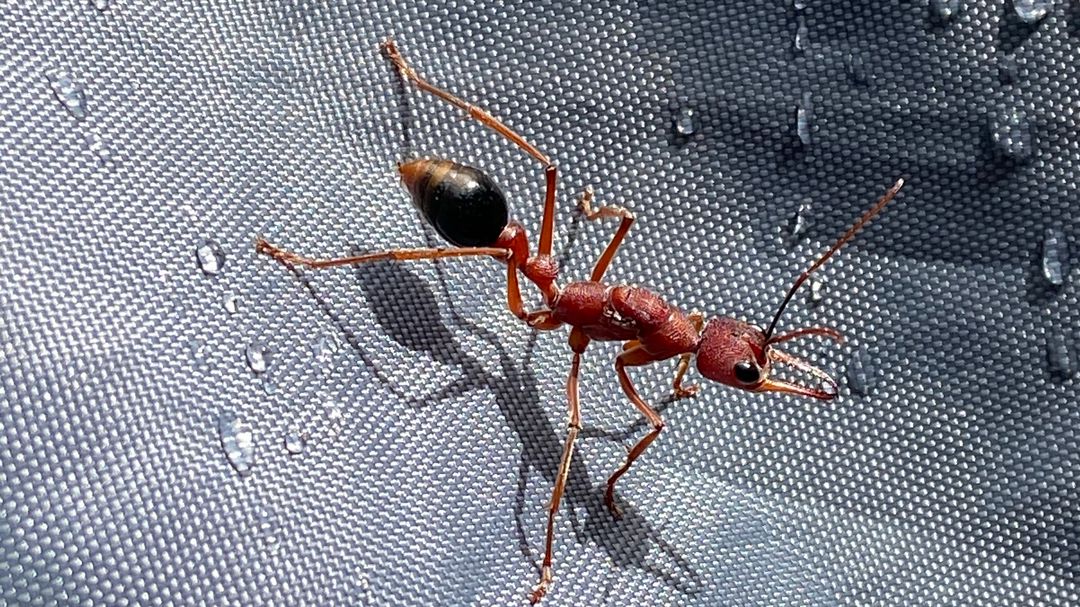 Fire ants are brown-red in color, small in size and at the same time very dangerous. Because insects are extraordinarily aggressive and their sting is extremely toxic. Although Australia is known as a land of poisons – and the most venomous snakes, spiders and jellyfish in the world live here – the insects endanger the Australian lifestyle like any other animal.

The dangerous fire ants originally come from South America. They are in Australia “illegal immigrants”. The animals have likely traveled 15,000 kilometers across the Pacific Ocean with one or more cargo ships. The first infected areas were discovered in Brisbane in 2001.

Fire ants are hard to come by

Insects are difficult to reach for various reasons. Not only are they relatively small, at a size of 2 to 6 millimeters, but their nests are also somewhat inconspicuous with a maximum height of only 40 cm. In addition, animals can fly up to five kilometers and are adept at “hiking” or moving on the water on their own.

Australia has been fighting pests for nearly 20 years with the million dollar program. The authorities are now confident that they will indeed win the battle against the animals. Graeme Dudjon, who heads the fire ant program, told state broadcaster ABC that great strides have been made in getting rid of ants in Australia. But “the largest extermination program among all invasive ant species in the world” was necessary for this purpose.

Ross Wylie, scientific director of the eradication program, called ants “super pests,” which can cause great harm not only to humans but also to other animals and plants. Ants will attack “more than 52 different crops”. “They affect the environment, human health and lifestyle – which is why they are considered severe pests,” said the Australian.

Extermination of animals is the only option

According to Dadjon, extermination was Australia’s only option from the start. The expert mentioned that in countries that have not been exterminated, this will have an impact on people’s lifestyles. For example, one can no longer go for walks. “I saw pictures of people walking in their backyards, wearing buckets,” he said. In addition, fire ants can kill people. While no deaths have been reported in Australia so far, people die every year in the United States, where fire ants have already spread over large areas. Because for those with allergies, a sting, like a bee or wasp sting, can be fatal. In the United States, the economic damage caused by animals now runs into the billions.

As part of a $ 400 million program (equivalent to about 240 million euros), Australian authorities are working with helicopters, dog detection and genetic tracking. “Every specimen of fire ant we’ve discovered since 2001 has been genetically tested,” Willie said. “We use this to understand relationships, for example which nest belongs to the mother insect and which nest belongs to the daughter.”

From helicopters, the cameras capture images in very high resolution. “The images taken by the cameras show the temperature of the fire ant’s nests compared to the cooler environment,” explains a press release from the Agricultural Authority, explaining how nests can be found, especially in hard-to-reach jungle areas.

Since the inception of the current ten-year program, which has been in implementation since 2017, the authorities have already succeeded in eliminating six epidemics. Meanwhile, Wylie is extremely optimistic that the ant can be permanently defeated on the Fifth Continent, although the animals of course are “extremely tough and very adaptable” and must outrun them “at every turn”.