Arno Danjuma: The Bournemouth winger says he’s frustrated with those who consider knee a waste of time 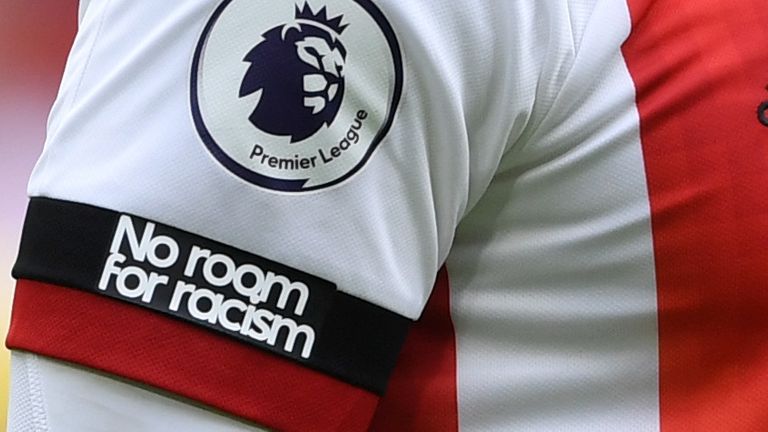 Arno Danjuma says he will reach his knees and reveal his anger at those who described this gesture as a waste of time: “It really annoys me when people say it.”

Since Project Restart started last summer, Premier League and Football League players, officials and staff have been kneeling before kick-off to show their support for the global anti-racism movement.

Asked how he felt when people considered taking the knee a waste of time, Dutch player Danjuma, 24, said: Sky Sports News: “To be honest with you, I don’t think I can say that on camera.

“It’s really annoying when people say it. It really frustrates me when they say it. I definitely feel it’s not a waste of time and anyone who says they need to look in the mirror.

“It’s very important to talk about it and communicate with others. And anyone who says this should get more education.

When asked whether he thought fans hissing at their knees lacked education on racism and social injustice, he added, “Yes, 100%. I think schools should educate young people better about racism.

“I think the fans who frown have not learned that. They have to look at history, what really happened and see how we got to where we are today.”

People should educate themselves and talk about it. It’s a very uncomfortable conversation for a lot of people, and the more we talk about it the better. We have to make sure that history does not repeat itself. “

Danjuma has scored eight goals and assists in 23 Bournemouth tournaments so far this season, and the South Coast club are looking to return to the Premier League immediately.

Last month, Cherries’ team released a statement explaining why, as a club, they felt nodding had “taken its course” in combating racism and discrimination in football.

Some black footballers have even spoken against the knee, including Wilfred Zaha of Crystal Palace and Brentford’s Evan Toni.

Everyday MirrorDarren Lewis previously explained why he felt that Zaha and Tony’s comments had been misunderstood as online abuse, discrimination and racism continued to rise, especially on social media, with many soccer players being targeted.

“It was a very reasonable and healthy discussion,” Danjoma said of Bournemouth’s decision to stop kneeling before the matches. “Steve Cook was in charge [of the meeting]As a parent company.

“He said anyone who wanted to continue raising the knee could do it. I told them I would hit the knee if no one was against it. Everyone was open-minded.”

“Nobody tried to stop me from expressing my feelings, and we are all in agreement.”

We welcome everyone to Sky Sports: This is a message we’re proud to share.

Inclusion is an integral part of Sky and there are few activities that bring people together like sports. Whether we’re attending or watching the event live or talking about the big event, we all deserve the satisfaction, fun and entertainment of the sports we love.

At Sky Sports we are committed to covering all aspects of sport.

We pledge to do more to tackle racism, shed light on racial injustice, and support communities affected by racism.

We are committed to attracting enthusiasm and passion for all sports. We will shed light on issues affecting underrepresented groups in sport and be a positive force to help sport grow at all levels.

Sky is also committed to diversity in the sport, whether as an employer, broadcaster, or publisher. As they say, everyone is welcome.

Social media companies are the best at dealing with harmful content on their platforms, and we want them to do more. As a publisher on social media platforms, it is difficult for us to monitor and manage every comment posted and take action against any comment that is offensive or hateful.

But we will use our reach and our voice – and the voices of our staff – to highlight the extent of the online hate and the damage it can inflict on our individuals and guests on our radio shows and our customers.

We are committed to inspiring change. We will try to remove all hateful and offensive comments from our posts and on social media channels.

We are committed to trying to make Sky Sports and our social media channels a place for comment and debate free from hate, hate and vulgarity.

We will take the following actions:

Sky Sports will use its reach and voice to highlight the extent of online hate and abuse and the harm it can do to people.

We will try to remove as many abusive and hate comments posted on skysports.com and our social media channels as possible.

We will report hate and abuse to social media platforms

We will inform the relevant authorities of the most serious cases

Unleash your condemnation of racism

Shot her Equality and Inclusion in Football – works across all sectors of football, education and society to challenge discrimination and encourage inclusive practices and campaigns for positive change.

Tony Burnett, the new CEO of Kick It Out, recently met with Sky Sports to discuss the ongoing struggle against online hate in football.