Antonio Reguero, with a “sense of security” in Finland 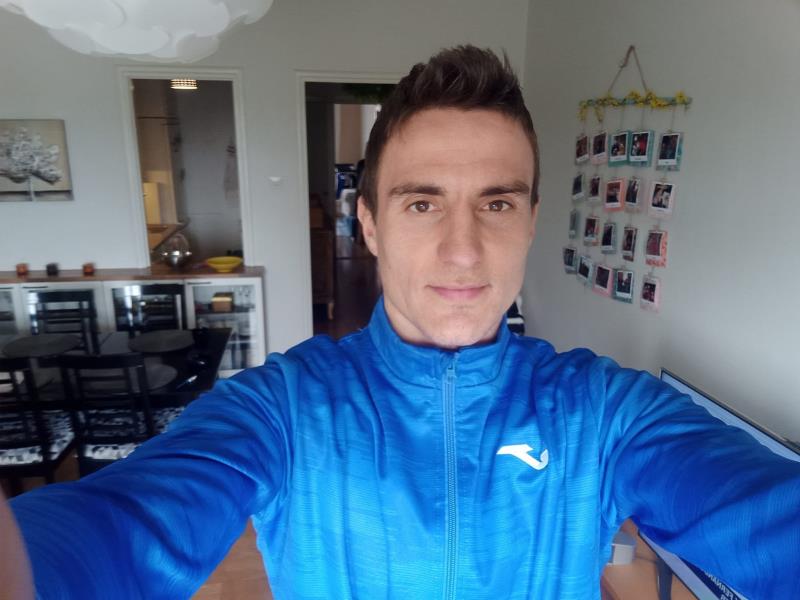 Antonio Reguero (Madrid, 1982) still enjoyed enjoyment under the sticks At 37 years old As if it was the first day. Cantrano, the Real Madrid player who knew the “Galacticos” locker room, also passed Scotland and Finland. There he now plays at HJK. The EFE program was interested in finding out how they are coping with the Coronavirus in that country.

Q: It seems that the Finnish government has begun to take tougher measures against the Coronavirus. No full reservation was issued, but Uusima, where Helsinki is located, has been closed. Is it the best course of action?

A: Yes, given the cases in Italy and Spain and what’s coming in the UK, I think they should have done that a little earlier. There are relatively few cases of infection, in the thousands and by thing. There were also a few deaths. The sooner the better.

Q: Do you see the country ready to face something like this?

A: I think so, because first and foremost, the residents have been in their homes for two weeks. Less densely populated streets are seen. As for the Finnish system and so forth, I think they are ready. But of course, I think one would never be prepared if a pandemic like this arrived. It’s hard to say, but I think so.

Q: Are you grateful that something like this has caught you in a Nordic country? There is a tendency to talk about it as a cradle of well-being …

A: I think there is no good place to go to a crisis like this, but looking at what happened in our country, I always say that we are fine here. The soccer player, apart from viruses and others, is in very good shape because he lives well, the country system is good and you get paid every day. If I had to choose, I would be in Spain with my family, to support people, but you have a feeling of safety.

Q: In your case this comes pre-season, the league was due to start in mid-April. Best in the middle of the league?

A: Yes .. one always fears that the league will not happen until now after it has not started yet. But starting the league as it is supposed to start in June, you still have a good batch of months to keep playing.

If we had 15 matches and there were two or three months of competition, they still had to cancel it. Selfish, I think it will be celebrated. Hopefully, if not, there are already a lot of comments about what could happen to our decades. I hope the league starts in June. It is an advantage compared to other tournaments.

Q: At the national level … is there a disappointment considering Finland was going to play its first European Championship?

A: Imagine. Nothing else was mentioned, in the news or in the newspapers. Even I think it was very good for Finnish football, more fans were expected in our stadiums as people were excited about football again.

Here, the king of sports is ice hockey, but people were very passionate about this kind of thing. This is happening now and they have to wait another year but they are already joking that the team has gone to the European Cup twice, 2020 and 2021.

Q: What is left of the Real Madrid youth team that trained with Casillas and Adan?

A: There are still many, al-Qaeda. It’s the staple in those years I’ve been at the club. My teachers, Manolo Amero, discoverer of Iker Casillas and Antonio Regiro, came to visit me in Finland (laughs). Quarry time This is where you learn most or most of your base. It has been of great value in my career.

Q: Was everything that happened between Casillas and Adan exaggerated when Mourinho decided to sit first and put second?

A: I have always said Adam is a great goalkeeper. The same was not so lucky or the success of Casillas or the other great goalkeepers. Mourinho made at the time a decision that was a lot of controversy because only one plays as a goalkeeper.

But I totally understood it. I tell the kids that I train that they will have technicians to praise them, others send them to the stands and others neither fu nor fa. This is part of Adán y Casillas’ career.

Q: Were you surprised to see Casillas aspire to head the federation?

A: Yes, I was a little surprised but it is also true that Ecker did not appear on the bench or in training sessions, and I don’t know why. And just as you grasp the idea of ​​his candidacy, he may push forward. It surprises me, but I see it there.

Q: The person you see as a coach is Zidane. Do you think there was a technician in it?

A: Not at all. I’ll be honest and say my goings-on when training started were not good at all, I thought he was not the Real Madrid coach. You have eaten and eat my word, you have to take off your hat with everything that you did. It is also true that I think he is a very smart person who knows how to surround himself with a very valuable training device that he trusts very much.

When I trained with him he was a very calm man. Roberto Carlos, Figo or Raul spoke a lot compared to Zidane, who said good morning to you and was the same position he took with his teammates. For me, the trainer’s idea is to be an extroverted person who knows how to run a dressing room. Although it is true that fashion photos have been seen with Zidane speaking very wisely. Often times it’s not the first impression that matters.

Q: I was in the locker room like Real Madrid. What could it mean for a soccer player with the same label to be reduced by 70% of his salary?

A: It’s complicated. Not because of losing that money for them, because they are people with huge paychecks, but because of this instability and uncertainty about where football is going. If Barcelona did that … what wouldn’t they do to us? It’s kind of panic not knowing what’s going on or what’s going to happen with football because there is ERTE everywhere, and salary cuts … that could affect us a little.