Angelique Kerber and 71 other tennis players are in quarantine 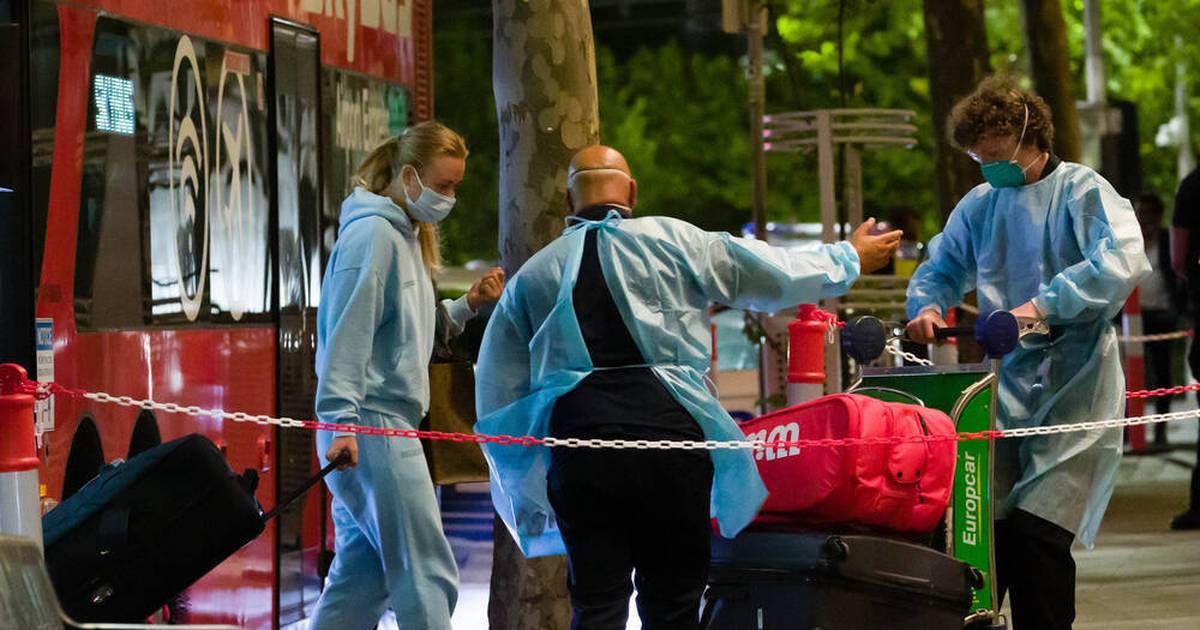 Sure, the big party in Melbourne on Monday wasn’t possible anyway – but at least Kerber wanted to hit a few balls on the tennis court and soak up the sunshine and fresh air in the Australian summer.

But this will not work for long: after entering the country, the three-time Grand Slam winner is subject to strict quarantine, and it is hardly possible to purposefully prepare for the Australian Open (from February 8).

Kerber is in quarantine

Instead of enjoying at least five hours a day for training and treatment, the woman from Kiel, like 71 other professionals, is not allowed to leave her hotel room for two weeks.

“We have been informed that someone on our flight has tested positive,” Kerber wrote on Twitter on Saturday. In addition to its flight from Abu Dhabi, flights from Los Angeles and Doha were also affected. A total of five positive cases were announced by Sunday, but none were among them.

A level playing field is long gone, Australian Open preparations are turning into a farce: Alexander Zverev and French Open winners Kevin Kreowitz and Andreas Mies have arrived next. SID– The information went without incident, as of Monday for two hours a day on the tennis court, Kerber and Co have to keep as fit as possible in the hotel room in the face of this blatant defect, some of the injured have left their anger rising.

“Sorry, but this is crazy,” Alise Cornet wrote in a tweet: “Weeks of training and hard work for the cat because one person is infected with the Coronavirus on board an empty three-quarters of it.”

The Frenchwoman later retreated: “I must apologize to Australians for my last tweet (now deleted),” the 30-year-old wrote. Her tactless comment was, “I should have shut my mouth.”

The Australian Open is controversial

Swiss Belinda Bensic is angry. “We do not complain about being quarantined. We complain about unequal conditions for training and playing before the very important tournaments,” she wrote.

The double specialist Krawietz struggles with his teammates. “I hope there is a solution for them so that they can train in some way,” he said. SID.

However, local health authorities are unlikely to allow themselves to relax their stringent requirements. After Australia took control of the virus after a month of lockdown, it has already become controversial among residents.

The fact that the head of authorities, Emma Kassar, has already reported the first quarantine violations, does not contribute to increased acceptance. For example, a professional was said to have opened his room to chat with other players in the corridor of the hotel.

Kerber must practice in a hotel room

Kerber and her fellow patients have no choice but to get creative on their own in the hotel room. Pensic played tennis with the glass of the window, while Uruguayan Pablo Cuevas and the Kazakh girl Julia Potenzioa hit the balls in front of mattresses on the wall. Of course, this is nothing more than entertainment.

Explore the world of SPORT1 games now – Right this way!

“It will take at least three weeks to be in good shape again,” wrote Roman Sorana Kirstia after isolation.

However, after the quarantine, there was only one week left to train on the field. Tournament director Craig Tilly has already ruled out another postponement of the Australian Open in an interview with Channel 9 and promised: “We will do our best to create acceptable conditions for the professionals.”