Androulakis, elections in Chile and relations with Latin America 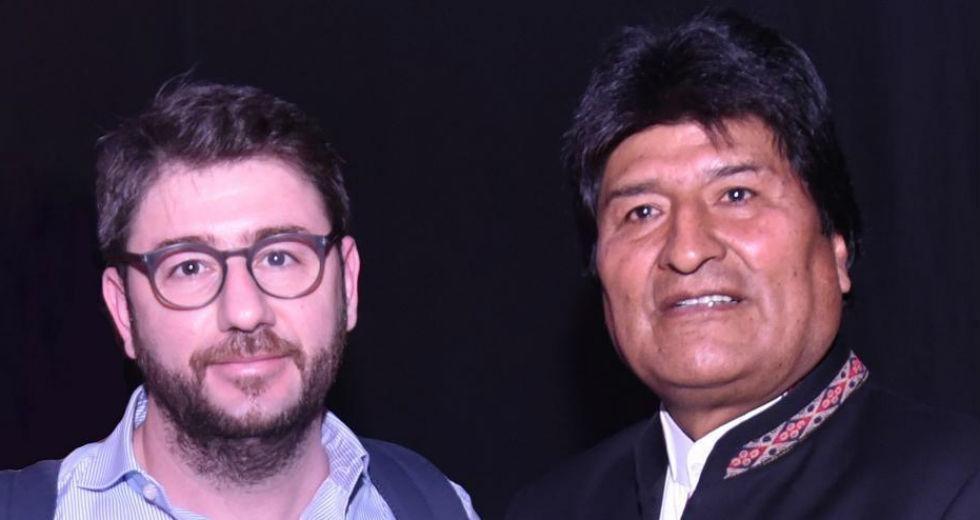 How the election of Chile’s new president, Gabriel Boric, has brought to the fore the relations between the new PASOK president and the countries of Latin and Central America.

The special relations that Nikos Androlakis has with Latin America, which he has visited in recent years, are underlined by the electoral victory of Gabriel Boric in Chile.

Not many people know this, but the new head of PASOK, as a member of the European Parliament and in particular the Vice-President of the Parliamentary Assembly of the European Union – Latin America, was closely interested in the situation prevailing in these countries.

Indeed, in 2018 and 2019, at missions organized by the European Parliament, he had the opportunity to see closely the problems that people face and discuss them with their representatives at the highest level. It is customary to visit him in Bolivia and Peru, where he met with the leftist Bolivian President Evo Morales (from where the relevant picture came from), but also to Guatemala, a Central American country with its volcanoes and great Mayan culture.

Nikos Androllakis could not help but send a congratulatory message to the newly elected President of Chile, expressing his and PASOK’s full support “in the fight against inequality, the preservation of the natural environment, and the promotion of social rights, human rights and democratic institutions”. He added that by being elected president of his country, “the Chilean people have shown that they want change from the current system and hope for a more open and just society without exceptions.”